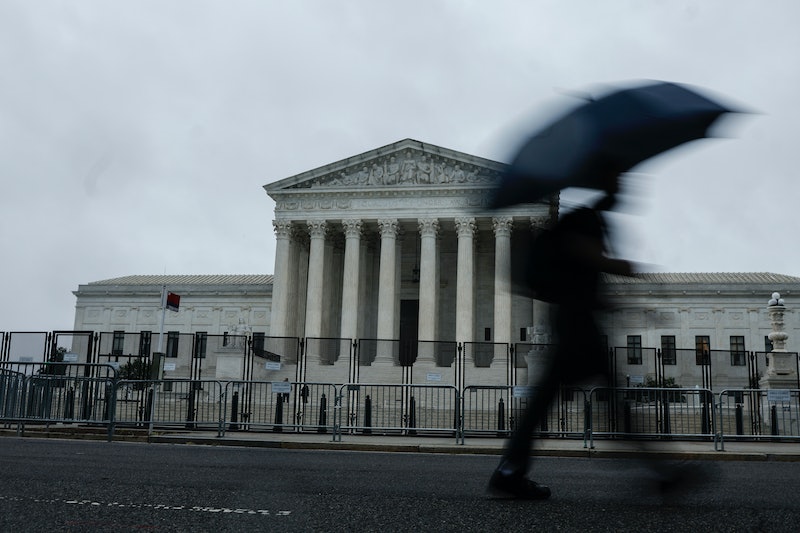 On Friday, June 24, the U.S. Supreme Court issued its ruling in the case Dobbs v. Jackson Women’s Health Organization, which concerned a Mississippi law banning abortions after 15 weeks. In a 6-3 decision, the court ruled in favor of the ban, setting back nearly 50 years of reproductive rights. The decision overturns Roe v. Wade, the 1973 case affirming the constitutional right to terminate a pregnancy in the United States, and overturns Planned Parenthood v. Casey, a 1992 case that upheld the constitutionality of Roe.

According to the Guttmacher Institute, a reproductive rights research and advocacy group, 13 states are poised to outlaw abortion almost immediately due to trigger laws, while another nine have unenforced abortion bans on their books. Four additional states are likely to enact new bans soon.

The Supreme Court’s decision has been widely anticipated since Politico published a leaked draft of a majority opinion in May, authored by Justice Samuel Alito. In that draft as well as the final decision, he called Roe “egregiously wrong.”

In their dissent, the court’s three liberal members, Justices Sonia Sotomayor, Stephen Breyer, and Elena Kagan, wrote that, with this ruling, the Court “says that from the very moment of fertilization, a woman has no rights to speak of.” They continued, “Whatever the exact scope of the coming laws, one result of today’s decision is certain: the curtailment of women’s rights, and of their status as free and equal citizens.”

In the last few years, the political environment has become increasingly hostile to abortion access. A June report from the Guttmacher Institute found that the number of abortions increased in 2020 after a 30-year decline, increasing 8% from 2017 to 2020. Though recent FDA regulations have expanded access to medication abortion, which allows people to safely terminate pregnancies at home, research suggests that people who need abortions in states where the procedure is banned will most likely leave the state to get healthcare. Additionally, legal experts have suggested that the overturn of Roe, which gave Americans the right to end a pregnancy based on the right to privacy, could pave the way for further erosion of reproductive rights.

“We cannot overstate the devastating impact that this horrific decision will have on millions of people across this country,” wrote Reps. Diana DeGette (D-CO) and Barbara Lee (D-CA), leaders of the House Pro-Choice Caucus, in a statement emailed to Bustle. “By disregarding fifty years of legal precedent, the U.S. Supreme Court has effectively stripped away from 36 million women the freedom to control their own bodies and have handed that power, instead, to the politicians in their states.”