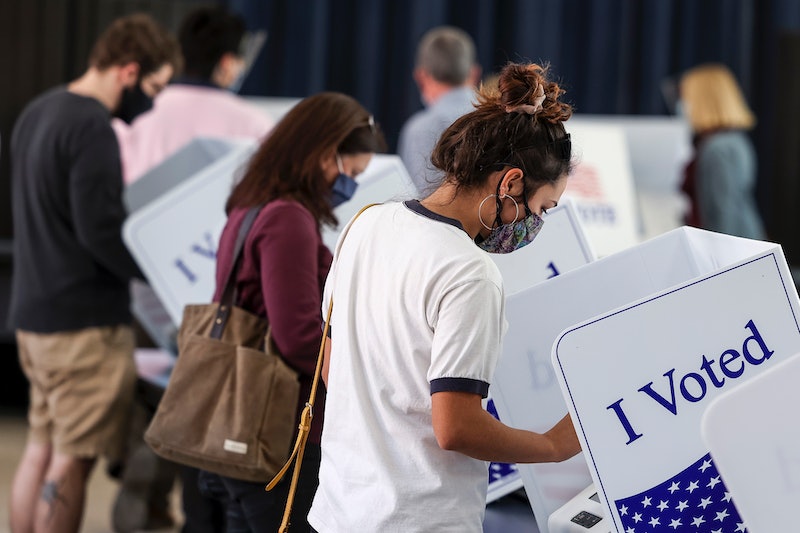 Election Day is here, so you can expect talk of the magic "270" electoral votes, the number needed to win the Presidential election, to be filling screens across the nation. Additionally, there will be plenty of analysis examining the various "paths" for each candidate to reach that special "270." But where does the number come from, and what does it mean?

The Electoral College has been America's process for electing presidents since its inception. At the Constitutional Convention of 1787, members debated a variety of ways to elect the president. They considered allowing governors to choose, or some select group of House members, as well as a simple popular vote. But eventually, they agreed to give citizens some voice in who their president would be, while also guarding against the "mob mentality" which many feared, rejecting the "one person, one vote" system of direct democracy.

Instead, the founders assigned a certain number of electors to each state based on their populations. Voters then and now cast their ballots to nominate electors, who then go on to vote in the presidential contest, with the understood obligation to cast their ballot for the candidate chosen by the majority of their constituents.

In total, there are 538 electoral votes, meaning that earning 270 or more means a candidate has won the presidential election. One interesting thing about the Electoral College is that Democrats tend to begin with far more "guaranteed" votes. Myra Adams at The Daily Beast argued that certain states are always going to vote for the Democratic nominee, saying:

After totaling the electoral votes in all the terminally blue states, an inconvenient math emerges, providing even a below average Democrat presidential candidate a potential starting advantage of 246.

Not everyone agrees with Adams though, and in 2016 seven electors voted against party’s candidate. While Clinton won the popular vote, Donald Trump won the Electoral College with 304 votes versus Hillary Clinton's 227 votes.

If you're curious how each state makes a difference in the overall outcome, you can build your own personalized path to 270 using The New York Times ' interactive diagram, where states are organized according to Cook Political Report ratings.

This article was originally published on Oct. 26, 2016