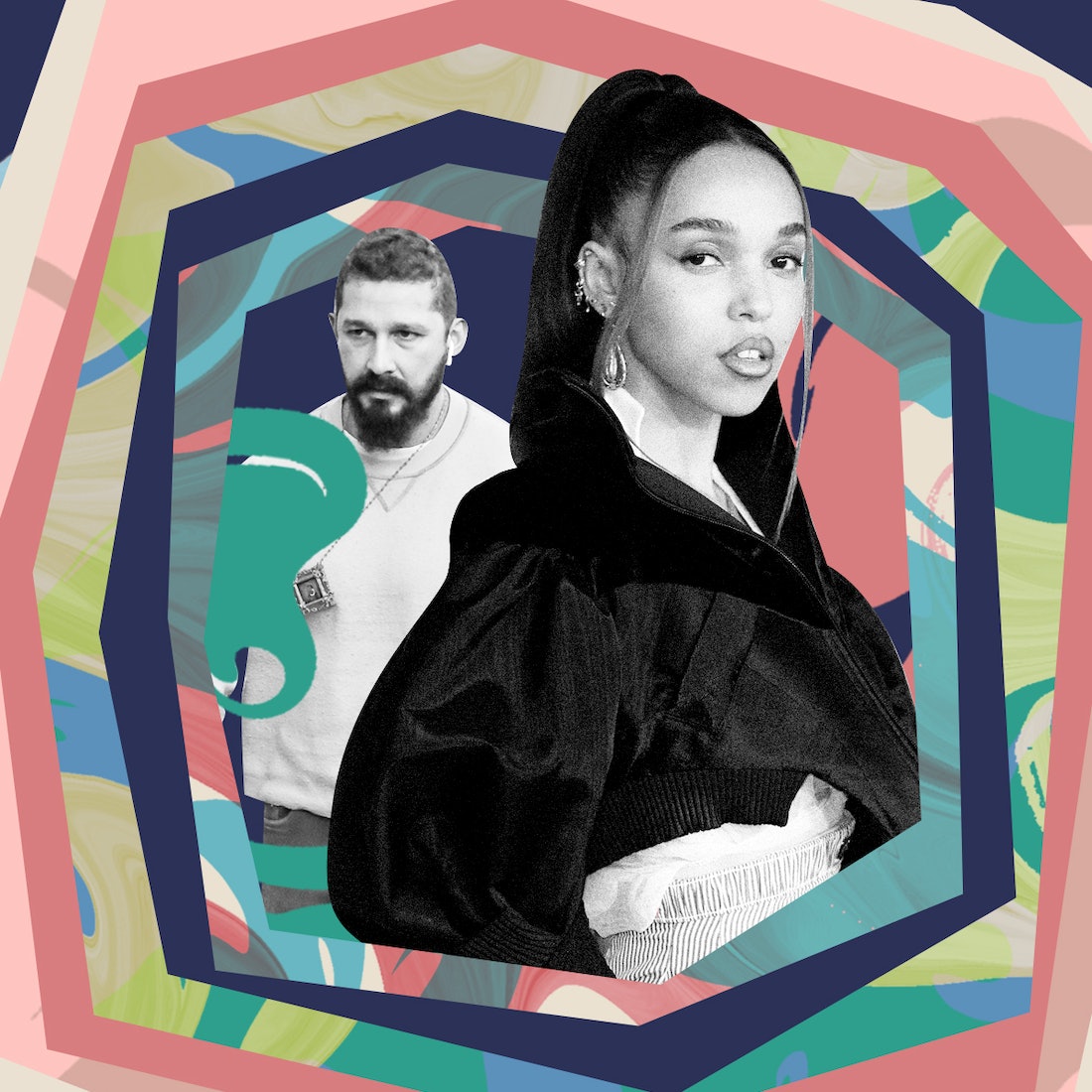 In her album Magdalene, FKA twigs tells the story of dating a man so idolized by the world that the public scrutiny causes her to question her worth. In the Bible, Mary Magdalene is the companion of Jesus, one of the first to witness his resurrection, but accounts of who she was vary widely — each version supporting what certain fans of Christ want to believe. Some claim she was a prostitute. Others a healer and spiritual leader in her own right. Some stories claim she was his wife.

FKA twigs composed Magdalene amid the private heartbreak of her public breakup with ex-fiancé Robert Pattinson. She was preparing for the Magdalene world tour when she met Shia LaBeouf. Her lawsuit against LaBeouf — made public last Friday — charges the actor with sexual assault, battery, knowingly infecting her with an STI, and months of relentless abuse. At the heart of the allegations is a description of a shockingly violent incident that twigs claims happened just after Valentine’s Day of 2019 that involved LaBeouf driving twigs through the desert in a speeding car he threatened to crash if she did not profess her love for him, and then throwing her against the car while screaming in her face at a gas station, after she begged to leave. This incident would have happened around the time FKA twigs was training and rehearsing for her Magdalene tour, a mere three months before the show premiered at Los Angeles’ Palace Theatre, a debut Rolling Stone described as "dazzling."

I saw the Magdalene tour twice. It was all I could talk about for months, I was so blown away by it. It’s a phenomenal showcase of FKA twigs’ skill as a choreographer, director, chamber musician, gymnast, and sword fighter (yes, sword fighter). Each would be a tremendous undertaking for an artist, and FKA twigs executed all of them flawlessly on stage, across the world, 31 times during her alleged abuse from Shia LaBeouf and in the aftermath, in addition to releasing and recording the Magdalene album. None of us in the audience knew what she was going through. And when I look back now on not only what she survived but what she accomplished, all I can think is… holy f*ck.

Shia LaBeouf is not innocent of abusive behavior. In his email statement to The New York Times, he denied many of the allegations but admitted, “I have no excuses for my alcoholism or aggression, only rationalizations. I have been abusive to myself and everyone around me for years.” But now it feels like he has spent much of his career grooming us to think of the history of abuse, alcoholism, and violence that has littered his career as the price the world pays for his talent, as the notoriety he has amassed as a tortured artist.

Until the past few years, I was only familiar with the term “grooming” in connection with child abuse cases, where it describes “a preparatory process in which a perpetrator gradually gains a person’s trust with the intent to be sexually abusive,” according to the American Bar Association. But, as a survivor of childhood molestation and, in my older years, assault and harassment, I have worked with several trauma-trained therapists who have helped me learn to assess signs of grooming in my adult life, as a common tool used by abusers to weaken the defenses of their victims and anyone who might bear witness to the abuse.

It’s hard not to see the familiar pattern of abusive relationships in the little the public knows about FKA twigs and LaBeouf’s relationship. Research has shown that, in the case of child abuse, abusers tend to target victims who are perceived to be attractive, accessible, and vulnerable; we know that LaBeouf cast twigs in his autobiographical film, Honey Boy, when she was recovering from the toxic media attention that surrounded her relationship with Pattinson (the same kind that Meghan Markle, another Black woman artist partnered to an iconic white man, endured before she and Prince Harry left royal life behind). LaBeouf’s offer was an opportunity to step out of the shadow of her engagement and into the U.S. mainstream, and what could be more alluring than the sense that, in their eyes, you shine for all the ways you are underappreciated?

In the lawsuit, FKA twigs says LaBeouf showered her with “over-the-top displays of affection” in the early stages of their relationship, another textbook stage of grooming, in which an abuser charms and gains the trust of their victim and the community. It’s also often a phase of shared secrets and intimacy: Since many abusers are survivors of abuse themselves, hearing what they have suffered makes us, as victims and witnesses, more willing to forgive the pain and violence they inflict upon others.

In Honey Boy, FKA twigs’ first major film role, she plays the character of Shy Girl with the complexity and nuance that make her such a captivating musical performer. But the character she plays is a provocative neighbor who befriends a 12-year-old Shia LaBeouf and seduces him. Although the film never says so, there is the insinuation that Shy Girl might be a prostitute. She and the preteen LaBeouf do no more than cuddle on screen, and the scene plays across a voiceover of Shia LaBeouf’s father (played by LaBeouf himself) at an AA meeting, admitting to being registered as a sex offender.

Without the sexual battery, assault, and infliction of emotional distress charges now looming over Shia LaBeouf, perhaps we could think of Honey Boy as an unsettling but necessary piece of cinema. But the movie also primed his fans for the abuse FKA twigs would suffer, because it depicts a world where she is the aggressor and he, the victim. People have a hard time separating art from life. That may feel hard to believe, but look at how quickly we stop talking about the charges filed against Megan Thee Stallion’s alleged shooter — another Black woman with a seductive stage persona, another alleged crime — as if being provocative is a good enough reason for a woman to be shot. “I just thought to myself, no one is ever going to believe me,” FKA twigs said in response to why she never called the police. “I’m unconventional. And I’m a person of color who is a female.”

When I think about FKA twigs, I realize that we call people who come forward about sexual abuse, harassment, assault, and battery “brave” because we have grown numb to living in a world that privileges their aggressors. We’re not honoring the danger and pain survivors have already overcome to still be here. We mean they must be ready to face the torment that comes with demanding justice that we ourselves are not: the ridiculous questioning, the assaults on their character, the humiliating accusation that they have only come forward to steal space for themselves in the spotlight. I have seen FKA twigs under the spotlight. The only thing she steals away is your breath.