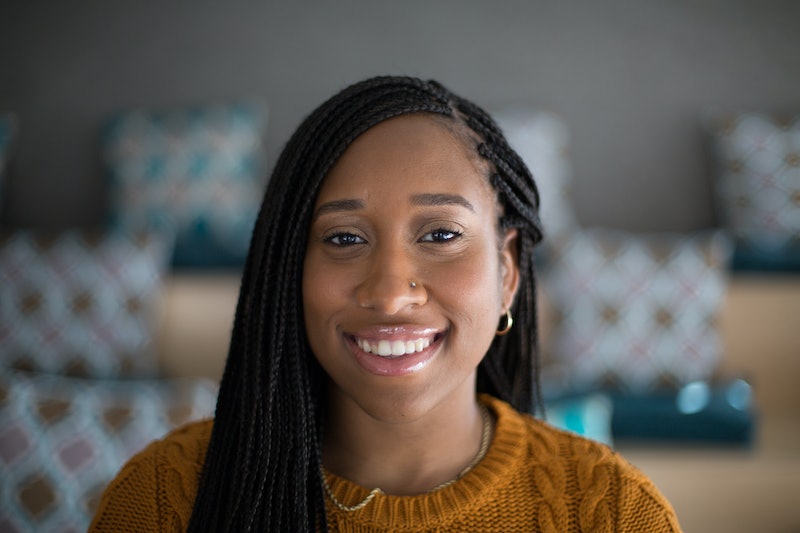 Kaya Thomas wasn’t always certain about her career as a software engineer, but – much like technology itself – she underwent a natural evolution powered by curiosity and innovation. Before Thomas became a Senior Software Engineer at Calm or developed her We Read Too app, Thomas had a different form of engineering in mind.

“I didn’t know that software engineering was a thing when I was younger. I thought you could be a construction engineer or a mechanical engineer,” Thomas says, adding that she initially declared an environmental engineering major when she arrived at Dartmouth. “When I started college, I realized a lot of what environmental engineers do is very focused on climate change, so it’s studying ice and rocks – which is important – but I knew I wanted to do something else.”

During winter break of her freshman year, Thomas saw a video that would alter the course of her career. “I came across Kimberly Bryant, the founder of Black Girls Code. She did a TEDx talk in 2013 about how more women and girls of color need to be exposed to coding,” she says. From there, Thomas signed up for online coding classes – first tackling the coding language Python – and resolved to switch her major once she returned to Dartmouth. As she made her way through various internships like TIME Media and Apple, she would become involved with the organization that first inspired her. “I sent a message to Kimberly Bryant just saying she inspired me to make this leap,” she said. Bryant would then extend an invitation to act as a mentor in one of the organization’s inaugural hackathons.

“I’ve been volunteering ever since.”

Once she fully devoted herself to the world of coding, Thomas’ career hit the ground running with a job at Slack lined up before she even graduated. While her experience and skills were building an impressive resume, they also helped her bring a long-held idea to fruition in the form of her app, We Read Too.

“I had the idea back in high school, before I even learned how to code,” she explains. An avid reader since childhood, Thomas was beginning to be affected by the lack of diversity in the books she read. In 2016, a University of Wisconsin study indicated that people of color only accounted for 22 percent of the characters in children’s books that year. The absence of dynamic characters she could relate to began to affect her self esteem. “Books had always been a means of escape but instead became another source of pain. When I started to do my own research, I found that there were obviously a lot of Black authors and authors of color. They just aren’t the kind of books you can find when you go to the library or the regular bookstore.”

In the end, she created a directory app that allows users to browse through hundreds of titles from authors including bell hooks and Nnedi Okarafor, as well as hundreds more. Users can find books by searching for specific authors, titles, or age groups. Despite these innovations, Thomas’ career hasn’t always been without its own obstacles. “For me, it’s this feeling you get when you’re the only one,” she explains. While she notes she was surrounded by a diverse group of colleagues during her time at Slack, she knows it’s a rare occurrence. “It’s hard to know in those moments because you wonder, Am I cut out for this? Can I do this?” Thomas credits the support of the online-turned-IRL communities of other Black tech professionals for helping her to stay inspired.

As technology continues to change at whirlwind speeds, Thomas says the most important part of staying happy and successful in her field is starting out with a genuine love of learning, not just the pursuit of being immediately hirable for high-paying positions. “I think going after jobs does a disservice to students and young people who want to learn how to code and potentially go into software,” she added.“I don’t think that’s the way to approach it because you’re going to frustrate yourself, and then you’re not going to be able to focus on that foundational knowledge that you really need.”