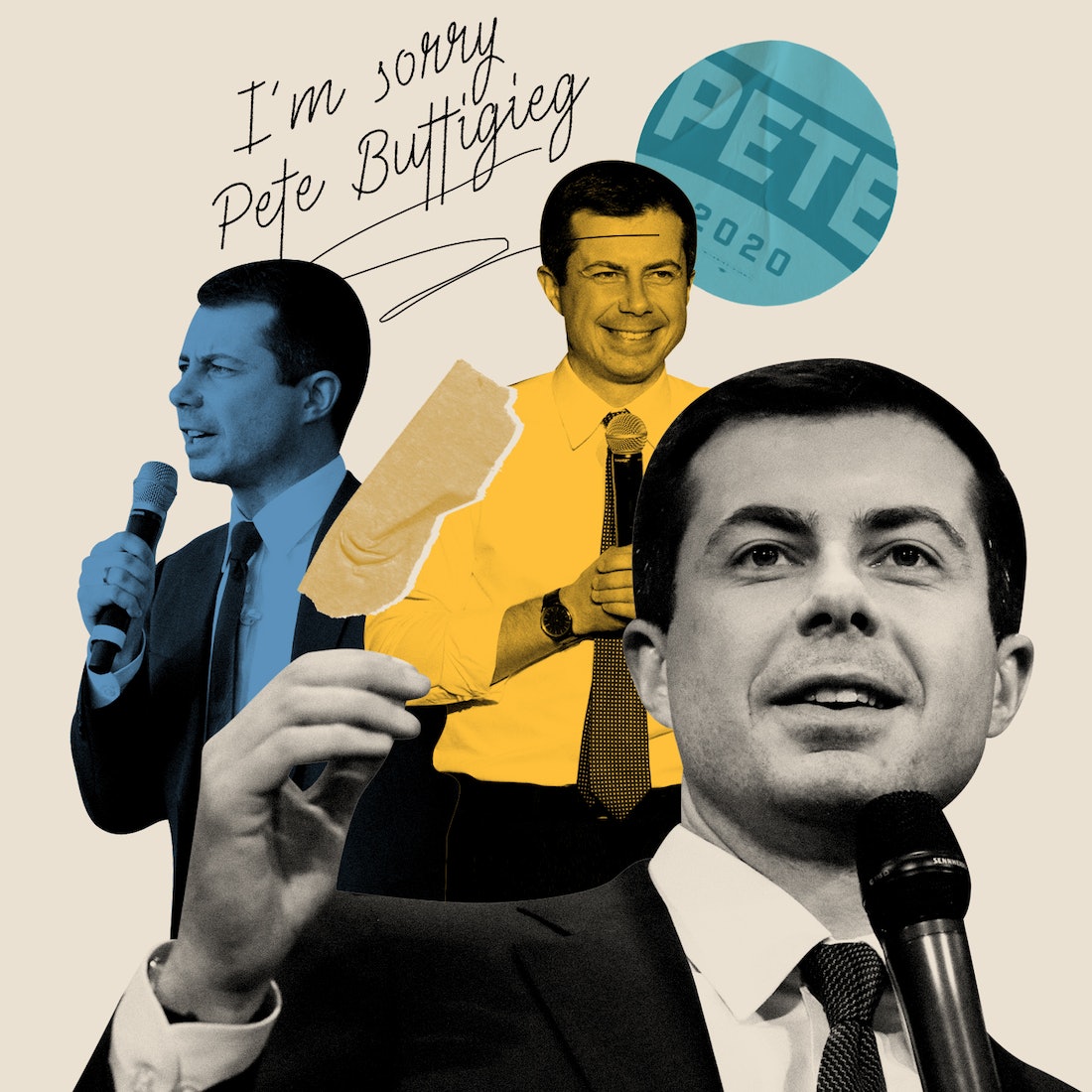 Who is that liberal live wire, telling Fox News anchors “he has a bridge to sell them”? Tweeting about his blood pressure while watching the presidential town halls? Making Busy Philipps cry, in a good way?

It’s Pete Buttigieg, your least favorite candidate for the Democratic presidential nomination. In an October surprise that's more "treat" than "reason to move up this week's therapy appointment," the former mayor of South Bend has become the top media surrogate for the Democratic Party, tasked with saying what the candidates can't.

Who would have picked him for this job during the primary? Back then, Buttigieg read as underqualified and overengineered, with an incoherent resume that seemed designed to appease antipodal forces within the party. He spoke in an off-putting way, full of pained sweetness, like an adult child telling their parents how to reboot the modem for the thousandth time. But as a party lackey and a visitor from a more hopeful time, Buttigieg is all right.

The redemption arc began when it was reported that he was helping Sen. Kamala Harris prep for last week’s debate. There was a revealing symmetry to Buttigieg playing the role of Vice President Mike Pence, another blandly ambitious Hoosier beloved by billionaires. His casting offered the practical satisfaction of the right tool for the task — boy geniuses make agile mimics — and it was probably a little nice to see the 38-year-old in a subordinate role. This was the job Chris Christie did for President Trump.

In the weeks since, Ruth Bader Ginsburg died, Republican efforts to disenfranchise voters grew more shameless, and the news became a daily testament to the ways in which our government is structured to benefit a political minority of hardcore Republicans and the superrich, regardless of what voters want.

All of which may have reminded you of a certain Norwegian speaker’s signature planks. Buttigieg campaigned on repairing democracy: killing the filibuster, expanding the Supreme Court, extending statehood to D.C. and Puerto Rico. Good ideas, but losingly pedantic ones, I thought, especially compared to popular, visionary ideas like the Green New Deal and Medicare For All. These days, though, it feels like, without first tackling Mayor Pete’s pet projects, a humane health care system and a habitable climate will only slip further out of reach.

But to pinpoint the moment redemption became admiration, one has to look at his recent Fox News appearances. Discussing the September Atlantic report on Trump’s disdain for the military, Buttigieg — a veteran who could have gone full moral high ground — dwelled on how funny it is that Trump tried to deny the report, parts of which he has tweeted in addition to reportedly saying in private. Last week, on the topic of Kamala Harris’ alleged flip-flopping, Buttigieg easily explained why everyone adjusts their views as the primary becomes the general, then seemed to find genuine pleasure imagining the compromises evangelical Pence made teaming up with Trump. Last weekend, he got a lot of love on Twitter for an answer he gave Chris Wallace about late-term abortion back in 2019. The soundbite may not move progressives, but it accurately reflected the way the majority of Americans feel about abortion: conflicted, and reluctant to make the decision on someone else’s behalf.

The beat of silence that follows Buttigieg's responses suggests that, against all evidence to the contrary, one can still be heard.

Personally, I don’t think the content of Buttigieg’s Fox News clips totally explain why they have been an inflection point for his likeability. Partly it’s his vibe. Pundit Pete is so different from presidential-hopeful Pete. He sounds one-and-a-half-drinks loose, a little hopped up on the friction, his eyebrows conveying something that looks like it might be irony.

More than his delivery, though, is the way, in each appearance, he’s able to finish a thought. Credit where credit is due, Buttigieg speaks quickly, sneaks in a criticism, then returns to land his point cleanly. He doesn’t leave loose ends for the hosts to grab on to, discarding the meat of his response. The Daily Beast called it "popping the Fox News bubble," but really it’s the everywhere bubble. In the presidential debates, on liberal Twitter, on the Real Housewives, people’s realities seem too individualized for anyone to agree to the terms of the discussion, let alone for conflict to end conclusively. It’s too much to say Buttigieg “wins” his Fox News interviews, but the beat of silence that follows his responses is satisfaction enough. It suggests that, against all evidence to the contrary, one can still be heard.

Public relations is a sinusoidal business. We get to know you, we come to resent you, we forget about you, we're happy to see you again. Soon, this wave of affection will crest into cringe-inducing hero worship — it has already been suggested we call him "Slayer Pete." Now is the time to tune in and rediscover the joy of watching a smart aleck land one.