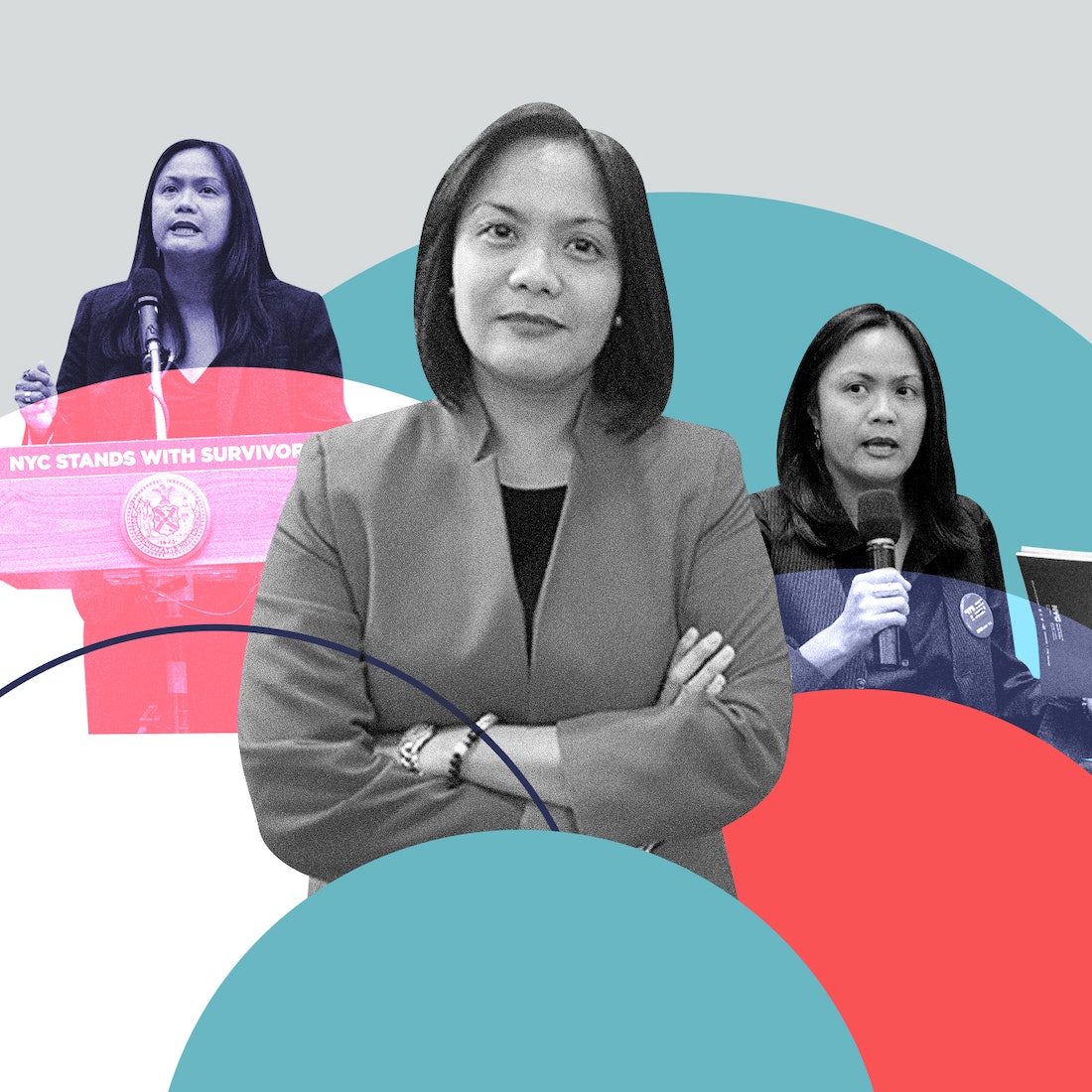 Carmelyn P. Malalis has done the impossible. In 2020, she's crafted a pitch-perfect email opener. “I hope you and your family are OK. I know it's too much to think that you're doing well,” it reads. It captures the right sentiment, she says, of both well-wishing and acknowledging pain: “That’s the baseline right now. There's a lot to be feeling pain about.”

Malalis is used to responding to pain. Since 2015, she's served as the chair and commissioner for the New York City Commission on Human Rights (NYCCHR), the agency tasked with overseeing the city’s discrimination and harassment cases, whose jurisdiction covers issues like housing, employment, and public accommodation. According to her office, since February they've received 384 reports of discrimination related to the coronavirus, 145 of which were anti-Asian. (Last year at this time, they’d received just 11 anti-Asian complaints.)

It's a job that could wallop an empath in one afternoon, hearing and responding to stories of discrimination in your community, the global pandemic notwithstanding. Malalis stepped into action, creating a COVID-19 Response Team, which organized virtual town halls and allocated $100 thousand for an informational campaign available in Cantonese, Fujianese, Korean, Mandarin, and Tagalog.

When we speak over the phone in June, I ask how she's doing. “My family has been healthy, I have a job, my wife has a job, and our children are near us,” she says. “It's like, God, I’m privileged. But in a more conceptual way, I’m exhausted.”

I am not the picture of power that people envision in their heads.

By Memorial Day, weeks before New York City entered Phase 1 of reopening, a white Upper West Sider, Amy Cooper, called the police on Christian Cooper, a Central Park birder. That same day, about 1,200 miles west, George Floyd was killed in Minneapolis, sparking a global effort to confront a separate public-health crisis, of anti-Black racism. A few days later, Malalis opened a discriminatory investigation into Amy Cooper. (Because it's an ongoing case, of which she'd be the eventual adjudicator, she can't comment on its status.) On July 6, the Manhattan district attorney announced that Ms. Cooper will also face misdemeanor charges for filing a false police report.

“For many folks, I am not the picture of power that people envision in their heads,” says the commissioner, who oversees a team of 157 that collectively speaks more than 30 languages. “When I walk into a room I’m a lesbian. I’m the daughter of immigrants from the Philippines, [and] my wife is an immigrant from Ethiopia. Our focus communities are exclusively the communities that have not trusted [the] government.”

Regardless of her intent, however, Malalis is still “the government.” And while every Black kid in the United States knows that it's technically “illegal for law enforcement to target someone because of race,” they also know the reality of being Black in America. Why would someone from a marginalized community turn to the law for help — or to the government, for that matter — when their bodies are too often targets of unwarranted violence, surveillance, and policing?

“The entire reason I came into government is so that people who generally don't have resources, or experience positivity from government, can say, ‘Somebody in government gets me, sees me, [and] is looking out for me,’” she says.

Malalis was born in suburban New Jersey to parents who immigrated from the Philippines in the late 1960s. Her plans to study medicine were upended at Yale University, where she switched from pre-med to women's studies before attending Northeastern’s law school. “From very early on, there was an awareness that my family was treated differently, for no other reason than the fact that we didn’t look like other people,” she says.

In 2014, after working as a fair employment attorney for more than a decade, she was appointed by Mayor Bill de Blasio to her current role. She replaced a longtime Michael Bloomberg appointee, Patricia Gatling, who was fired after New York Attorney General Letitia James, then a public advocate, sent a letter to de Blasio lambasting Gatling's "moribund" agency. A few months later, when announcing Malalis' hiring, The New York Times called the NYCCHR “largely toothless."

Since then, Malalis has grown her staff nearly threefold, from 55 to 157 people, and the agency's budget has increased 260% since 2014. In 2014, the NYCCHR received 4,975 inquiries and opened just 633; during the last fiscal year, it reported receiving 9,804 complaints, filing 1,470, and handling another 544 without engaging the legal process.

On June 15, when the Supreme Court announced its decision on Bostock v. Clayton County, Justice Samuel Alito even referenced the NYCCHR in his dissenting opinion. (The 6-3 decision, which Alito opposed, protects the LGBTQ community from employment discrimination.) "Some jurisdictions, such as New York City, have ordinances making the failure to use an individual’s preferred pronoun a punishable offense," he griped in legal parlance.

It's just the latest feather in her cap with regard to national attention. In February 2019, the NYCCHR banned discrimination based on people’s hair or hairstyles, with guidelines specifically protecting “locs, cornrows, twists, braids, Bantu knots, fades, [and] Afros.” A year later, the commission announced a landmark settlement between the civil rights attorney Chinyere Ezie and Prada over the brand's blackface figurines, which were used in a Prada SoHo window display. (The non-monetary settlement requires racial-equity training for many Prada employees, creates a scholarship program for historically underrepresented students in fashion, and mandates the hiring of a diversity and inclusion officer.)

[Restorative justice] is not focused on monetary relief. It focuses on changing the underlying industry and assumptions.

It's an unprecedented move for the government to regulate imagery, much less from a storied fashion house. But throughout her tenure at NYCCHR, Malalis has made addressing anti-Black racism a central tenet. Ezie views the Prada settlement as a form of restorative justice, a community-based approach to punishment that emphasizes healing rather than compensation. The NYCCHR had “a creative vision for what remedy and recompense might look like," Ezie tells Bustle.

It begs the question: Is Carmelyn Malalis the future of restorative justice?

When thinking about restorative justice, Malalis looks to Amy Cooper’s case as an example: The incident was shared widely on social media, prompting reports from myriad news outlets, with the video itself garnering more than 44 million views. “The focus is always, 'How do I compensate the victim for their loss?' It's very individualized,” she says, referring to traditional justice work. “But community harm is experienced by repeat acts of racism. So [restorative justice] is not focused on monetary relief. It focuses on changing the underlying industry and assumptions.

“Before the dawn of social media, we might've thought of ‘community’ as, 'How does this affect my family?'” Malalis adds. “Now it's everybody who can see themselves in that place.”

Editor’s Note: This article was updated at 3:45 p.m. ET to include information about new charges against Amy Cooper.