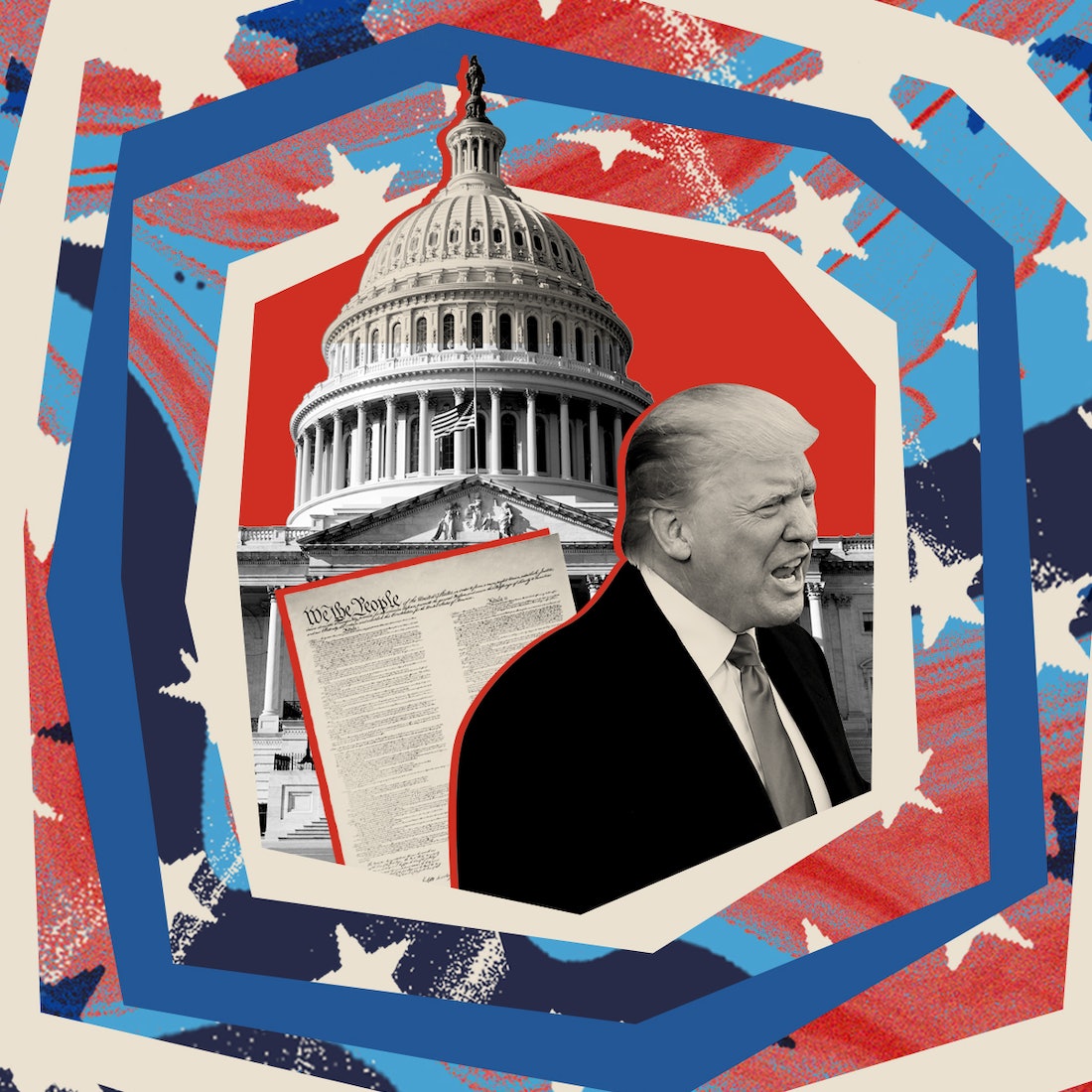 In the wake of Trump’s acquittal, I’ve noticed a lot of people calling the Republican senators who refused to convict Trump on his second impeachment “cowards.” It is a read of this historic movement that I hope we can quickly undo. Republicans didn’t vote down Donald Trump’s impeachment out of cowardice. They voted out of compliance.

Every time a constitutional crisis arises — all the time, these days — we seem to have selectively forgotten that white supremacy is, and always has been, the primary edict of the American constitution. Lots of laws have been passed since its original construction to retrofit representation for a diverse and growing nation. But the foundation of this country remains the same. The fact that 57 senators, Democrats and Republicans representing 61.6% of Americans, voted Trump worthy of impeachment but lost to 43 Republican senators, representing 38.2% of Amercians, says a lot more about the deeply biased rules created by our founding fathers than it does about the spines of Republican senators.

The two-thirds majority vote required by the U.S. Constitution for conviction may have been intended to restrict the removal of a president to cases that had a very high level of popular support. But because of the lopsided makeup of the Senate — where sparsely populated, mostly white states enjoy as much representation as densely populated, diverse ones — it works very much like one of America’s other early prejudicial laws, the three-fifths compromise. America is a democracy, but it’s not a direct democracy, it’s a representative one. How much a vote counts is based on how much of a certain population each vote is expected to represent, and that representation skews heavily in favor of one particular voting demographic: wealthy, white, and male — like the original drafters, like Trump himself. In drafting the Constitution, they must have recognized that, in a democracy of the people, their money and social privilege wouldn’t always keep them the dominant voice.

Collectively, Black, Indigenous, and Latinx people, poor white people, and women far outnumbered the rich men credited with founding this country. Yes, those ranks included poor white men — who they considered an entirely different class of people — and their wives and daughters, who they considered property. They didn’t think of any of us as citizens yet, but they did understand our massive potential. And that over time our growing awareness of our strength would shift the balance of control. The founding fathers used the Constitution to write rich, white men into power indefinitely by dividing our personhood into a hierarchy of white-proximity so that we would not see our unifying disenfranchisement, and by creating rules that gave representation by the rich minority more weight than the majority. America’s long history of voter suppression stems from these two principles and has continued to be repealed by constitutional revisions like the 15th Amendment and the Voting Rights Act of 1965 but, despite advancement, our voting system still protects and privileges rich white men, as it was meant to, and has for hundreds of years.

One of the things we often miss when we lament our current state of minority rule is that the strides for equal rights made by the American civil rights movement didn’t come solely through the votes and protests of activists. It came largely from the government’s realization that its brand was at stake — its global reputation as a place of white innocence, wholesomeness, and freedom — and course-corrected accordingly. America took stock of the changing tide because many of the young, eloquent, attractive civil leaders of the time had growing affiliations with the Communist Party.

Activists like Malcolm X, Dr. Martin Luther King Jr., Angela Davis, and Cesar Chavez — but also people like writer Lorraine Hansberry, heavyweight champion Muhammad Ali, beatnik Allen Ginsberg, and musician John Lennon — recognized that an American Constitution written by rich white men, for rich white men (whether Democrat, Republican, or otherwise) would never hold space for everyone, and used their platforms to say so. All of them were tracked by the FBI as agitators to the American agenda and others were incarcerated or assassinated — a legacy being revisited in recent films like The Trial of the Chicago 7 and Judas and the Black Messiah. But America couldn’t push its idealized democracy on the world while its favorite playwrights, prizefighters, poets, and pop stars were fighting with everyday people against the realities of American inequity, war, and violence; entertainment was — and is — one of America’s greatest exports. And America became more “civil” during the civil rights movement in order to sustain itself.

On Twitter, comedian W. Kamau Bell called the whole impeachment “a referendum on whether or not white supremacy should continue to be the organizing principle of The United States of America.” Looking back at the political suppression of artists, BIPOC activists, and allies in this country, I fear he is right. The Republican senators who voted against Trump’s impeachment might have worked against the function of ethics but not the function of our government. Instead, they upheld it. If fear was a factor in the Republican vote, it was fear of what America would look like if it held rich white men accountable. We call maintaining this social order “white privilege” but we need language that is more insidious. Compliance is a state of upholding a law or command to evade the responsibility of acting out of morality, good conscience, or even your best interests. It’s an “unworthy or excessive acquiescence.” This is what we are witnessing in the failure of Trump’s second impeachment trial. As in the 20th century, it will take more than protests to force America into reformation. It will take more than anti-racism experts and voter’s rights movements, Black girls and poems. What will it take? I don’t know. But I believe it begins with language. I believe it begins right now.