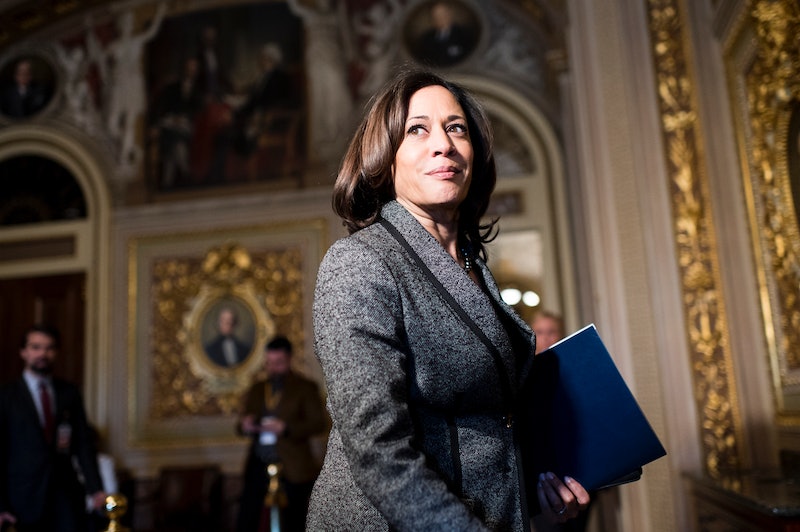 On Aug. 11, former Vice President Joe Biden announced Sen. Kamala Harris as his running mate for the 2020 presidential election. The selection marks the continued shift toward a more ethnically, racially, and gender diverse U.S. government. She will be the first Black woman to be nominated for Vice President by a major political party, and the first South Asian American woman. Should Biden win in November, she would be the first woman elected into the White House.

But what could she actually do as VP? The framers of the Constitution originally created the office as a backup in case something happened to a sitting president, leading to the old adage of the VP being a “heartbeat away from the presidency.” But the role has since evolved and gained power. As President Obama’s vice president, Biden was instrumental in turning the two offices into a partnership, often taking the lead during meetings on Middle East policy and working as Obama’s “proxy,” according to Politico. Christian Paz at The Atlantic even speculates that the next vice president might be the most powerful in history.

If the Biden-Harris Democratic ticket wins on Nov. 3, there are five responsibilities she will have come Inauguration Day.

More like this
Michigan’s Governor Is “Going To Fight Like Hell” To Protect Abortion Access
By Andrea Zelinski
President Zelensky Spoke Out On Ukraine's Chances Of Hosting Eurovision Next Year
By Sam Ramsden
Playing A Scrub Nurse On 'Grey’s Anatomy' Made BokHee An Instagram Royalty
By Brad Witter
LGBT+ Men Fleeing Afghanistan Were Denied Asylum By The Home Office, New Findings Show
By Sam Ramsden
Get Even More From Bustle — Sign Up For The Newsletter