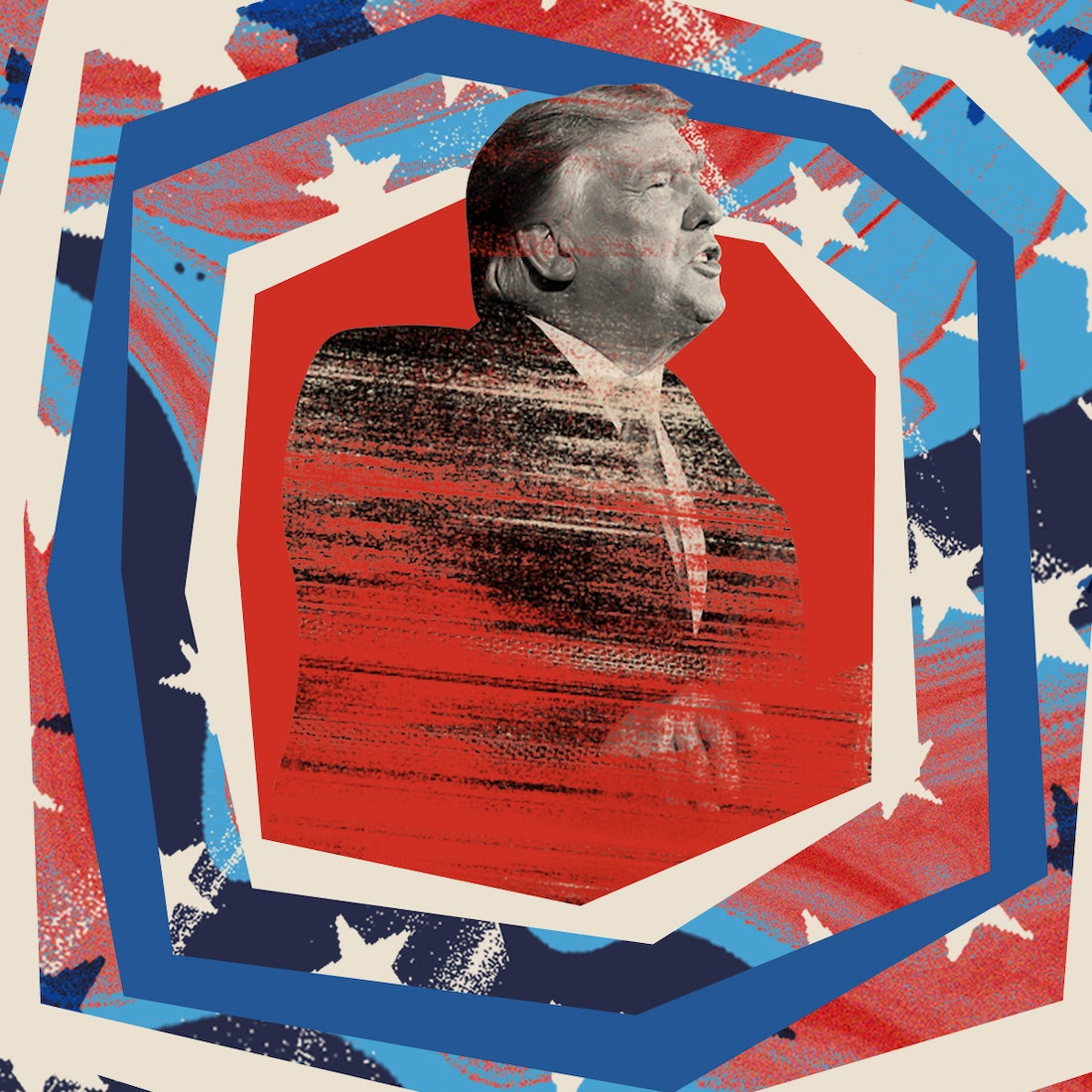 Sunday after the Super Bowl, I misread a tweet from Donald Trump Jr. congratulating Tom Brady and my heart stopped. I thought the tweet was coming from Trump himself, that three weeks into the Biden presidency, the social network had given the ex-president back some of his privileges. I was wrong, thank cupcake goodness, but I do have a lot of questions about how long the communal cancelation of Donald J. Trump — star of stage, screen, two impeachments, and political insurrection — is going to last.

Last week, in an incisive move of you-can’t-break-up-with-me-I’m-breaking-up-with-you-first, the 45th announced his resignation from the Screen Actors Guild, the day before the organization’s planned disciplinary hearing to discuss his violation of the SAG-AFTRA constitution. Trump’s resignation letter read like an award acceptance speech, citing the pride he felt for his work on Criterion classics, like Home Alone 2, Zoolander, and "of course, one of the most successful shows in television history, The Apprentice." I didn’t care. And neither did the Guild. But that didn’t stop the internet from reviving a post-Capitol raid Twitter petition to replace Trump’s cameo in Home Alone 2 with a CGI match-cut of an adult Macaulay Culkin.

The removal jokes are fine. … OK, not really. I mean, with Trump’s second impeachment trial underway, his removal from one minute of '90s cinema history shouldn’t occupy that much of my gray matter, but it is. The trouble is my growing tiredness with cancel culture. I’m experiencing full-on cancel fatigue. Not cancelation as activism, but cancelation as online shaming.

Here’s the difference. After Trump’s preemptive statement, SAG-AFTRA announced his permanent removal from the actor’s union, with no possibility of future re-admission — an example, for me, of cancelation gone good. A Hollywood impeachment. A boycott. A conscious stance by an organization to remove a person whose actions threaten and incite harm to its members. That’s what cancelation should do, create a caucus of concerned community members to change the tide of abuse and bigotry by controlling where they invest their resources. But cancelation as shaming seems to be what most of us are trafficking these days.

“The impulse to cancel Trump by removing him from film cameos is revisionist history. It’s a kind of messy recasting of America as a place whose history hasn’t always been a hotbed of violence, bigotry, and abuse.”

Cancelation as online shaming is very Mean Girls. It’s divorcing yourself from reality so you can continue to tell yourself one specific story about how you exist. It’s narcissistic. It’s about pushing the unpopular kids out of the clique. But humanity isn’t high school. We can’t just pretend no one invited Trump to the house party. And we can’t pretend like those same party guests haven’t enjoyed his awful antics, as theater, for decades. The impulse to cancel Trump by removing him from film cameos is revisionist history. It’s a kind of messy recasting of America as a place whose history hasn’t always been a hotbed of violence, bigotry, and abuse. Certain people, white liberals in particular, want a safe America to return to. One in which the pro-fascist agenda of the 45th presidency did not result in a blatant attempt to overthrow law and order. But that’s how we got in this mess in the first place.

Perhaps what I’m tired of is not cancelation but our cultural obsession with forgetting. It feels irresponsible and childish. Social media companies, politicians, and the general public all want to evade responsibility for a reign of terror and propaganda they allowed from one Zoolander extra for over four years. But we should have to feel accountable, lest we let it happen again. Trump’s account is still deactivated on Twitter but only inactive on Instagram and Facebook — I can still follow the former president on both platforms, comment, and like his posts. And although things might change with the second impeachment trial, as of today Trump could still run for president in a 2024 race. Removing him from a few movies might feel good, but the sickly feeling I got when I thought Trump had reentered the Twittersphere after the Super Bowl is a necessary one. It reminds me there’s a reason we are dealing with him in absentia, impeaching him even though he’s no longer in power. That reason isn’t political. We can never forget this. We need to remember that a random man giving a lost kid directions in Home Alone 2 could have canceled every one of us from being here.