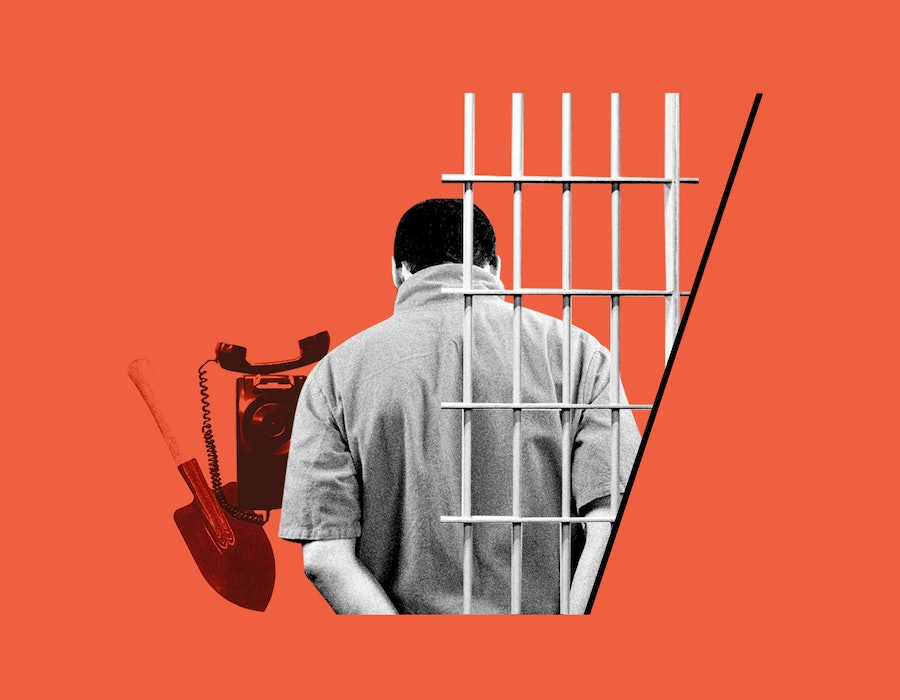 Confused about the latest activist lingo? Missed yesterday’s viral news story? Bustle’s “Short Cuts" does a deep dive for you, sharing all the necessary details to keep you in the loop.

Amid calls to defund and abolish the police, arguments have surfaced in favor of altering more specific aspects of the United States criminal justice system. Prison labor is one such hot-button issue. In the past few weeks, petitions supporting its abolition have raked in hundreds of thousands of signatures. It’s more complicated than simply employing incarcerated people to perform tasks. Here, Bustle breaks down the issue, from a rundown of the concept to information on wages, job types, and what abolition would look like.

What Is Prison Labor?

In correctional facilities across the country, incarcerated people partake in manual work inside and outside prison walls. According to an analysis from New York University, about 31% of state and federal prisons employed incarcerated people in some capacity as of 2014. Under most circumstances, they apply or volunteer to work, but at some facilities, labor is forced.

There are two basic types of prison labor: The first involves work with private businesses through the Prison Industry Enhancement Certification Program (PIECP), a federal program that allows incarcerated people at qualifying state and local facilities to work a selection of jobs in society, such as factory work assembling and packaging products. These fall on the higher-paying end of prison jobs, with average hourly wages between $0.33 and $1.41 in 2017, as reported by the Prison Policy Initiative. But these jobs are hard to find. Today, only 37 of the country’s 1,833 state prisons are involved in such work, per the PIECP’s official webpage. The second type of prison labor, which is more common, involves work within correctional facilities, in jobs such as custodial, maintenance, groundskeeping, and food service. Average wages for these roles ranged from $0.14 to $0.63 per hour in 2017. In eight states — Alabama, Arkansas, Florida, Georgia, Mississippi, Oklahoma, South Carolina, and Texas — labor within government-run prisons can go unpaid.

These reported wages don’t account for deductions taken out by the prisons, which can leave incarcerated people with less than half of their gross pay. In Massachusetts, for example, prisons can use money in someone's account for expenses like court costs, fines, and victim witness assessments without the person's consent. Such practices prevent incarcerated workers from accumulating funds to improve their lives behind bars, and to prepare for a smooth reintegration into society. According to Yale’s The Politic, an employed female inmate in Colorado has to save for two weeks to buy a box of tampons, while those incarcerated in West Virginia must spend an entire month’s wages to see a doctor.

Why Is Prison Labor Legal?

There’s a loophole in the Constitution that allows prisons to pay people below their state’s minimum wage. Abolitionists argue that this creates a version of modern-day slavery. Section 1 of the 13th Amendment says that “neither slavery nor involuntary servitude, except as punishment for crime whereof the party shall have been duly convicted, shall exist within the United States, or any place subject to their jurisdiction.” In other words, although slavery is prohibited, it can legally be used as punishment for incarcerated people.

Ava DuVernay’s documentary on the subject, 13th, explains that the exception clause in the amendment is ambiguous enough that those in power can exploit it however they’d like. Directly following the Civil War, that meant arresting droves of newly freed Black Americans for minor crimes so they could be legally enlisted to perform work that was once done by slaves. Today, arrest rates remain disproportionately high for Black Americans, and incarcerated people continue to work demanding jobs for wages that would be illegal in any other setting. People in prisons are also excluded from the Fair Labor Standards Act, which establishes minimum wage and overtime eligibility for workers, along with protections from the U.S. Occupational Health and Safety Administration, which require employers to provide a safe working environment.

Which Big-Name Companies Use Prison Labor?

Many companies use prison labor, including corporations like Unilever, Walmart, and the parent company of Fruit of the Loom, Dairy Queen, and GEICO, all of whom actively contract suppliers who employ people in prisons. Unilever’s Responsible Sourcing Policy states that “voluntary prison labor may be used when prisoners are being rehabilitated.”

Outside of corporate America, state governments and public figures have enlisted people in prisons to work for them. In 2018, the California Department of Corrections and Rehabilitation authorized incarcerated people to put out California’s wildfires as part of a volunteer program, and last fall, former presidential candidate Mike Bloomberg hired a subcontractor, ProCom, who had incarcerated people in Oklahoma make phone calls on behalf of his campaign. (Bloomberg cut ties with ProCom after the story was reported by The Intercept.)

More recently, states have relied on prison labor to produce supplies to fight the novel coronavirus. The Brennan Center for Justice reports that incarcerated people in Missouri are currently being paid $0.30 to $0.71 per hour to manufacture hand sanitizer, protective gowns, and toilet paper. New York City has reportedly used prison labor to dig mass graves for the victims of COVID-19, doling out $6.00 an hour to anyone who volunteers to do the work.

What Would It Mean To Abolish Prison Labor?

There are a few popular takes. For some, abolition would mean allowing people in prisons to work so long as they are granted the same legal protections as any other citizen. Another form of abolition could require prison labor to be made entirely illegal, no matter the compensation. At their core, though, all forms of abolition require repealing the 13th Amendment to ensure that no form of slavery can legally take place in prisons. However, federal law requires that every repealed amendment be ratified with a replacement amendment, meaning abolition would involve creating a new amendment that makes all forms of slavery — even low-wage prison labor — completely illegal.

What Are The Benefits Of Abolishing Prison Labor?

Abolishing today's model of prison labor would show those behind bars that there are people who care about their fundamental rights. Repealing the 13th Amendment could provide incarcerated people a sense of empowerment, offering them a sliver of the privileges granted to any other citizen. As Angela Hanks writes in Forbes, if abolition took the form of labor with drastically improved wages, safety standards, and educational opportunities, employment could genuinely set up people in prisons for better futures as returning citizens. Beyond that, abolition would force the prison industrial complex to further reckon with its structure, bringing us one step closer to abolishing our current prison system.

What Are The Arguments Against Abolishing Prison Labor?

As the NYU Gallatin analysis reports, “For some inmates across the United States, prison labor can be more a privilege than a punishment, as some in-prison jobs can offer vocational experience, work locations outside of prison walls, and a chance to reconcile their past mistakes.” Labor has the potential to mitigate boredom and idleness while incarcerated, while providing incarcerated people the structure of a routine and a sense of purpose. Chandra Bozelko, a formerly incarcerated woman, points out the positive sides of prison labor in an op-ed for the Los Angeles Times. “My prison job made me feel like I was fulfilling my existential duty to society: I was contributing,” she writes. If prison labor was abolished, rather than improved, some might feel deprived of what little opportunity their jobs offered.

More like this
What The Lionesses’ Win Really Means For The Future Of Football
By Angelina Kelly
Jiu Jitsu Champ Kim Blake Is Pushing For More Women In The Sport
By Kathleen Ferraro
UK Black Pride 2022 Just Broke A Major Record
By Sam Ramsden
42 Black Owned Fashion & Beauty Brands To Support Today & Always
By Mekita Rivas, Shea Simmons, Kui Mwai and Dominique Norman
Get Even More From Bustle — Sign Up For The Newsletter