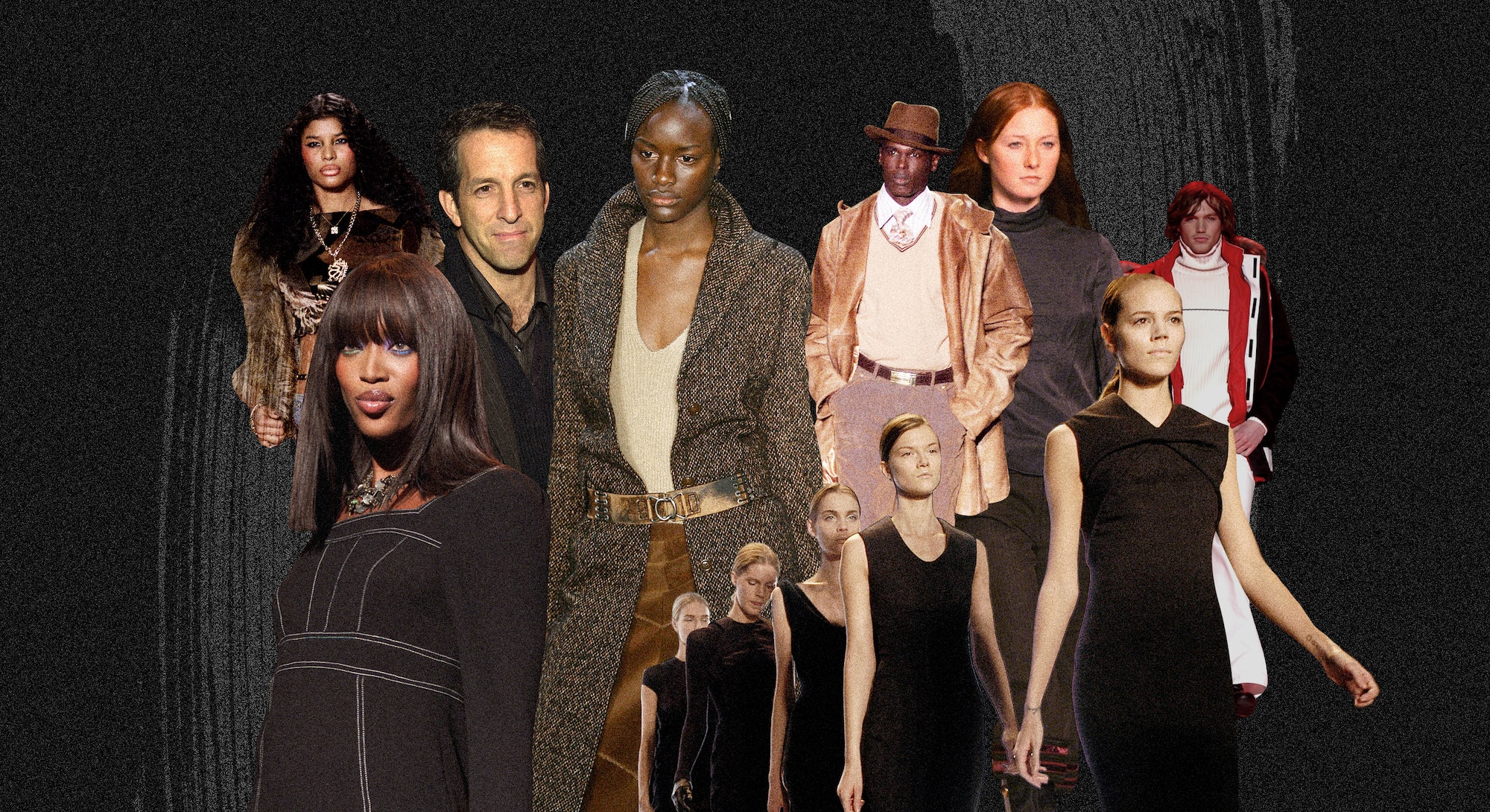 Twenty years ago, before the coronavirus pandemic fractured lives and tinged actions with caution and uncertainty, any mention of the Before Times referred to an era marked by unbridled optimism, one that came before the devastating terrorist attacks on Sept. 11, 2001.

That pre-9/11 state of insouciance was particularly evident in the Spring 2002 collections preceding the attacks. And the Fall 2002 collections that followed marked a shift toward a somber, reflective period in fashion.

The 9/11 terrorist attacks occurred on what would have been the fourth day of New York Fashion Week, after 52 collections already had shown. But it was Marc Jacobs’ show and his outdoor afterparty, located at Pier 54, that most show goers would remember with startling, hits-too-close-to-home clarity — mostly because it occurred the night before, on Sept. 10, with the World Trade Center as its backdrop.

“It was a crazy fashion scene because [Marc Jacobs] had it on a pier and it rained and we were all standing in the mud,” Kai Kühne of the now-defunct fashion collective AsFour said in an oral history project with Vogue. “It poured down, and suddenly the clouds were swallowing the World Trade Center. We were like, ‘They are disappearing…’ And then the next morning they were gone.”

On the morning of, maternity designer Liz Lange was the 53rd and last show before the rest of NYFW — and its 73 remaining events — were officially canceled. In lieu of the runway, designers including Ralph Lauren, Michael Kors, Oscar de la Renta, Calvin Klein, and Donna Karan staged pared-back, intimate presentations in their showrooms. “I have always been inspired by America; I have always been inspired by its heroes,” said Lauren, who wore an American flag intarsia knit during his presentation.

Nicole Miller, too, quietly showed her Spring 2002 collection in her showroom. “I just remember we served a lot of alcohol and everybody got drunk,” she tells Bustle. “Everyone was stressed out and needed to do something. We weren’t just serving Champagne — we had a full-on bar, and every editor who came in drank.”

For Karan, the effects of 9/11 are still felt today. “Twenty years since 9/11 and the emotional impact on all of us is just as powerful now as when it happened. The loss of all those innocent lives was so devastating. This was compounded by the recent loss of my husband and that 9/11 was our wedding anniversary,” she says. “I was planning for the first shows without him — DKNY on that day, and the Donna Karan show was next. Nothing would ever be the same.”

The events of 9/11 splintered fashion, ushering in a sober tone for the Fall 2002 collections that followed. “The industry responded much like the rest of the country — with anger, shock, and bold strokes of patriotism,” Robin Givhan wrote in a 2002 article for The Washington Post. “There was a greater awareness of how even the most modest examples of frivolity might be perceived in a world racked by grief and fear. [...] Solidity holds the most allure. Fall 2002 is the season of the little black dress.”

Case in point: Ralph Lauren presented a solemn, almost all-black collection for Fall 2002 after an all-white Spring 2002 lineup. Donna Karan, meanwhile, restricted the colors of her DKNY show to mostly brown, gray, navy, and white, which anchored multiple ideas into a seamless collection.

Meanwhile, Tommy Hilfiger swung from perky pastels for men’s Spring 2002 to preppy Americana for the fall, featuring a brand of patriotism that has become something of a trademark. “Our flag and all things Americana have always been an endless source of inspiration to my designs. My Fall 2002 collection paid tribute to East Coast classicism, showcased through a modern lens,” Hilfiger says. “Capturing the American spirit of determination and optimism will always be representative of my signature style. While trends and the way we dress will change and evolve, I think fashion that stands for something meaningful and something with a purpose will always be powerful and resonate with people.”

For Nicole Miller, the aftermath of 9/11 affected her brand more in the way she presented her Fall 2002 collection (a smaller, more intimate collection shown in her showroom), and less in the design. “I wasn’t going to make all gray, smoky clothing,” she says. “My Fall 2002 collection had a bit of a modernist approach with a little bit of a whimsical flair, a little bit upbeat without using bright colors. I think everyone wanted more of a lift.”

She was onto something: The solemnity lasted for about a year before designers did what they do best: create and inspire with fashion. What 9/11 did was crystallize just how strong and resilient a united industry can be, especially during tumultuous times — even now, 20 years later, with the coronavirus pandemic.

“You get knocked down but you get back up, and that’s what happened with the pandemic,” Miller says. “We created a casual line, which we didn’t make before. You have to keep reinventing yourself, keep looking for opportunities when things are grim, and that’s what we did 20 years ago.”