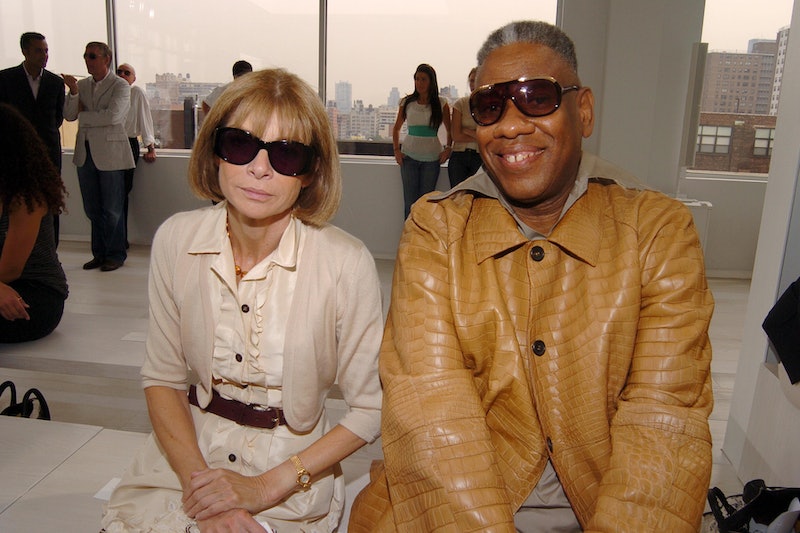 “It is with great sadness that we announce the passing of André Leon Talley on January 18, 2022 in New York,” read the post confirming the passing of André Leon Talley, the influential fashion journalist and former editor-at-large of US Vogue. He was 73 and passed away at a New York hospital, as reported by the BBC. The sad news was later confirmed by his literary agent, David Vigliano, before his official Instagram account shared the now widely shared post.

At six foot seven inches tall, Talley was a pioneer in the fashion industry, becoming the first Black male creative director of Vogue in 1988. He was known for his flamboyant style, attitude and penchant for discovering, nurturing and celebrating young designers, as well as championing diversity within the fashion industry.

Over the course of five decades, he became a close confidant of a number of high fashion designers, including Yves Saint Laurent, Karl Lagerfeld, Diane von Furstenberg, and Manolo Blahnik. He has written a number of books, including his New York Times bestseller, The Chiffon Trenches: A Memoir, in which he documents his life, career, and tumultuous relationship with Vogue editor, Anna Wintour. He was also profiled in the 2018 documentary, The Gospel According To André.

“Throughout his years in the industry, Talley became known for the ways in which he strove to both create more space for people of colour in fashion, and give back to the community that raised him,” a British Vogue tribute reads. Wintour also paid tribute to him in a letter for U.S. Vogue following backlash for not responding sooner and seemingly proceeding with the day with business as usual. (Talley famously wrote Wintour is “not capable of human kindness” in his memoir.) “He was magnificent and erudite and wickedly funny—mercurial, too,” she wrote. “Like many decades-long relationships, there were complicated moments, but all I want to remember today, all I care about, is the brilliant and compassionate man who was a generous and loving friend to me and to my family for many, many years, and who we will all miss so much.”

His integral role in the global fashion world and invaluable influence has been commemorated by those who loved him, including designer and close friend Diane von Furstenberg who wrote on Instagram: “Good bye darling André... no one saw the world in a more elegant and glamorous way than you did... no one was more soulful and grander than you were... the world will be less joyful now...I have loved and laughed with you for 45 years... I will miss your loud screams and your loyal friendship...I love you soooo much.”

His immeasurable impact on the lives, and passion and commitment to diversity and change, will not be forgotten. Below are just a handful of tributes to the great fashion icon.

The Vogue editor-in-chief honored Talley in a letter posted to Vogue.

“The loss of André is felt by so many of us today: the designers he enthusiastically cheered on every season, and who loved him for it; the generations he inspired to work in the industry, seeing a figure who broke boundaries while never forgetting where he started from; those who knew fashion, and Vogue, simply because of him; and, not forgetting, the multitude of colleagues over the years who were consistently buoyed by every new discovery of André’s, which he would discuss loudly, and volubly—no one could make people more excited about the most seemingly insignificant fashion details than him. Even his stream of colorful faxes and emails were a highly anticipated event, something we all looked forward to. Yet it’s the loss of André as my colleague and friend that I think of now; it’s immeasurable. He was magnificent and erudite and wickedly funny—mercurial, too. Like many decades-long relationships, there were complicated moments, but all I want to remember today, all I care about, is the brilliant and compassionate man who was a generous and loving friend to me and to my family for many, many years, and who we will all miss so much.”