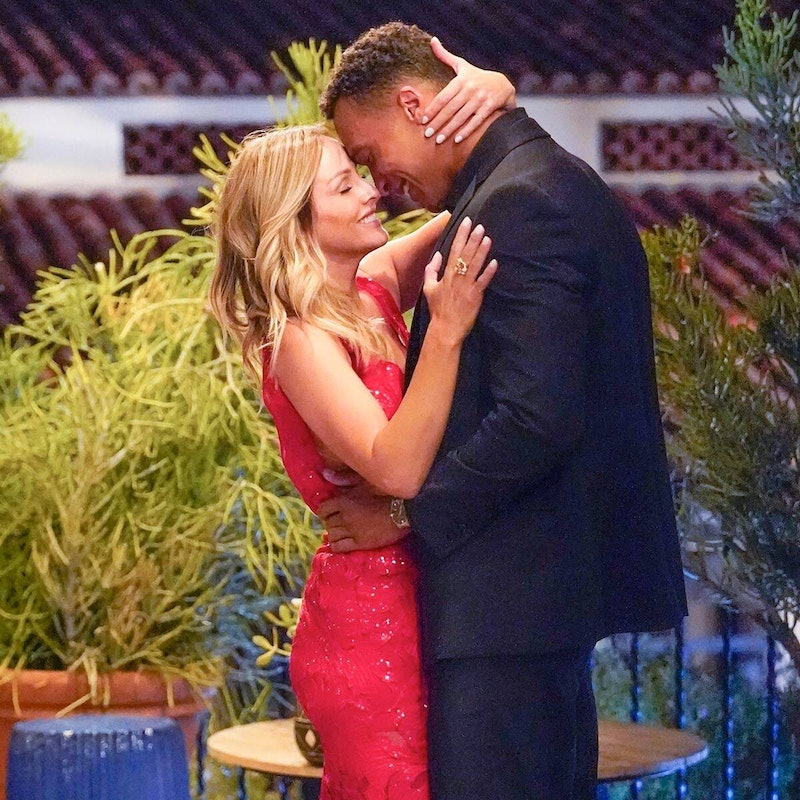 The California hairstylist wasted no time in choosing Dale Moss as the one, reportedly taking only a few weeks to make the decision about her future husband. But Bachelorette Clare Crawley's engagement ring had to help seal the deal.

Jewelry designer Neil Lane has traditionally been the one to design the always-epic engagement ring for The Bachelor and Bachelorette, and this season was no exception to the rule. That said, it was a true hustle, as Lane confessed to People Magazine.

“No one knew if we’d even be able to have the season because of Covid. And then Clare fell in love at first sight, so I had to scramble!” He added, “She had made up her mind and I had to design the ring in record time — it was stressful and crazy, but crazy fun.”

The result? An epic 4.5-carat diamond ring, featuring a radiant-cut single stone and two shield-shaped diamonds flanking it. The band also features even more sparkle by way of 145 smaller, round diamonds.

Only four weeks into the show, the pair knew they'd found their soul mates almost immediately. It is, to be sure, a first for the franchise series. That said, with a gorgeous, art deco-inspired ring on her finger, Crawley was more than ready to say yes.