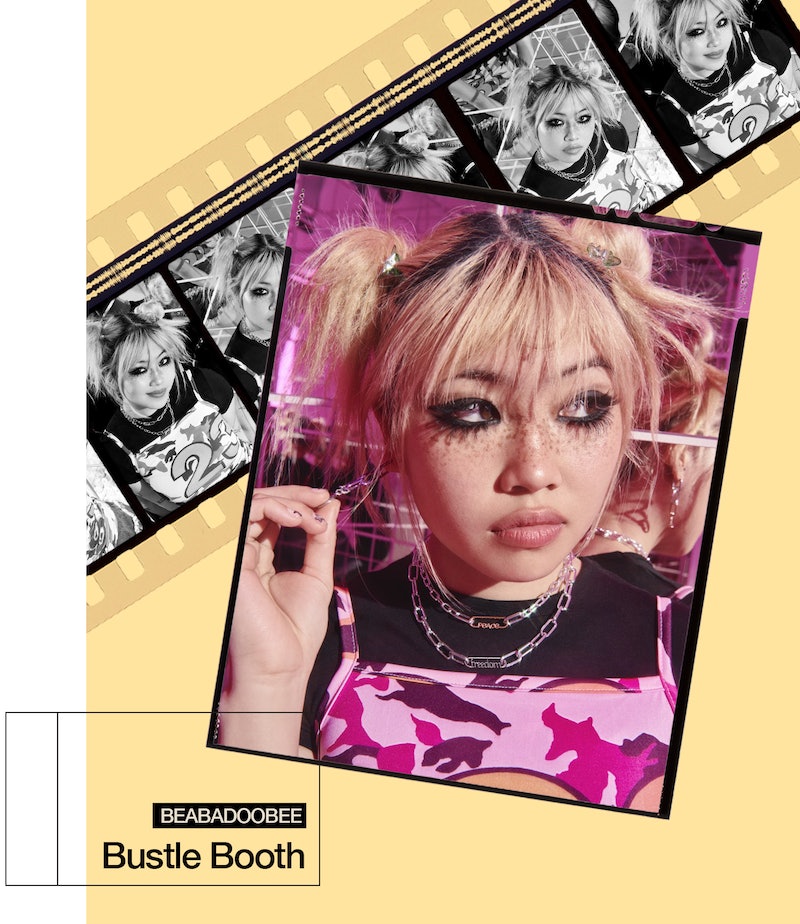 “Strange, confusing, but very fun,” says Beabadoobee (aka Beatrice “Bea” Laus) of the past eighteen months. While the rest of us adapted to lockdown living, the 21-year-old was busy becoming the voice of Generation Z. See (or listen, rather) to “Coffee”, “Cologne”, “Last Day On Earth”, and “Animal Noises”. With her raw and intimate reinterpretation of ’90s rock, it’s easy to see why she’s being hailed as a true rock star by everyone from NME to Vulture.

It could seem like success came overnight for the Filipino-British singer-songwriter, but in truth it started when she was 17. Having posted a song online that she wanted her friends to hear, she soon found herself in the eye of a social storm: a viral tune (49 million plays on Spotify and counting), a record deal, a global hit, and matching tour. “It’s been strange because I don’t know how this has happened,” she tells me over Zoom, “but it’s really f*cking fun. Even though it can be hard sometimes, I feel the best when I’m on stage performing.”

Her latest project is putting her on another stage, as one of the faces of Pandora’s new ME collection, alongside the likes of Charli XCX and Addison Rae. “I used to go to Brent Cross [Shopping Centre] a lot when I was a kid, and there was a Pandora there,” she recalls of her earliest memories of the Danish jewellery brand. “It was right opposite the toy shop I’d go to and my mum would always go into Pandora.”

All (or mostly) grown up now, Laus is clearly buzzing to team up Pandora, not least because the collection – brimming with chunky chains and cool clips – is all about self-expression, which is key to the artist.

“I’m very much myself and have nothing to hide,” she says of her style. “And that also links to the clothes that I wear, my hair, and my makeup. Fashion is so important when trying to put across how I want people to know me.” (It’s not without reason that she’s becomes the subject of online tutorials devoted to copying her makeup and look.)

But it’s this ambition – to be seen and to show others that they’re not alone – that’s the driving force behind her songs, and arguably her success. “There’s a lot of things that I have to write about to make myself feel like I’m okay, and that tends to be the reason why I write,” she explains. Referencing everything from relationships (past and present), to mental health, addiction, and the immense toll of expectation, Laus hopes her experience and work can help others. “You experience enough being a girl in this society, especially growing up as a POC, going through high school, and growing and learning. I hope I’ve helped people through tough times and made them feel better through my music.”

Learn more about Beabadoobee in her Bustle Booth questionnaire, below.

I actually don’t drink coffee. Which is funny that one of my well-known songs is about it — but it’s written about my boyfriend.

"Don't do anything stupid."

People Just Do Nothing.

Love Island would be very weird!

Touring and seeing people back together in rooms again, things feeling a bit more normal. Also, making another album with my guitarist Jacob :)

That I inspired them to do what they wanted to do.