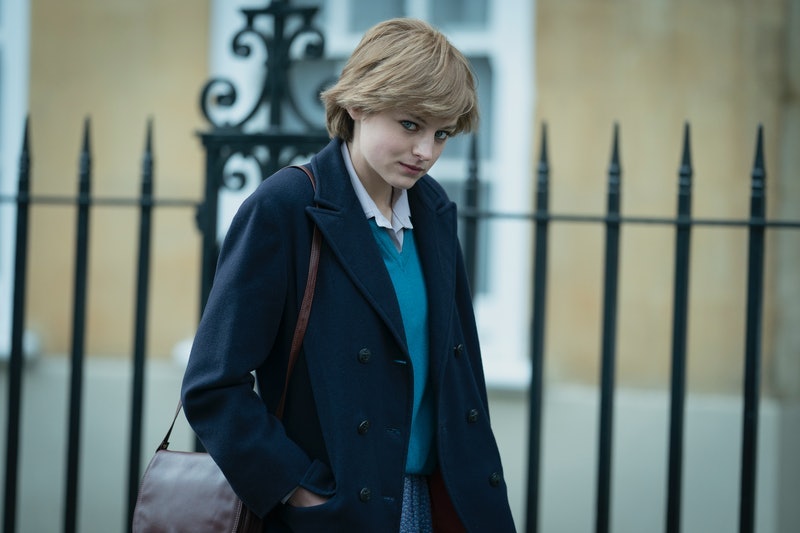 Emma Corrin shot to fame following her portrayal of the late Princess Diana on series four of Netflix’s The Crown. So it will come as no surprise that when it comes to hairstyles, most will associate her with the late princess’ ‘70s-inspired flicks and golden honey hue. But it seems as though Corrin has been itching for a change, and one that will make an impact off-screen, rather than on. In fact, Emma Corrin just got new blonde hair and a curtain cut, which is reminiscent of the best boybands in the ‘90s.

The actor — who was recently spotted kissing Harry Styles on set of new film My Policeman — has shared pictures of her choppy new locks on Instagram, much to the delight of her 600k+ followers.

Captioned “the *cool* vibe deteriorates as you swipe but the hurrrr still rad,” Corrin posted three pictures and one (dancing) video that show off her bleach blonde look and brand new curtain cut, as well as tagging in the stylist and colourist behind this latest switch-up: Daniel Martin and Reiss Alexander.

As well as the initial unveiling snaps, Corrin later also shared further pics of her new look, wearing an incredible sheer strappy black dress. Fans have gone wild for her new hair, posting positive comments in their hundreds to share their love for the blonde.

As mentioned, Corrin is currently filming new Amazon film My Policeman, opposite Harry Styles. The film is based on the book by the same name, and has no release date as of yet.