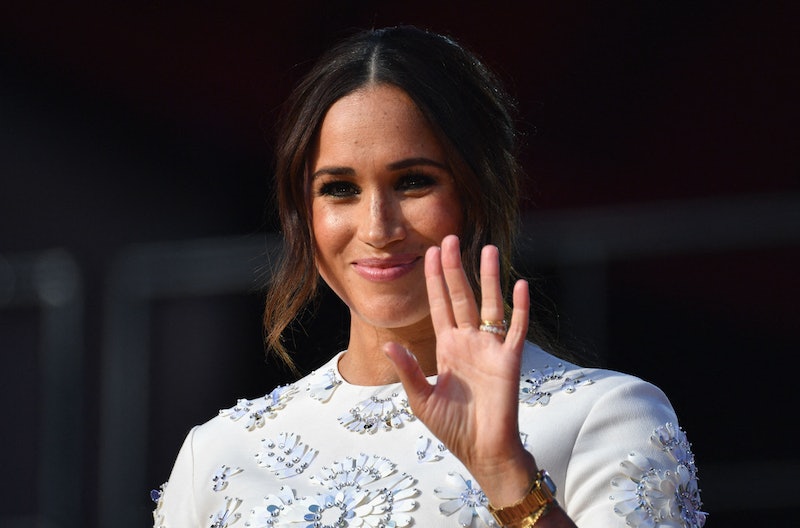 Meghan Markle is one of the most talked-about women in the world. And one thing she is known for is her effortless hair and makeup looks that have inspired a whole generation of beauty lovers – so much so that rumours are rife that a Meghan Markle beauty line may be in the works — here’s the evidence that’s out there so far.

In terms of what we know to be concrete, there’s actually very little, but there has been one major clue that numerous publications are clinging to.

In short, titles such as The Daily Mail and The Sun have reported on several meetings between Meghan (along with Harry and, at one point, her mother Doria Ragland) and co-founder of Guthy-Renker, Bill Guthy. While this name may mean nothing initially, what you need to know is that Guthy-Renker is a major marketing firm behind some of the biggest celebrity cosmetics lines, including JLo Beauty and Meaningful Beauty by Cindy Crawford. Although the meetings don’t tell us much, they could indicate that Meghan is working on something behind the scenes, likely in relation to beauty.

And really, why wouldn’t she? The Duchess will be aware of the pull she has in the beauty industry. In fact, research by RY has revealed that Meghan is the most heavily covered celebrity in terms of beauty. There are a staggering 88.5 million articles about her hair, makeup, and skincare. By comparison, Kim Kardashian has 17 million fewer articles about her beauty looks and habits, coming in at 71,280,000.

Meghan is also known to be a lover of all things beauty. For example, she is close friends with some of beauty’s biggest names such as Sarah Chapman (her facialist), and George Northwood (her London-based hairstylist). She also regularly wrote about beauty on her now-defunct blog The Tig, proving it is something she has always been very interested in.

Since moving stateside, both Meghan and Prince Harry have also shown a flair for new projects, and possess a clear entrepreneurial spirit, which would definitely lend itself to the creation of a beauty brand.

Whether there’s much truth to the rumours, fans have already gone wild for the mere idea that Meghan could be creating her own makeup, skin, or hair goodies.

“OMG! I LOVE her! I bet it will be AHmazing! She has such a gorgeous complexion! Maybe it'll be more like Jessica Alba's Honest Company since she just had another baby. I'll be very excited to see what it is! She just drips class,” wrote one Twitter user.

“She's beautiful and she's a class act so I am very interested in when she comes out with it should be amazing,” another said.

For now, all we can do is wait and watch.