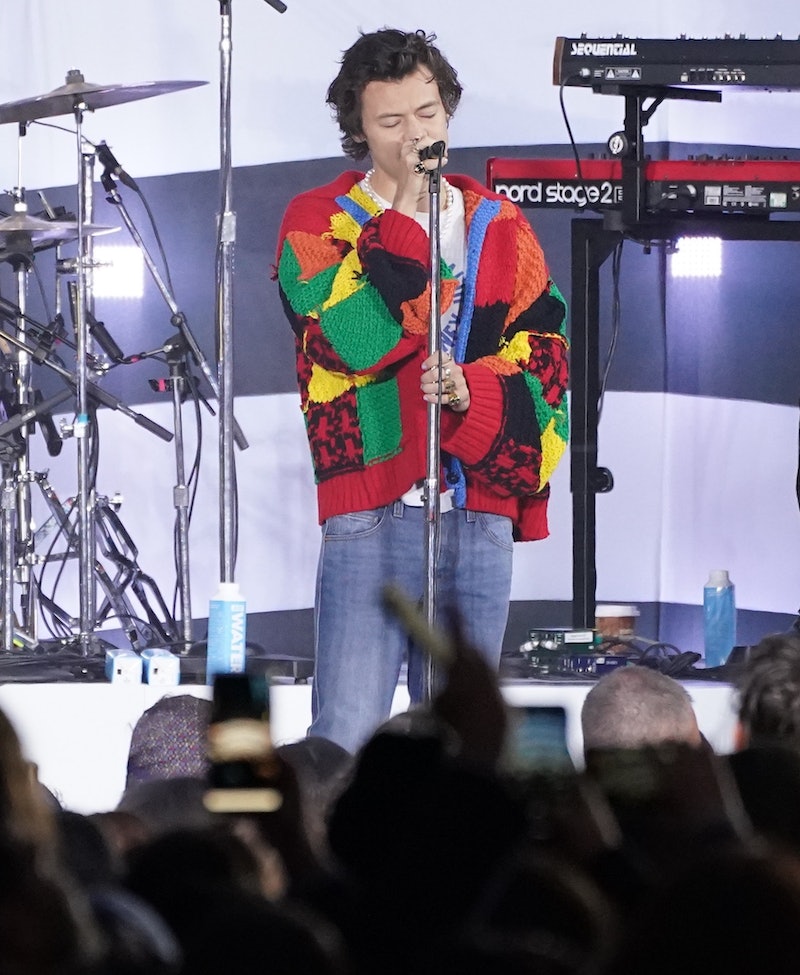 In February 2020, Harry Styles' cardigan from JW Anderson’s Spring 2020 menswear collection famously made its public debut at his performance in New York City. It featured a patchwork design in red, yellow, green, and blue — and the cozy material looked as warm as your favorite blanket. It didn’t take long for the cardigan to become a major TikTok craze, as his die-hard followers used their time in quarantine to replicate the design with their own knitting skills.

The designer himself was so impressed with the attention this single sweater was getting that the brand even published a tutorial video that you can watch below with their senior knitwear designer. The hashtag #harrystylescardigan was quickly born as ‘Stylers’ began sharing their own creations on nearly every social media platform.

This cardigan is so popular in fact that it now officially lives in a museum. The V&A in London announced their acquisition of the piece of clothing back in November so you can now go and see the original sweater that sparked millions of others.

If handiwork isn’t exactly your thing, though, you can certainly shop some Harry Styles look-alikes if you so choose. Ahead, find all the best patchwork and crochet cardigans to satisfy your every Harry Styles desire, and scroll down for tutorial video.