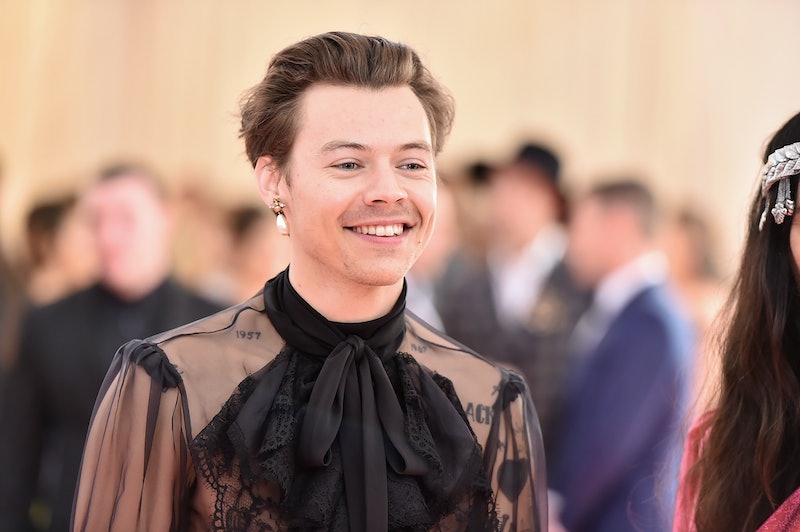 Harry Styles can do no wrong. If you hadn’t already worked this out, let me introduce you to exhibit A: Harry Styles on the cover of Vogue’s December 2020 issue. It is an utter joy. From kilts to Gucci gowns, Styles epitomises a new generation of ahem, style, devoid of any traces of toxic masculinity, and, of course, nails each and every one of the looks.

Making his Vogue cover debut, the photoshoot captured by Tyler Mitchell is just as marvellous as we could have hoped for. On the cover, Styles wear a frothy Gucci ball gown – made for especially for the shoot by Alessandro Michele – with a double-breasted tuxedo jacket. Elsewhere, he sports a Comme des Garçons Homme Plus kilt and blazer, and a Harris Reed look, Victoriana hooped petticoat, 1980s shoulders, and pants of zoot-suit proportions included, all set against the bucolic Sussex dales.

Journalist Hamish Bowles accurately compares Styles’ disregard for boundaries when it comes to “masculine” or “feminine” propositions to when Mick Jagger wore a frothy white cotton dress for The Rolling Stones’ performance in Hyde Park in 1969, and the when Kurt Cobain wore a floral dress “as he defined the iconoclastic grunge aesthetic”.

“What’s really exciting is that all of these lines are just kind of crumbling away,” Styles tells Bowles. “When you take away ‘There’s clothes for men and there’s clothes for women,’ once you remove any barriers, obviously you open up the arena in which you can play. I’ll go in shops sometimes, and I just find myself looking at the women’s clothes thinking they’re amazing. It’s like anything—anytime you’re putting barriers up in your own life, you’re just limiting yourself. There’s so much joy to be had in playing with clothes. I’ve never really thought too much about what it means—it just becomes this extended part of creating something.”

Styles credits his transformation from Jack Wills-wearing boyband member to fashion superstar to meeting his stylist, Harry Lambert, seven years ago. He admits that the way the musicians that Styles looked up – Prince, David Bowie, Elvis and Freddie Mercury and Elton John – was completely mind-blowing as a kid. “They’re such showmen”, he tells Bowles.

“Now I’ll put on something that feels really flamboyant, and I don’t feel crazy wearing it. I think if you get something that you feel amazing in, it’s like a superhero outfit. Clothes are there to have fun with and experiment with and play with,” Styles adds.

Excuse me whilst I change my phone background.