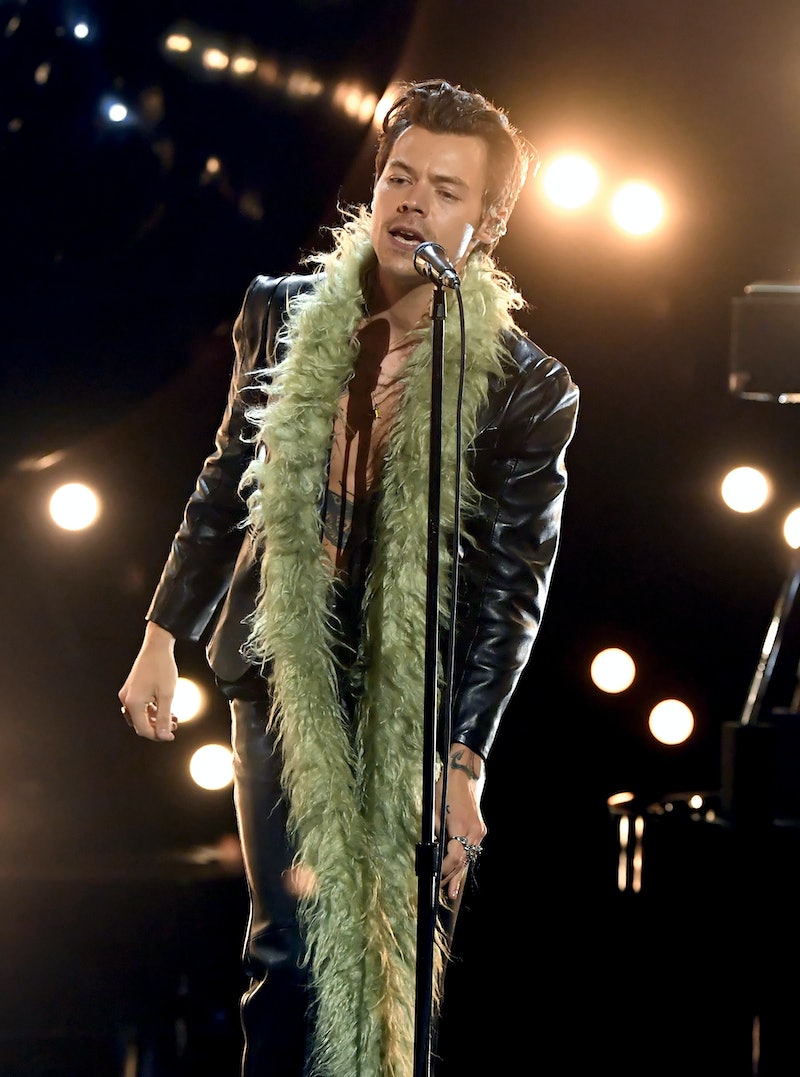 After months of rumours and speculation, Harry Styles has finally launched his own beauty line, Pleasing.

The brand’s first collection, Perfect Pearl, dropped on November 15 and features three nail products – The Perfect Polish Set, The Pearly Polish, and The Pearly Tops Polish – plus two skincare items: The Pleasing Pen and The Pearlescent Illuminating Serum. And British beauty fans will be pleased to hear that the full line is available to pre-order here in the UK, with shipping taking place on November 29.

Speaking to Dazed ahead of the Pleasing launch, Styles explained, “It’s starting with nail polish, because that was kind of the birth of what it was for. Me seeing a colour on a flower or a wallpaper or something and thinking, ‘Oh, I wanna put that on my nails.’”

The singer told Dazed that the collection was built with life’s “small joys” in mind and, as the magazine points out, it “eschews the usual cosmetic tropes of concealment and masking, and instead celebrates illumination.”

Rumours about a possible beauty line first began to emerge in May 2021 when Styles (under his full name Harry Edward Styles) and his executive assistant Emma Spring filed a trademark for a company titled “Pleased As Holdings” that was registered to sell perfume and cosmetics. In the months following, eagle-eyed fans spotted other clues, including outings where the singer had been photographed wearing Pleasing merchandise. On November 14, an Instagram account named Pleasing was set up and amassed almost 500k followers in the first 24 hours.

Keep reading for details on all of the new products, plus links to pre-order them.

The Perfect Polish Set
Pleasing
This set comprises four unique hues: the Perfect Pearl (a pearlised white with a glossy finish); the Pearly Tops (a clear polish with a matte finish); the Inky Pearl (a pearlescent black with a glossy finish); and the Granny’s Pink Pearls (a pearlescent pin with a glossy finish). Wear one colour at a time or mix and match in homage to Styles’ signature nail look. This set also comes with 3 alphabet decals (designs on transferrable paper) that can be added on top once your nails have dried.
Perfect Pearl Polish
Pleasing
This glossy white shade can be worn on its own but also works as a top or base layer with other shades. This polish comes complete with an alphabet decal.
Pearly Tops Finish
Pleasing
Designed to be worn alone for a “barely-there” effect or as a top coat for other polishes to create a matte finish and enhance your nails’ luminescence. An alphabet decal is included in this one, too.
The Pleasing Pen
Pleasing
Perhaps the most intriguing product in the debut Pleasing line, this pen delivers two serums on cooling steeling rollers to refresh. The eye serum contains lingonberry, okra, and hyaluronic salt to awaken under-eyes, help diminish signs of agin, and creating long-lasting hydration. The demi-matte lip treatment with soothing marshmallow is designed to replenish lips.
The Pearlescent Illuminating Serum
Pleasing
This moisturising serum contains Vitman B5, antioxidants and amino acids and it designed to suit all skin types. The pearls inside are created with lab-safe mica to add extra luminescence that dissolves when the serum is dispensed.