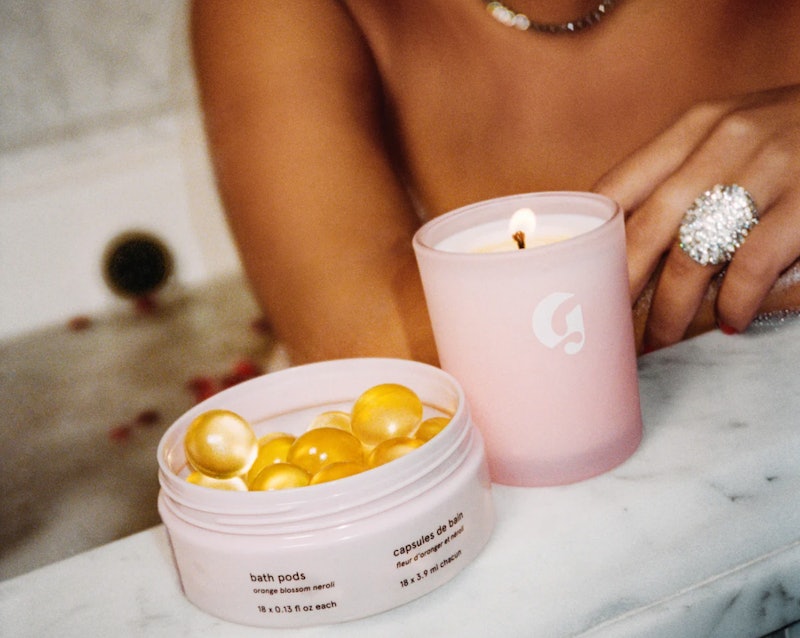 It’s safe to say a Glossier candle has been in the works now for some time. In fact, way back in 2017, the brand’s editorial big sister Into The Gloss shared a call-out for its legions of readers and fans to describe exactly how they’d imagine the candle to smell, to which said fans responded in their hoards.

“It should smell like hygge. And I would also like to preorder fifty,” wrote one, while another added: “I'd love for the candle to remind me of waking up to sea breeze in a beach house in the middle of September. Slightly chilly, but also summery and still totally refreshing.”

Somewhat surprisingly, the candle was never again referenced at Into The Gloss HQ, leading to some shoppers even starting a Reddit feed dedicated to finding out what happened.

Well this week, after four plus long years of waiting, the answer came as the very first Glossier candle finally arrived — just in time for Christmas, too.

The Orange Blossom Neroli Candle is here as part of a limited edition festive kit, meaning those who’d like to get their hands on it should act swiftly. The brand has described the candle as having “fresh notes of Neroli, Pear and Cypress,” and being packaged in “an elegant glass vessel (the kind that lends itself to infinite holding uses when you’re done burning: flowers, hair ties, toothbrushes, pens, and yes, makeup!)” Sold.

In addition to Glossier’s very exciting new launch, there are also some other brilliant new beauty buys out this week, from the likes of Liha Beauty, Revolution, and Bleach London. Keep reading to find out more about each one.