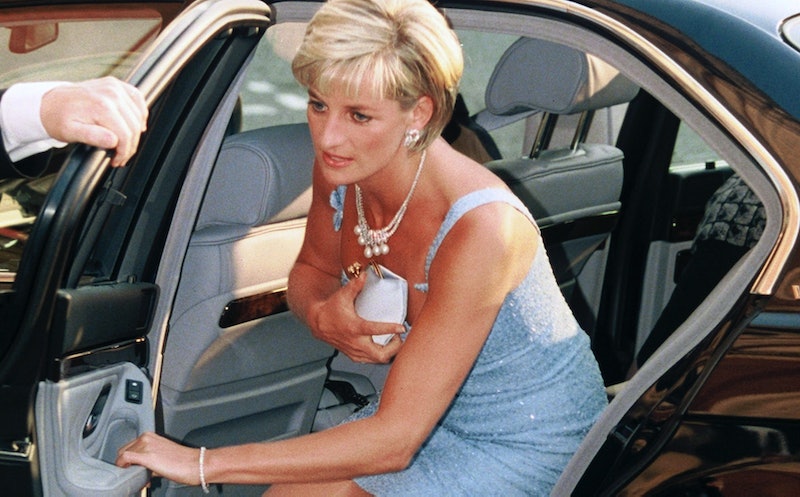 The late Princess Diana was a style icon in every sense. Whether it was running errands in cycling shorts or walking the red carpet in a designer gown, she oozed glamour wherever she went. And thing she always nailed was accessorising – in particular, bags. Clutch bags were her go-to, but her affinity to them wasn't purely down to aesthetics. In fact, Diana had a secret hack when it came to clutch bags, using them as a means to avoid any unwanted paparazzi shots.

Over the years, fashion lovers have poured over Diana's outfits, analysing every single detail. And eagle-eyed style obsessives may have spotted a trend emerging: for the princess, it appears clutch bags were not just a style statement, they were actually a way of shielding her cleavage, particularly when exiting cars to greet people, and where cameras would be snapping her aplenty.

This detail was confirmed by accessorises designer Anya Hindmarch a few years ago, when she told the Telegraph: “She would come and see us with no bodyguards or any fuss. We used to laugh when we designed what she called her 'cleavage bags', little satin clutches which she would cover her cleavage with when she stepped out of cars."

There are several photos that show Diana's clever use of her clutches when exiting cars, and I have to applaud her for such a clever technique. So next time you're sporting a low-cut top or dress and need to step out of your uber with dignity and grace, make like Princess Di and use the power of the bag.

Below you can browse some of Diana's most iconic cleavage clutch bag moments and I've included some cute dupes so you can really emulate her style.