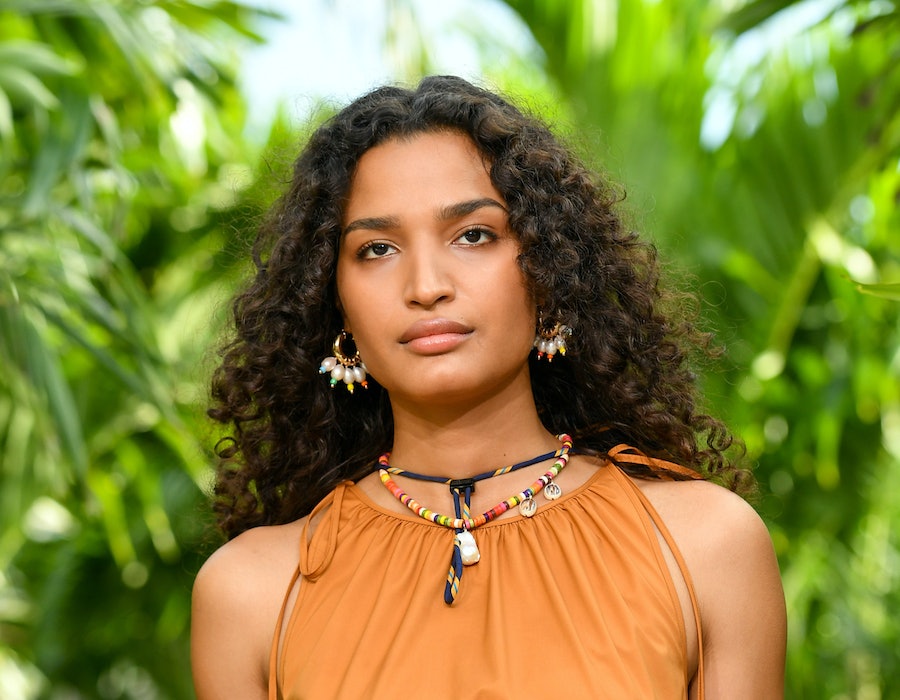 New York Fashion Week is officially underway, and Jason Wu kicked things off with his Spring 2021 show Sunday evening. On the open-air terrace of Spring Studios in NYC, Wu presented his newest collection against the backdrop of a lush hideaway that he brought to life using various plants and greenery elements. As the first designer showing at NYFW this season — and as one of the few to be hosting a show IRL — all eyes were on Wu’s production and execution.

This season, Wu teamed up with Lowe’s, using materials and products sourced from the home improvement retailer to outfit his runway set. Speaking with Bustle via Zoom, the designer said that he was mostly inspired by his love for Tulum, the Mexican beach town where he got married in April 2016.

“The theme of this collection is my home away from home, which is Tulum, one of my favorite places to visit,” Wu said. “I got married there about five years ago. It was just one of the best experiences of my life, with 70 of my closest friends.”

He explained that he’s “used to being on a plane two or three times a month,” and that when the pandemic forced him to stay home, he got to thinking about the final trip he took before everything shut down.

“The last time I traveled was to Minneapolis in January, and I was like, that cannot be my last trip in 2020,” Wu said. “No shade about Minneapolis. No disrespect. I was there in January, so you can imagine it was quite cold. I wanted an escape. So, that was the overall theme.”

“It has been really fun exploring the more casual side of the Jason Wu woman, which is why I decided to show my more casual contemporary counterpart line for the first time on the runway,” the designer said. “Spreading the word of love feels more important to me now more than ever, and being a part of change is crucial. I want to design clothes not only for the moment, but to create something that can be everlasting.”

Wu noted that the trees featured in the show and provided by Lowe’s will be donated to a garden center in NYC, and the home décor products will go toward creating a new dining room at GMHC, a nonprofit organization that serves more than 350 meals daily.

“Being able to work at home, stay creative, and challenge myself — all those things helped me stay inspired,” Wu shared. “I went out of my mind. The first two weeks of March was hell. I hit a wall, I didn’t know what to do. I was a little depressed, and then I found my rhythm. It’s about finding things at home that keep you creatively engaged.”