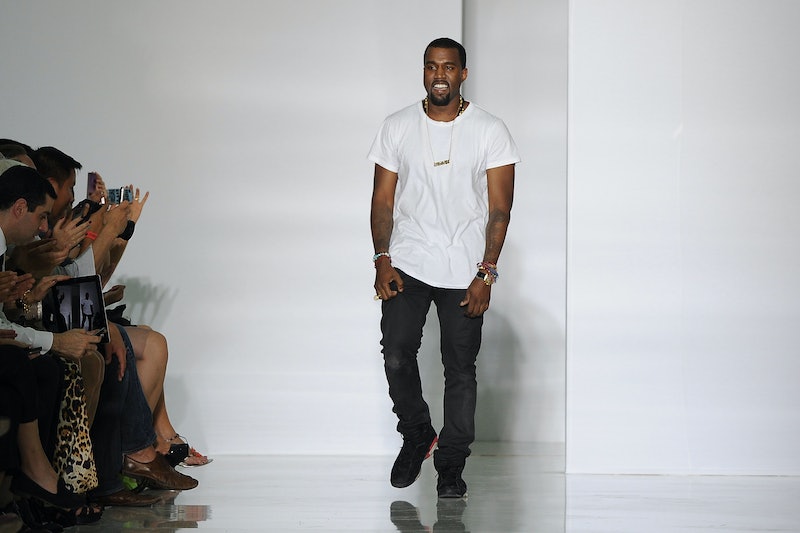 Gap is no stranger to collaborations, having teamed up with the likes of Rodarte, Telfar, Thakoon, and more. And next on the list of high-fashion designers who are lending their eye to the classic American brand? Drumroll please… Mr. Kanye West. Yes, Yeezy Gap is happening.

Announced in a press release from the brand, the capsule collection will be named YZY, which is being marketed with the traditional blue Gap square logo (though with slightly off-kilter edges to make it seem as though it’s a little more fluid than its traditional counterpart), with the letters YZY in the center in Gap-centric font.

The company explained how full-circle and organic the partnership was, sharing, that Kanye worked at a Gap store growing up as a teen in Chicago. “We are excited to welcome Kanye back to the Gap family as a creative visionary," the retailer added, "building on the aesthetic and success of his YEEZY brand and together defining a next-level retail partnership.”

Kanye West announced the partnership on Twitter, writing “YEEZY AND GAP FORM PARTNERSHIP #WESTDAYEVER.” Already, the hashtag is blowing up on social media making it — you guessed it — the West day ever.

The YEEZY x Gap line will be sold in stores and on the brand’s website in 2021, but no further word on timing, size range, or how many capsules will be released. Here’s hoping it will include some "ugly" but cool kicks, neutral spandex basics, and cropped utility jackets that will have you channeling Kim Kardashian West — at Gap prices.