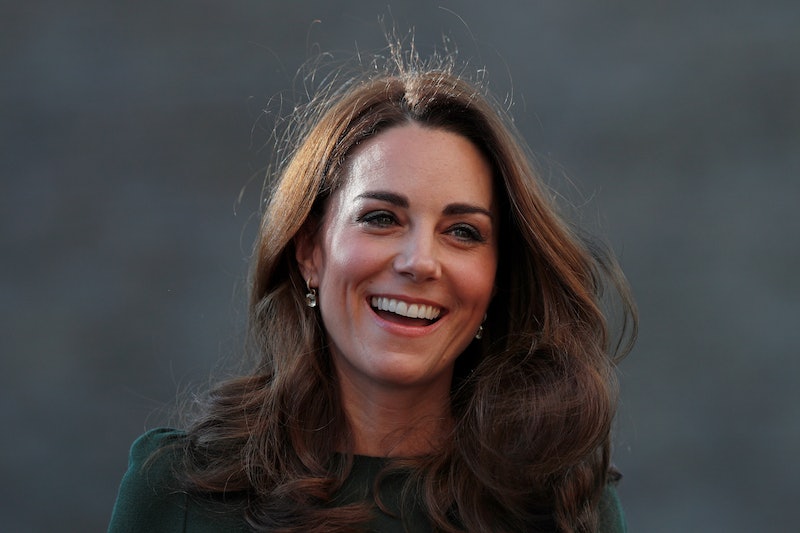 Kate Middleton’s Gucci blouse is going viral, but not for the reasons you think. While fans are clamoring to buy their own version of the top, it seems as though much of the chatter is actually due to a debate over whether or not she’s wearing the top backwards.

Middleton wore the purple silk pussy bow blouse with buttons down the front. But, when you go to shop the look on Gucci’s website, it seems as though the buttons are actually supposed to run down the back of the top, just as it was styled on the Gucci runway back in May 2018.

Though Net-a-Porter and Gucci both styled the top with the buttons down the back, many other retailers have shot the item as Middleton wore it, fastening up the front. So, as it seems, it’s a two-in-one styling piece that is now sold out nearly everywhere.

Middleton was first seen wearing this top in March 2019, visiting the Henry Fawcett Children’s Centre in London. She, again, wore it on Instagram this past week to share her “5 Big Questions” survey.

At the time, a fan tweeted, "It’s the end of the day and I just realized that I’m wearing my pants backwards which is very interesting because recently a Kate Middleton wore her Gucci blouse backwards. That’s right, I made the same mistake as a princess." Something to celebrate, indeed.

See Middleton wearing the blouse in her own unique way below:

And here's how Gucci styled the garment: