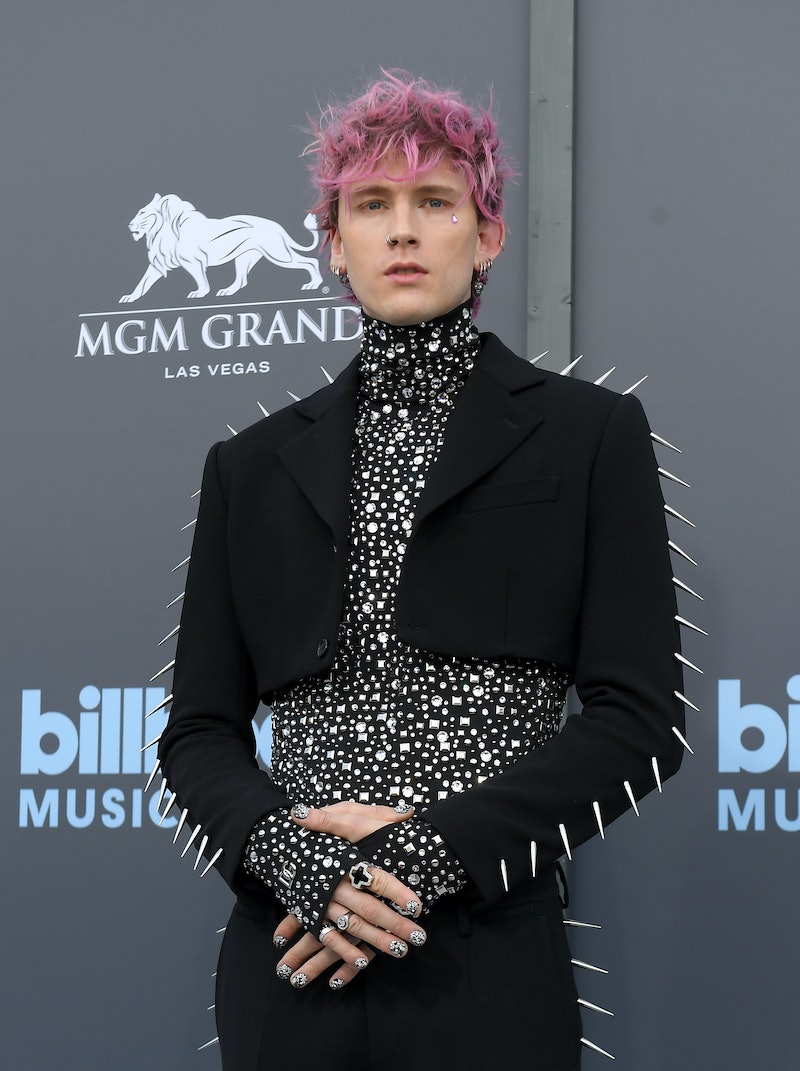 The 2022 Billboard Music Awards were Sunday night in Las Vegas, and one of the night’s most buzzed-about artists — for a number of reasons — was Machine Gun Kelly. Although the rapper-turned-rock star performed and was nominated for Top Rock Artist, he also sparked chatter walking the red carpet with fiancée Megan Fox and sporting super sparkly nails that were valued at a cool $30,000.

Turns out, MGK was rocking a diamond-encrusted manicure courtesy of a collab between Southern California-based jewelry brand Marrow Fine and Brittney Boyce, the celebrity manicurist and founder of press-on brand Nails of LA.

The set took three months to plan, more than 10 hours to create, and featured 880 tiny diamonds laid over a black background for a total weight of 11.4 carats. Now that the BBMAs have wrapped, the stones will be repurposed into 10 limited-edition rings that’ll be available for purchase on Marrow Fine’s website, where all proceeds will be donated to charity.

Jillian Sassone, founder and creative director of Marrow Fine, said in a statement that it was an honor to hook up with Nails of LA for the design. “Machine Gun Kelly and Megan Fox are one of the most featured and fashionable couples of the moment, so to design something so unique for charity was an offer I simply could not refuse,” Sassone said.