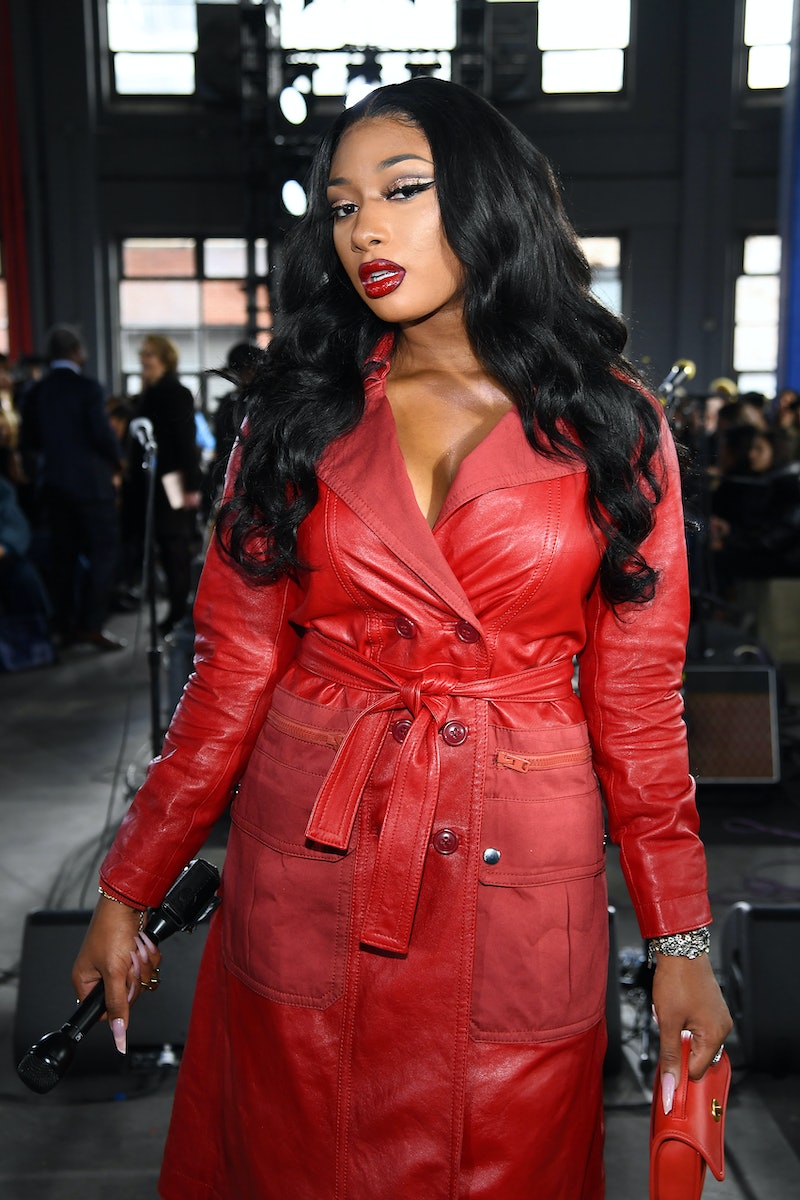 It really is a Hot Girl Summer: Megan Thee Stallion is Revlon's new global ambassador, and she did her own makeup for the new campaign.

Revlon announced the partnership with the rapper on Aug. 6. The brand began teasing Megan's new role the day before, showcasing her applying eyeshadow and lip gloss in zoomed-in shots posted to Instagram. In the campaign photo, Megan rocks a silver and blue cut crease and dramatic winged liner. The eye look is complemented with matte skin and a glossy lip.

"Everyone knows I love makeup, and I love the way the hotties — the hot boys, the hot girls — express themselves using it too," Megan said in a story posted to her Instagram account. "I'm just hoping y'all have the confidence and are ready to live bold with us."

She revealed some of her favorite Revlon products in an interview with Allure, citing the brand's ColorStay Liquid Eye Pen as her must-have eyeliner because it "lasts through anything and goes on so smooth." Lip-wise she's all about gloss, telling the magazine, "I have to keep my lips poppin' too, that's why I always keep a Super Lustrous The Gloss on deck. This gloss is super thick, so I'm never worried about it coming off. The Crystal Clear shade keeps my lips looking juicy all day."

Megan, who has worked alongside brands like Rihanna's Savage x Fenty, Coach, and Puma, joins past Revlon ambassadors like Gal Gadot, Ashley Graham, and Adwoa Aboah in her new role, where she hopes to champion inclusivity. "To have the opportunity to be that role model and to champion real diversity is something that's real special to me," she told Allure.

"When we first approached her about a partnership nearly a year ago, we were drawn to her confidence and fierce ambition as much as her power to hold nothing back," Revlon Global Brand President Silvia Galfo said in a statement. "She loves to express herself with makeup and is a constant inspiration to her fans on living boldly. It’s that authenticity and unapologetic spirit that we admire, and we are thrilled to welcome her to the Revlon family."