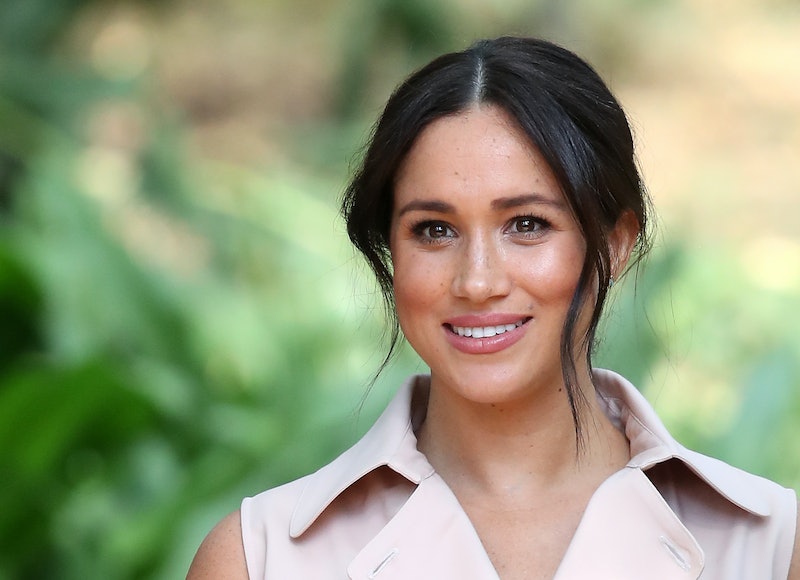 If your personal style at least partly follows the “Markle Sparkle” effect, it might be time to stock up on lemons — or, rather, lemon print. Fresh off the announcement that they’re expecting their second child, the Duke and Duchess of Sussex made a surprise appearance at Spotify’s Stream On event on Monday. And Meghan Markle's lemon dress was full of hidden meanings.

Lemons happen to signify abundance, prosperity, and good luck. They also symbolize the notion of cleansing energy and getting rid of negative vibes, which could be a nod to the couple's fraught dealings with the monarchy as they plan their future as non-working Royals.

And that's not her outfit's only ostensible connection to the Queen. Elizabeth Holmes, author of HRH: So Many Thoughts on Royal Style, pointed out on Instagram that Markle's lemon-print dress has 'Primavera' in the name, and Queen Elizabeth's wedding dress was inspired by Botticelli's painting Primavera. Primavera, of course, means Spring in Italian, which speaks to the idea of renewal and rebirth.

While both details could just be a coincidence, they still send an interesting, albeit subtle, sartorial message.

For the Stream On event, the couple opened up about why they launched Archewell Audio in partnership with Spotify.

“We created Archewell Audio to make sure that we can elevate voices that maybe aren’t being heard and hear people’s stories,” Markle said.

According to the Archewell Audio website, as part of the partnership, the Duke and Duchess will produce podcasts and shows that “build community through shared experiences, powerful narratives, and universal values.”

“And the biggest part of this is to create this community of where you can share, that will encourage everybody else to then share their own vulnerabilities within that safe space,” Harry said.