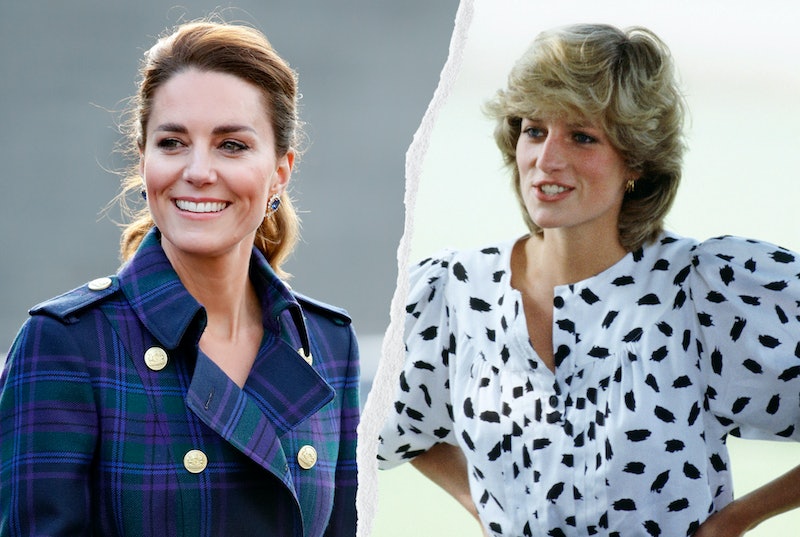 When it comes to royal style icons, two names that are undeniably up there are The Duchess of Cambridge and Princess Diana. Both have helped to define their respective eras in terms of fashion, be it during daily official engagements or more dressed-up evening occasions. Both women also have been known to do casual, laid-back looks with ease, and to wear items from the high street. And their favourite pair of trainers is actually a £55 ’90s classic that still reigns supreme today.

Both Diana and Kate have been fans of Superga’s cool canvas trainers, with the former owning a pair of navy ones, and the latter a fan of the simple white classics. Diana’s most iconic Superga moment came during her famous trip to Angola with the Red Cross in 1997. She wore a pair of pale blue jeans, a double breasted navy blazer, and her matching Superga’s. The shoes gave the outfit a smart-casual feel and undeniably spoke to Diana’s warm, approachable manner.

Kate Middleton has now taken over as the latest royal advocate for the brand’s canvas plimsols. She has been spotted in her original white pair on a number of occasions, including at an event in Battersea Park in 2020, as well as at the Chelsea Flower Show in 2019, and the 2017 Virgin Money London Marathon.

While Diana wore hers to add a chilled feel to a smarter ensemble, Kate tends to reach for her pair when she’s going pretty casual and laid-back all over. She often combines them with skinny jeans or culottes, and along with her Keds and Veja trainers, these seem to be some of her favourites.

A pair of these trainers will set you back £55, which is pretty steep but more budget friendly than other shoe brands in the royal wardrobe. You can pick up Superga’s in all sorts of colours and styles, along with the original white pair and the navy ones that Diana loved so much.

They’re available at several retailers such as & Other Stories, The White Company, and Oliver Bonas, as well as on Superga’s official UK website.