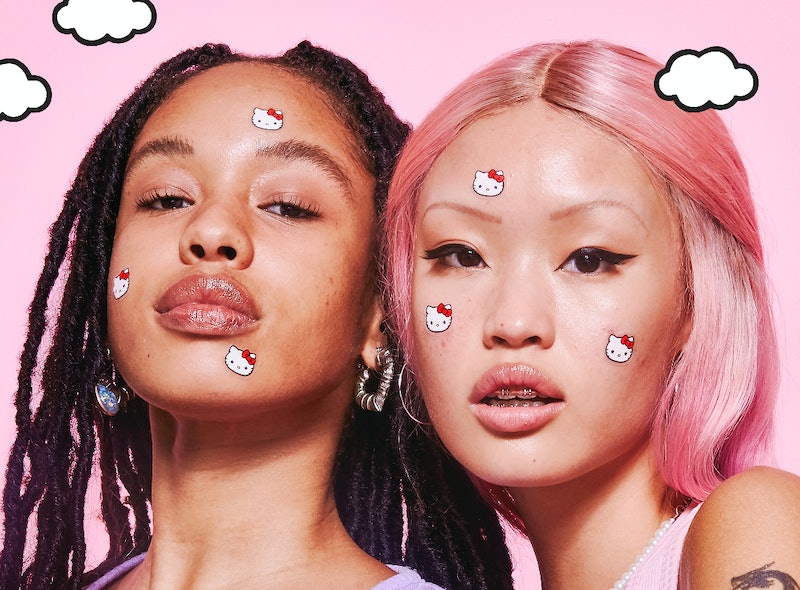 Starface has to be one of my fave new brands of the year. Pimple patches had long been a thing, but Starface helped make them feel cool and cute in 2020, meaning lockdown breakouts were both less of a taboo, and increasingly less of an issue overall. The fun star-shaped stickers have been celebrated for their ability to shrink spots overnight, and since, the brand has brought out new versions such as their glow-in-the-dark patches. But Starface has just teamed up with Hello Kitty, for what are quite probably the cutest pimple patches yet.

The limited-edition Hello Kitty Hydro-Stars in collaboration with Sanrio (which owns Hello Kitty), are being launched on Nov. 18, just in time for Hello Kitty's birthday this month and Sanrio’s 60th anniversary. Both Sanrio and Starface are proud to share the same values of bringing happiness and positivity to people of all ages, so it makes sense the two have worked together on this project.

Starface has also always been known to transform pimples into opportunities for self-expression with their starry designs, and their cute Hello Kitty versions will be sure to continue this mission.

The patches themselves will be housed in a Starface-shaped pod, but unlike the original, this one will be white instead of yellow, and feature pictures of Hello Kitty. Fortunately for all us UK-Starface fans, you can pick up a pack of 32 for £12 from the brand's website.

The Hello Kitty stars have the exact same healing powers as the OG Hydro-Stars, and promise to draw out pimple pus, block outside bacteria, and create a physical barrier between your spot and your fingers, making picking impossible.

The Hello Kitty Hydro-Stars will launch on Wednesday, Nov. 18 at starface.world