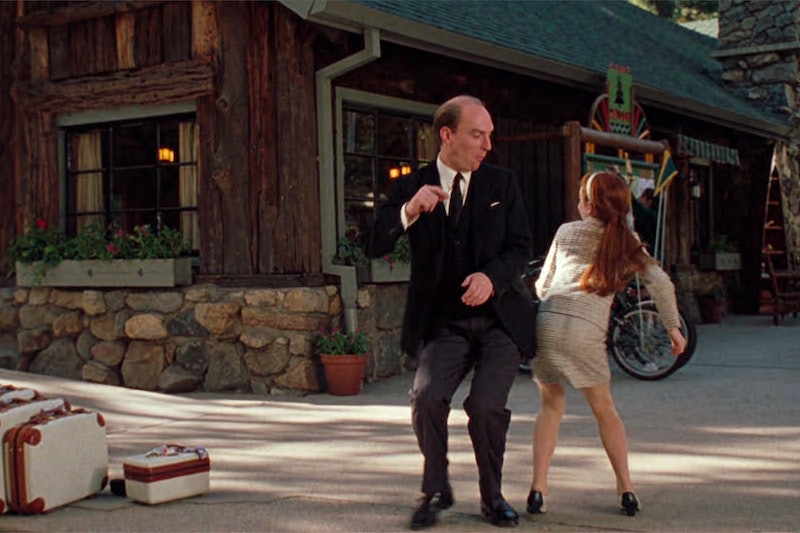 It hard to believe there was a time when Lindsay Lohan wasn’t famous but, in 1997, she was an unknown young actress just recently cast to work twice as hard as both twins in the Nancy Meyers’ remake of the 1961 film, The Parent Trap. Cut to its 1998 release, Lohan’s big-screen debut (and Meyers’ directorial debut also) was an undeniable hit and grossed $92.4 million in the box office, making a household of its leading star.

There’s so much to love about The Parent Trap, from the glamorous settings (I mean, has London ever looked so chic?) to the heart-warming script. But one thing I love perhaps more than anything else is the outfits. I mean, this is ’90s style at its finest, whether its Elizabeth James’ Princess Diana-esque elegance or Meredith Blake’s LA glamour.

And then you have Annie and Hallie. As a pre-teen watching the film, I somehow didn’t clock on to the brilliance of the twins outfits. But now it’s all I can think about. A matching skirt suit for a 11-year-old who’s just rocked up to a summer camp in Maine? So chic (if slightly unbelievable). As far as the twins’ outfits go, these are the outfits from The Parent Trap that we’d happily recreate today.