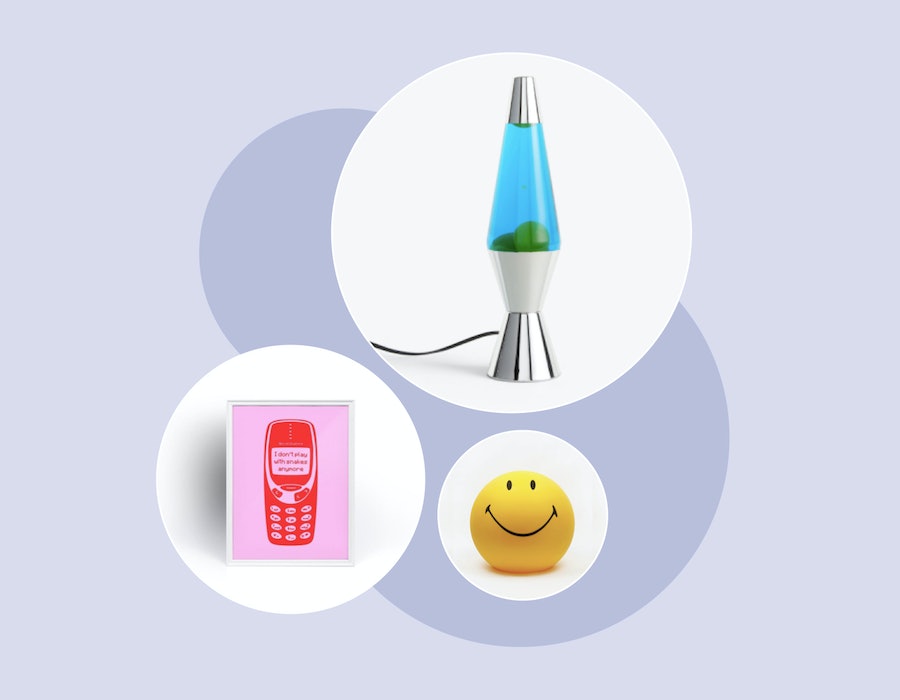 If you’re a millennial, you may want to cast your mind back to 1999. You were likely still in school, being told by teachers and parents what a unique and extraordinary experience seeing in a new millennium actually was — and only realising later down the line just how right they were. The late nineties leading up to 2000 were defined by the fear of Y2K: a bug in computer programming that may have meant dates in calendars digitally could not go past 1999. But Y2K as a trend became a whole lot more; the era is defined by bold prints, inflatable furniture and shine, shine, shine.

Weirdly enough, Y2K looks set to come back around over 20 years later. Online community groups and forums have a new-found fascination with all things Y2K, from music to movies, clothing to homeware. Speaking of homeware, there’s plenty about that can bring that sense of millennium nostalgia back into your space, from retro lava lamps to daisy prints. I’ve scoured the internet for the best Y2K homeware that’s guaranteed to make you feel all the feels.

Ah, the early noughties... what a time to be alive.