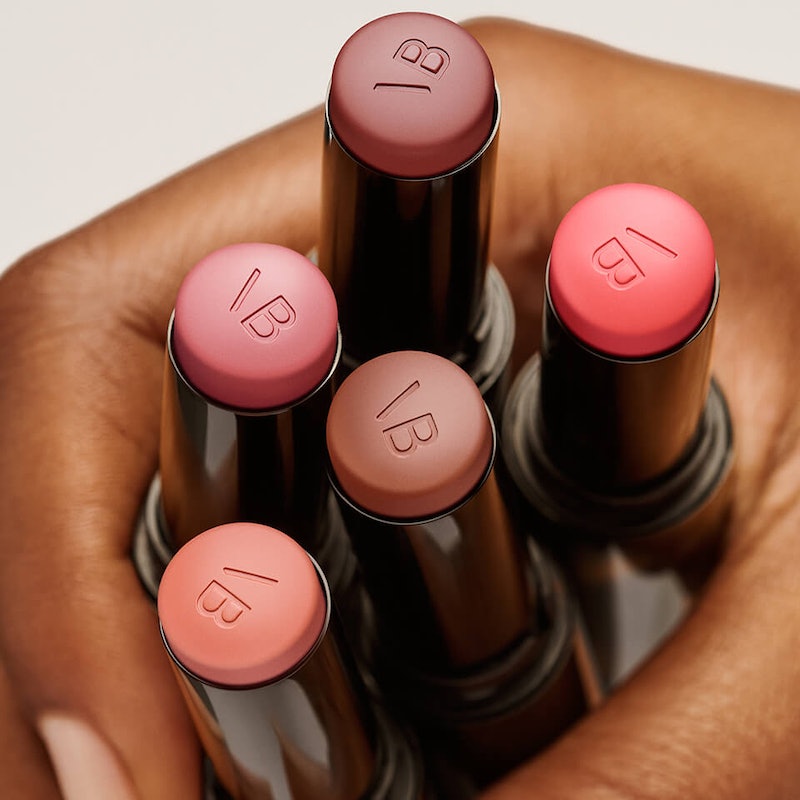 Victoria Beckham Beauty launched two years ago with just a moisturiser. That moisturiser was closely followed by a serum, and then a range of eye products, and on to liners, shimmery shadows, and even eyeshadow bricks. Now the brand has expanded to include everything a beauty lover would need to complete their makeup routine, with bronzer, mascara, and lipsticks aplenty. But perhaps one makeup item fans had been waiting for was a blusher, which was still missing from the line.

Luckily for them (and for beauty fans everywhere), VBB has finally given us the goods in the form of the Cheeky Posh Cream Blush Stick, which launched today much to everybody’s delight. As with most of the brand’s products, this one was sort of sprung upon us; one minute it was being teased on Instagram, and the next (the following day, to be exact), it had appeared online, ready to buy in just a few simple clicks.

So what’s so special about Cheeky Posh, and why should you be excited for this new launch? Well, first up, it just looks damn pretty – to put it bluntly. Secondly, of course, there’s the fact that it’s an ode to Beckham’s much-loved Spice Girls persona (promotion for the blusher used the hashtag #PoshIsBack). Then there’s the beautiful shades, each one with a playful moniker: Knickers (a light peachy melon hue), Major (a neutral pink flush), Miniskirt (a slightly darker berry tone), Playground (a terracotta nude), and Rollerskate (a vivid coral pink).

Speaking about the backstory to Rollerskate, Beckham writes on her website, “This one’s for Harper,” she commented. “She’ll just rollerskate into the room during a product meeting, pick her favourite shade and roll right back out. A girl who has a point of view (like her mum!).”

Along with the shade range, the texture sounds like a total dream. The product’s press release revealed that Cheeky Posh has a “creamy, velvety formula” that will “nourish the skin,” as it is infused with “clean botanical actives with water-resistant properties.”

Said actives include blue lotus wax, which softens and protects skin, along with jojoba esters, a plant-based alternative to silicone that helps with the product’s water/sweat-resistant properties.

Speaking about the blusher stick, Beckham said: “My vision was to create a blush that looks and feels beautiful on everyone, to find the perfect pops of colour that look effortlessly natural on any skin tone.”

She added: “When I think of my muse for Cheeky Posh, it’s the effortlessly gorgeous woman who’s spent the day at the beach. Seventies Miami Beach to be exact. She’s flushed and very glowy, waves tousled—so beautiful with her easy glamour. That is the fresh-faced flush Cheeky Posh will give you all year round.”

You can shop all five blushers at victoriabeckhambeauty.com now.