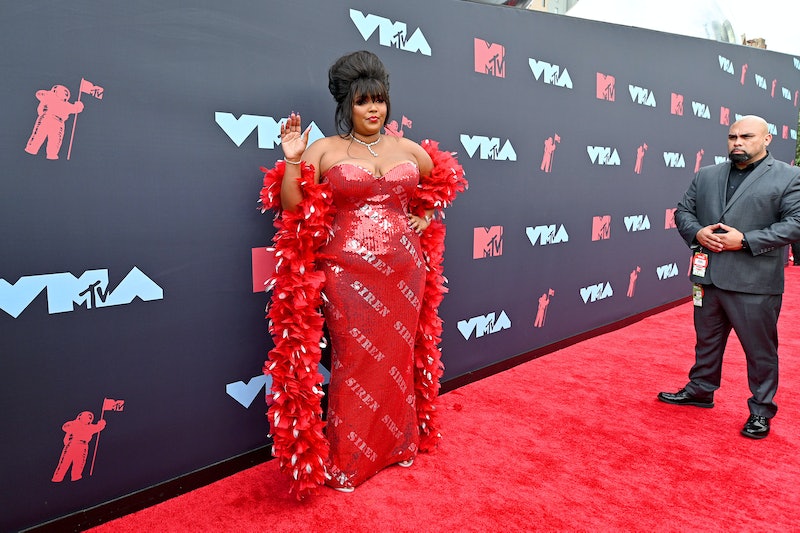 The MTV Video Music Awards are right around the corner, broadcasting live from the Barclays Center in Brooklyn, NY on Sun., September 12. Doja Cat will play host, with nominees including Justin Bieber, Megan Thee Stallion, and Cardi B and presenters on the list that reads Hailey Bieber, Billie Eilish, Rita Ora, and more. And, with a star-studded cast that not only includes all of the above, but expands exponentially from there, it’s sure to be a head-turning red carpet.

With the world slowly re-opening, there will, indeed, be a red carpet at the MTV Video Music Awards this year. And we, for one, cannot wait to watch. So many iconic fashion moments have been made at the VMAs of years past. Madonna debuted her “Boy Toy” belt in 1998, Lil’ Kim wore little more than a nipple pastie in 1999, and Lady Gaga came dressed in meat in 2010. The list goes on.

In short? It’s time to add the VMAs red carpet to your calendar, stat. After all, how else will you be able to see what’s in store for this year? But what time does the 2021 VMAs red carpet start? At 6:30, tune in to MTV on your television or mtv.com online and stream the red carpet spectacular that runs until the awards show itself starts at 8pm.

With some of the most iconically head-turning style of the year, prepare to be wowed.