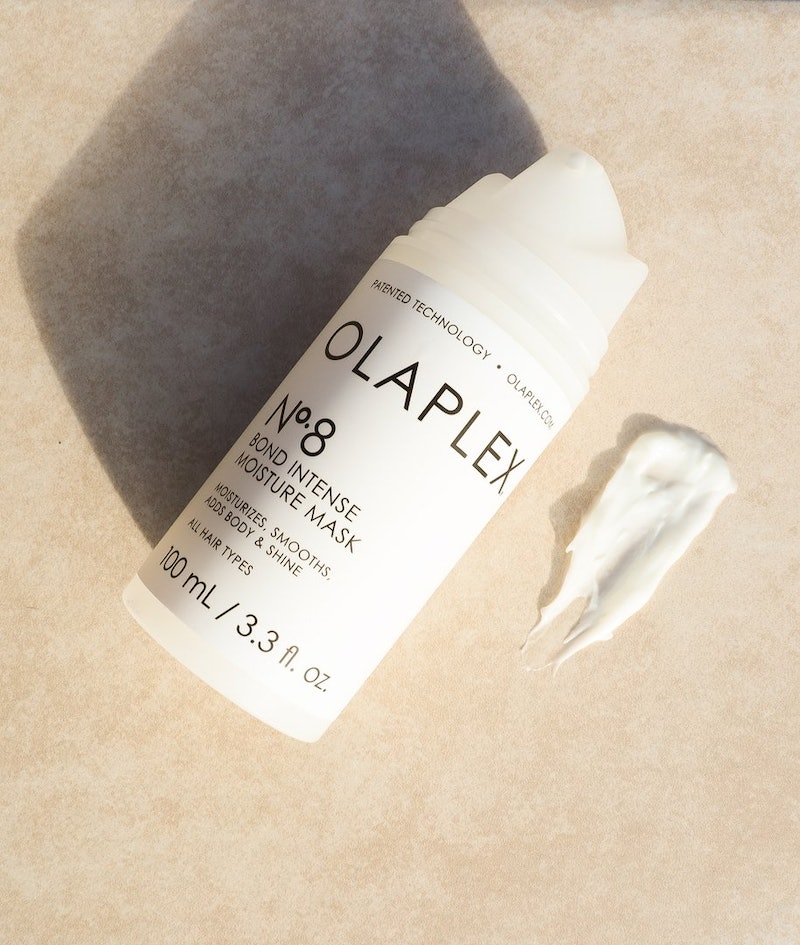 Olaplex is known for its bestselling No. 3 Hair Perfector, but over the years the brand has added to its line to create a comprehensive haircare ‘system’ that works for all hair types. Most recently, in summer 2020, they launched No. 0; a liquid formula designed to be used prior to No. 3 in order to intensify its effects. But they’ve just dropped another addition for 2021: No. 8. So what is Olaplex’s new No. 8 product and how are you supposed to use it?

No. 8 was first announced on Olaplex’s Instagram page, and it sounds as though it’s the final piece in the Olaplex jigsaw we were missing: a moisturising hair mask. While No. 3 is a mask in theory, it’s actually a bond builder rather than a nourishing product that leaves hair instantly smoother, shinier and bouncier. No. 3 tends to work over time to repair and strengthen, whereas this new addition sounds as though it’s more about instant results.

Designed for all hair types and textures, the Bond Intense Moisture Mask has been four years in the making. As with all of the brand’s products, No. 8 is infused with patented Olaplex Bond Building Technology, meaning as well as giving those instant results, it does still work on the sidelines to help repair broken bonds in hair from years of heat damage, colouring, and pollution.

The mask is highly concentrated, and works to inject hair with moisture, leaving locks shinier with more body. Olaplex promises this new product has a weightless texture, and provides residual benefits that last through multiple shampoos.

The product is designed to be used on the mid lengths to end of hair, unlike your No. 3 formula which can be used root to tip. It’s supposed to be applied after shampooing in place of your conditioner, and left on for 10 minutes before being rinsed out. The product can be used in conjunction with all others from the line, but it’s probably best to used your No. 0 and No. 3 on a different day to space it all out.

The mask is coming out over in the U.S. on April 6, and internationally in April or May. Sadly they have not released an exact date yet, but keep an eye on Olaplex’s top stockists such as Cult Beauty for updates.