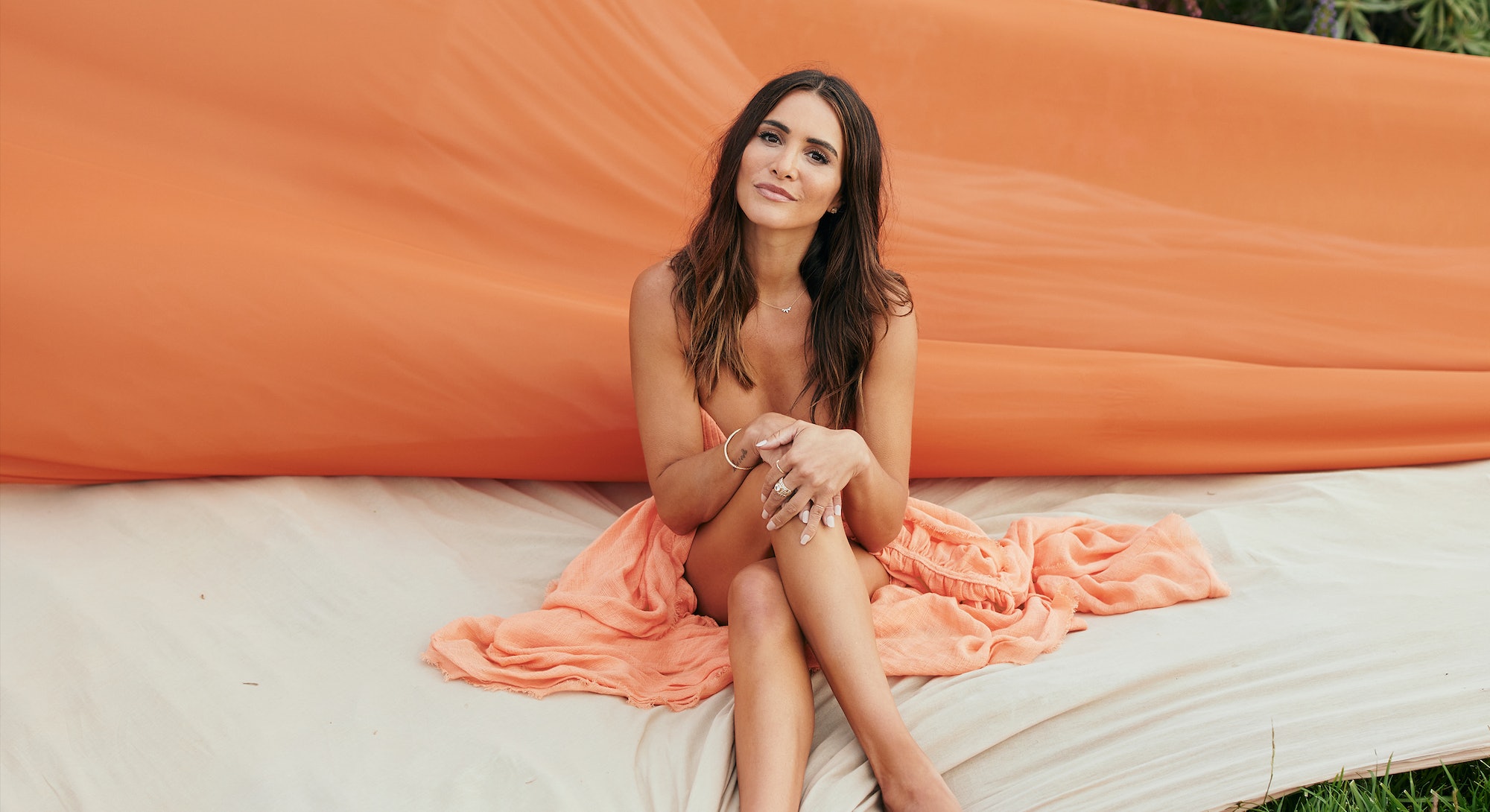 Talking to Andi Dorfman on the phone, you’d never guess that she has more than a million followers on social — or that she has not one but two best-selling books and her own athletic company for that matter. When the former Bachelorette star calls me shortly after 3 p.m., she sounds slightly out of breath, as if she’d just gotten back from a run (which would be fitting, but more on that later). “I’m so sorry!” she says. “My phone wouldn’t let me pick up, so I had to restart it.” I assure her the same thing happens to me all the time, and we bond over technology fails before jumping into the interview, created in partnership with European Wax Center. By the time I get into my first question, it already feels like I’m catching up with an old friend rather than talking to someone whose name generates nearly a half-million search results.

“I’m a big body scrub and hair mask person, and I love taking a nice hot bath, usually with Epsom salt, [as] it’s a way for me to unwind mentally and physically,” Dorfman tells me after I ask her about the self-care practices she picked up during the pandemic. “I think when I feel like my hair looks good or my outfit looks good, there’s an inner confidence that grows. And of course the same goes for my skin. When it’s looking and feeling good, and I know I’m taking great care of it, my confidence inherently goes up.”

Since the former reality star rediscovered the value of personal care during her time at home over the last year, she admits that she can’t wait to get back to professional treatments, like waxes and facials. “I really like feeling clean, whether it's my legs or my eyebrows — both of which I wax — as well my bikini line,” says Dorfman, drawing a direct line between feeling good in your skin both literally and figuratively. “And I adore going to a spa and being pampered like that.” Now that life seems to be opening back up, Dorfman will definitely be booking these treatments soon.

But as much as giving herself some T.L.C. enhances her self-confidence, it is something Dorfman has actually had to work on (though most people wouldn’t guess that based on her public persona). “I’ve struggled with self-confidence in the past just like so many other women and men have, and I learned that a really great way to build up your confidence is to speak to yourself like you’d speak to a friend or a family member,” she says. “We’re so often doling out compliments to other people yet can be so hard on ourselves, but giving yourself a compliment is not being self-centered or narcissistic — it’s giving yourself self-worth and self-love.” The same goes for the physical care you put into your body. For instance, Dorfman says she's tired of the age-old being-high-maintenance-makes-you-vain trope. “I just don't see how taking care of yourself is in any way self-absorbed,” she says. “It's just another way of giving yourself the love and attention you deserve.”

For Dorfman, running is another major outlet that she can turn to for comfort, stability, and personal care. “Just being able to get those endorphins up daily is something I’ve been really grateful for,” she says. “Physical exercise has and always will be a huge form of self-care for me.” To share that experience with others, Dorfman started an online community for runners called Andorfins, which officially launched last fall. “There's a mobile app component and a game, but for me, it's really been about celebrating people in the space of running, which I think can be intimidating for some to start,” she says. “Running is not only physically exhilarating, but it also allows me to mentally check out for a bit and just listen to music and be alone with my thoughts. It’s become a very therapeutic ritual for me, and I want that for other people.”

Starting Andorfins wasn’t the only major life change Dorfman made during 2020. She also moved across the country to Los Angeles — a decision she’d been considering for a while but hadn’t gotten up the gumption to do until the pandemic hit. “I was thinking about it for a long time,” she says. “I love New York, but it had kind of run its course for me. And my family is in California, so to be honest, I just wasn’t feeling happy there anymore and really wanted a change.” Dorfman says she knows some people might judge her for not sticking it out, or for leaving such an amazing city, but at the end of the day, she’s proud that she pursued what was going to make her happy and didn’t let others’ opinions get in the way.

“When it comes down to it, you have to create your own happiness,” she says matter-of-factly. “I wasn’t going to sit there and wait in New York for something or someone to make me happy. I decided I was going to find my own happiness, and that’s what I did.”