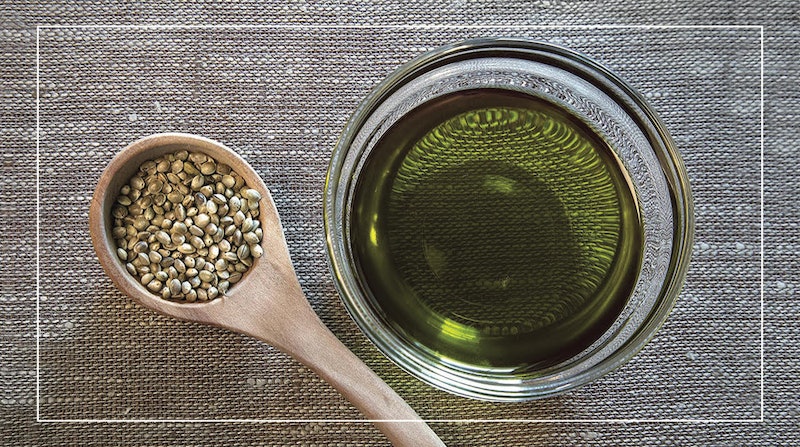 When you're shopping for hemp oil, there's a lot of consider — things like taste, texture, and concentration are all important factors. But there's also an easy way to narrow down your selection: look at the source of the seeds. Generally speaking, the best hemp oil on Amazon comes from seeds grown in Canada. This is because Canadian regulations are typically more stringent, resulting in higher-quality, better-tasting hempseeds. Not only that, but Canadian hemp is 100% non-GMO, too. If you go with an option that's not made from Canadian-grown seeds, you may want to check that it's organic to ensure it's still high-quality.

But first, what is hemp oil?

Before getting into the benefits of hemp oil, it's helpful to define some terms more clearly. The term "hemp oil" can be confusing because it's often used interchangeably to describe hempseed oil and hemp extract. Hempseed oil (the product we're talking about in this article) is derived exclusively from the seeds of the cannabis plant. It doesn't contain any stalks, stems, or flowers, nor does it have THC or any other psychoactive ingredients.

The benefits of hempseed oil

Commonly used as a topical treatment for skin and hair, as well as an ingredient in smoothies and salad dressings or even as a cooking oil, hempseed oil is chock-full of potential health benefits. This is largely due to hempseed's nutrient-rich profile, which includes minerals, antioxidants, and a balance of omega-3 and omega-6 fatty acids.

Possible health benefits of hempseed oil include things like lowered blood pressure and the improvement of inflammatory skin conditions such as eczema. Of course, if you're looking to start taking hempseed oil orally, be sure to you talk to your doctor first (especially if you're pregnant or breastfeeding).

Now that you know the basics, take a look at the best hemp oils on Amazon below.