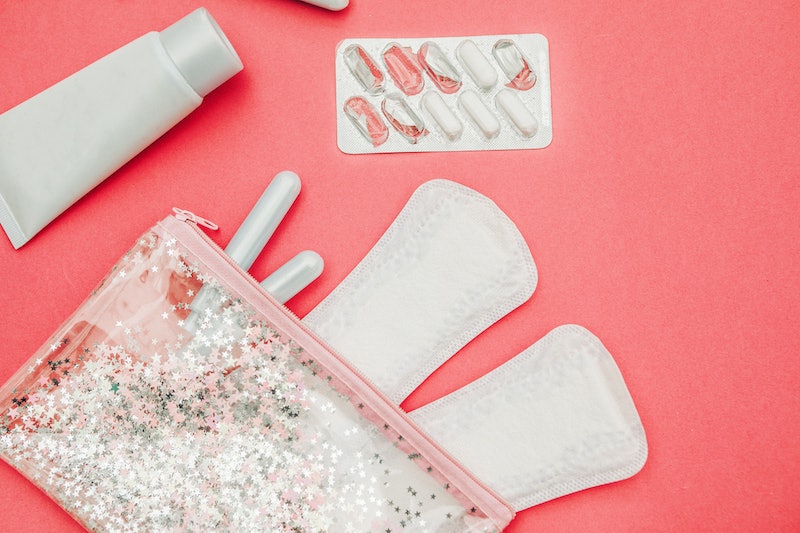 Free sanitary products were made available for students in all English schools following a two-year campaign to eradicate period poverty for young women, but lockdown brought about a new reality for many. With most children being forced into homeschooling, and shortages of sanitary products, charities have seen a rise in period poverty during lockdown.

As per BBC News, national charity Bloody Good Period, which usually distributes 5,000 packs of sanitary products a month, saw that number swell to more than 23,000 amid the first lockdown in March. Since then, the charity has been supplying “almost six times as many menstrual products” across the country, per the Guardian. Leeds-based charity Freedom4Girls has “seen an even larger five-fold increase” in demand for sanitary products, rising from 500 to 7,500. “[COVID-19] has exacerbated the issue over lockdown. Community centres weren’t open, schools were closed,” Tina Leslie, founder and product lead of the charity told the BBC.

“The level of deprivation and poverty and people not able to afford products has been growing slowly but this has just exacerbated the issue and I don’t think it’s going to get better anytime soon,” Leslie added. The closure of schools and community centres has led to many women and girls struggle to get hold of free products, and as a result charities fighting period poverty are finding it difficult to meet demand.

The Guardian also revealed that NHS workers received “almost 700 packs of menstrual products” during the lockdown in March and April as “they were working such long hours that they could not get to the shops to buy period products.” And even when they found the time, the shelves were often empty. Bloody Good Period also received requests from university students “struggling with self isolation and the loss of part-time jobs in the hospitality sector.”

Charities like Bloody Good Period are now having to offer appointments at their Alexandra Palace distribution centre, as HuffPostUK writes, using a “‘take what you need’ scheme to prevent overcrowding.” And while the government established a scheme in January to provide free period products in schools, girls are struggling to gain access due to the majority of them still being closed.

“[Products] have to be available to people who need it at any point, in the way condoms are in GP surgeries and sexual health clinics — or even the way toilet paper is in any business or any public place,” Gabby Edlin, founder of Bloody Good Period told HuffPost UK. “Period products need to be considered in the same vein, because it’s impossible to go about your life if you’re on your period and you don’t have the products that you need.”