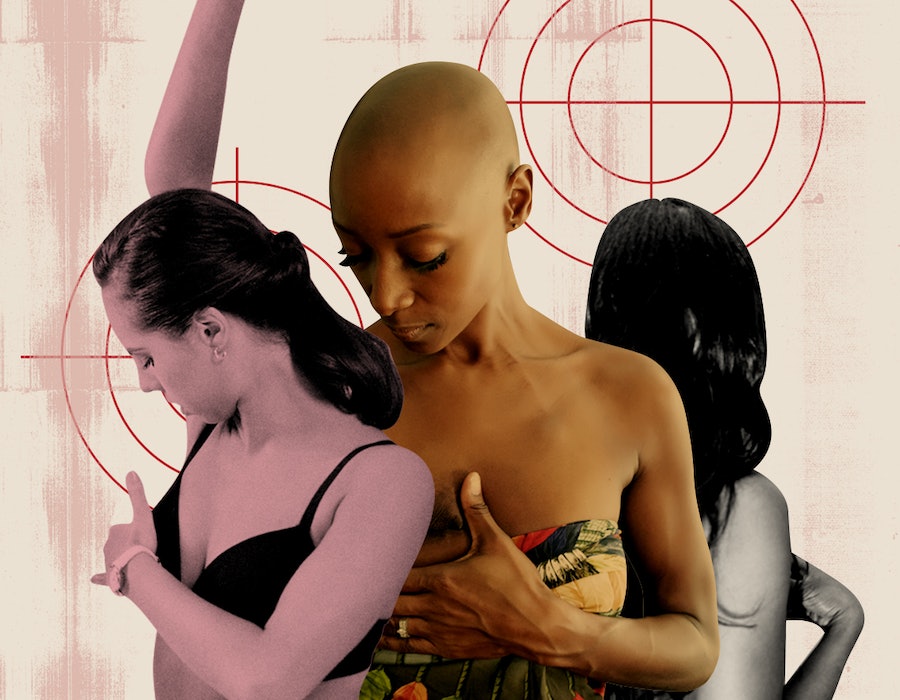 You might have learned about breast self-exams during your high school health class, or at your first visit to the gynecologist — then proceeded to lie to your gyno each year that yes, you did them every month, just like you flossed regularly. You’d think that these exams would be helpful — anything to help catch cancer earlier is a good thing, right? But guidance from the American College of Obstetricians and Gynecologists (ACOG), the American Cancer Society, the United States Preventive Service Task Force (USPSTF), and the National Comprehensive Cancer Network (NCCN) advises against them.

A breast self-exam “checks all the boxes of no benefits, some harm, and no reassurance for the patient,” says Dr. Mark Pearlman, MD, an OB-GYN, breast cancer specialist, and faculty member at the University of Michigan’s Medical School. He’s also the author of ACOG’s practice bulletin on discouraging the practice and the NCCN’s breast cancer screening guidelines.

Dr. Erin Stevens, MD, an OB-GYN and author of Unexpected: A Postpartum Survival Guide, says they can actually increase rates of false positives and unnecessary invasive procedures. “Unfortunately, breast self-exams haven’t been shown to be particularly helpful — with no change in breast cancer survival rates — and may be harmful,” she says.

The idea of making breast self-exams commonplace first emerged in the ‘50s, way before mammograms or annual well-woman exams were a thing, says Pearlman. Given how common breast cancer was, and the lack of any way to catch it early, teaching people to check themselves out could help diagnose breast cancer earlier and at its more treatable stages.

But by the ‘80s, mammography was commonplace, and was considered an evidence-based gold standard for detecting breast cancer. By the early aughts, Pearlman says, there were no randomized trials to see if patients who’d done breast self-exams fared any better than a control group. Three large studies came out between 1994 and 2005, all of which pointed towards the same conclusion: that with mammograms, there was no change in chance of dying whether cancer patients had felt themselves for lumps or not, though one study found that people who'd done self-exams found more small fibroadenomas.

That doesn’t mean they’re harmless, though. Breast self-exams are linked to higher rates of invasive procedures, like biopsies, which can be painful. The procedure can also cause unnecessary anxiety in people who think they’ve found something that’s off, or instill a false sense of security. “Some people are overly reliant on breast self-exams,” says Stevens. “They think everything must be fine if they’re not able to feel anything. Others become incredibly stressed out about breast self-exam findings that are completely normal. Maybe they just pressed a little extra hard at a new angle in a certain spot, and then they convince themselves they must have cancer.” In Pearlman’s experience, patients may lie about how often they do self-exams, or own up to the fact that they don’t know what to look for.

What To Do Instead Of Breast Self-Exams

As an alternative, Stevens advocates for breast self-awareness. She says, “Instead of promoting this really intensive examination regimen, it's better to simply try to be in tune with your own body, having a general idea on the baseline look and feel of your breasts. It's not uncommon for people to have breasts that are ‘lumpy-bumpy,’ unequal in size, or changing in texture through various times of the month.” This also goes for cis and trans men.

This gentler approach is important, Pearlman says, because there is so much fear around breast cancer. “Not everyone gets breast cancer, but almost everybody knows someone who has had breast cancer before.” This leads people with breasts to be much more proactive about their health — sometimes, more proactive than they need to be.

The biggest thing you can do for your chest health is see your doctor every year. They’ll do a breast exam, and actually know what to look for. Stevens encourages people to share their family histories, as that also impacts how soon and how often you should get mammograms. “Bring up anything that worries you,” she adds. “Maybe it's nothing, but it's better to get that reassurance than to avoid bringing up an issue that might ultimately be dangerous.”

So don’t stress out if you haven’t felt your boobs in a while. “We know that doing [breast self-exams] routinely doesn’t change people’s outcomes,” says Pearlman. “We don’t need to be guilting women into thinking they have to find their own breast cancer.”

More like this
All The Muscles You Work When Doing Deadlifts
By Carolyn Steber
9 Balance Training Exercises That'll Improve Your Mind-Body Connection
By Carolyn Steber
6 Unexpected Causes Of Post-Workout Fatigue
By Carolyn Steber
I Visited Remedy Place, The Social Club Transforming The Wellness Industry
By Rachel Lapidos
Get Even More From Bustle — Sign Up For The Newsletter