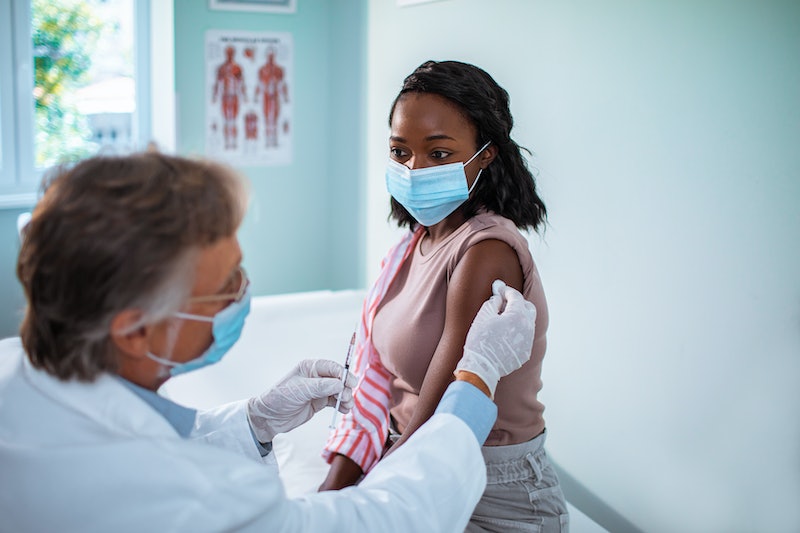 On Dec. 23, the government announced its plan to appoint a Women’s Health Ambassador as one of its key responses to a mass government consultation taken earlier this year, which revealed a huge gender health gap in the country.

The move comes after The Vision for Women’s Health was published, which revealed findings from the study, undertaken by 100,000 women in the UK. Amongst said findings, the report revealed that there are still “damaging taboos and stigmas in women’s health [that] can prevent women from seeking help and reinforce beliefs that debilitating symptoms are ‘normal’.”

The report also found that over 8 in 10 women have felt they were not listened to by healthcare professionals, and that nearly 2 in 3 respondents with a health condition or disability said they do not feel supported by the services available for individuals like them.

Minister for Women’s Health, Maria Caulfield, said of the results: “The responses from the call for evidence were in many ways as expected, particularly with regards to women’s priorities, but in some places the revelations were shocking.”

“Many of the issues raised require long-term system wide changes, but we must start somewhere.”

The Women’s Health Ambassador has seemingly been appointed to, in part, set about change relating to the issues and inequalities raised.

The government has stated that the Ambassador will “raise the profile of women’s health, increase awareness about taboo topics and support the government in implementing the strategy,” and that the role has been created “to help transform the vision into a decisive strategy and action.”

Ambitions in said vision include:

That women can access services that meet their needs across the life course.

That all women will have access to high quality information and education from childhood through to adulthood, in that all women feel supported in the workplace and can reach their full potential at work.

To embed routine collection of demographic data of participants in research trials to make sure that our research reflects the society we serve.

More details about the Ambassador’s role will be revealed when the Women’s Health Strategy is published in Spring 2022.

More like this
How Ovulation Affects Your Sense Of Smell, Libido, & More
By JR Thorpe and Lexi Inks
90 Epic Truth Or Drink Questions To Play 'Say It Or Shot It' With
By Bustle UK
Here’s Where The NHS Nurses’ Strike Currently Stands
By Sophie McEvoy
The Case For Following A Menstrual Cycle Workout Plan
By Emma McGowan and Carolyn Steber
Get The Very Best Of Bustle/UK
Sign up for Bustle UK's twice-weekly newsletter, featuring the latest must-watch TV, moving personal stories, and expert advice on the hottest viral buys.