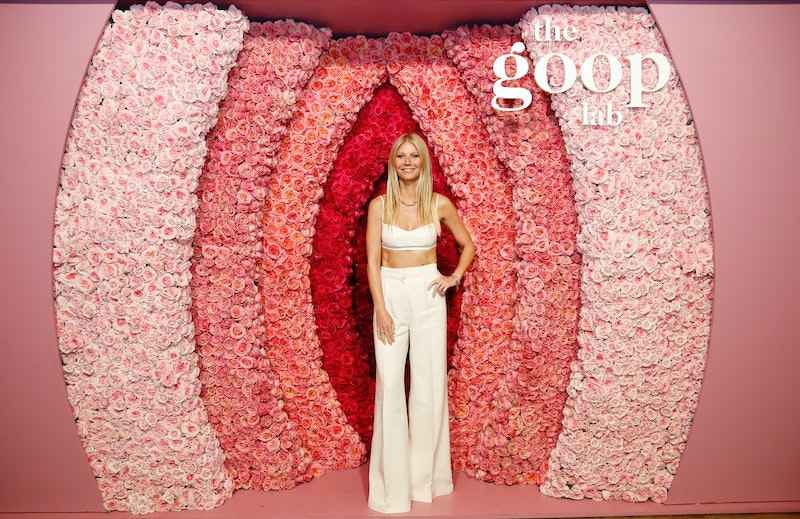 So, apparently, one of Gwyneth Paltrow's infamous "Vagina" candles has just exploded. After winning it as a prize, a woman has claimed that her goop vagina candle “exploded” in her living room. Judy Thompson from London said she won the candle from Paltrow’s wellness brand in an online quiz. The “This Smells Like My Vagina” candle was launched in Jan. 2020, when it unsurprisingly took the internet by storm and sold out. However, after lighting it, Thompson said that a 50cm-high flame leapt from the candle out of the glass jar.

Speaking to The Sun about the fire, Thompson claimed: “The candle exploded and emitted huge flames, with bits flying everywhere. I’ve never seen anything like it. The whole thing was ablaze and it was too hot to touch. There was an inferno in the room.” Thompson said they managed to get the explosion under control, opening the front door to their house. “It could have burned the place down,” Thompson continued. “It was scary at the time, but funny looking back that Gwyneth’s 'vagina' candle exploded in my living room.”

When I reached out to a representative at goop for comment on the report about the alleged exploding of the candle, they said:

“We’re in touch with the woman to see if she followed the specific fire safety instructions included with the candle, such as trimming the wick and not burning it for more than two hours. At goop, we vet the products we sell and make customer safety a priority, so we’ve alerted the manufacturer to the woman’s issue and have also reached out to her to send her some goop products to help pass the days in quarantine.”

The goop x Heretic “This Smells Like My Vagina” candle retails for £69 on Paltrow’s health and wellness website. It’s said to have notes of citrusy bergamot and cedar, with Damask rose and ambrette seed. You can buy it solo, but after it caught the attention of just about everyone on the internet Paltrow released more candles in the series: “This Smells Like My Orgasm”, and “This Smells Like My Prenup.”

Candles might be part of your regular self-care routine, but the “This Smells Like My” range is much more than that according to Paltrow. During an interview on Late Night With Seth Meyers the Hollywood star said: “It became a thing that was kind of funny to us, but also a little bit punk rock. A lot of us have felt degrees of shame towards our bodies and this is a subversive candle for all of us.”