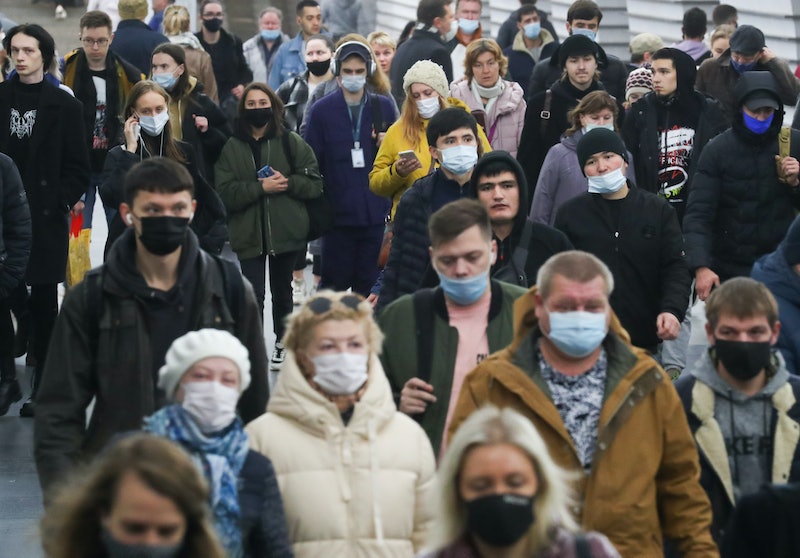 On Nov. 24, 2021, scientists in South Africa reported the discovery of a new variant of coronavirus – B.1.1.529 – to the World Health Organisation. By Nov. 26, the variant had become one of concern and was renamed Omicron, the 15th letter of the Greek alphabet. Since being called this, many have been struggling to say it correctly – often mistakenly referring to as “Omnicron”, as happened with President of the United States Joe Biden. So how exactly do you pronounce the Greek letter?

Well, as it turns out, there’s no definitive answer to that question. Merriam Webster states the pronunciation is “OH-muh-kraan”, with emphasis on the first syllable while the Oxford Dictionary says it’s “o-MIKE-Ron”, which follows the Greek compound “o mikron”, meaning “small o”.

Elsewhere, Dr. Andreas Willi, a comparative linguistics professor at Oxford, told the New York Times, “in classical Greek, the word was pronounced with the second syllable sounding like an English ‘me.’”

One way to figure out how to say the word is by watching Futurama. Fans of the animated series were quick to point out the new variant name had an eerie correlation to the fictional planet Omicron Persei 8, which is inhabited by large aliens who are constantly trying to invade earth. The leader of these aliens, Lrr, seems to pronounce the Greek letter as “OH-muh-krann.” Some fans have even suggested that the series predicted the variant – as has happened many times with Matt Groening’s other show, The Simpsons.

When the coronavirus variants first began to be named in May 2021, the World Health Organisation said they were “simple, easy-to-say labels”. But the more variants that were discovered, lesser-known letters of the Greek alphabet began to be used. The main variants of concern in the UK are Alpha, Beta, Delta, and Gamma, which are pretty easy to understand. But there are others that are deemed “variants of interest”, which include Lambda and Mu, as well as variants being monitored by the CDC like Epsilon, Iota, Eta, and Zeta, according to CNN.

If you’re familiar with the Greek alphabet, you may be wondering why Nu and Xi were skipped. Well, according to WHO, this was due to Nu sounding too similar to “new”, and Xi is a common surname. As the organisation said in a statement to CNN, they try to avoid “causing offence to any cultural, social, national, regional, professional or ethnic groups” with these names, hence the avoidance of Xi.

More like this
Gen Z Are Twice As Likely To Identify As Queer, According To New Data
By Sam Ramsden
10 Primal Movement Exercises That'll Improve Your Mobility
By Carolyn Steber
90 Epic Truth Or Drink Questions To Play 'Say It Or Shot It' With
By Bustle UK
How Many Burpees Should You Do Per Day? Here’s What Fitness Trainers Say
By Carolyn Steber
Get The Very Best Of Bustle/UK
Sign up for Bustle UK's twice-weekly newsletter, featuring the latest must-watch TV, moving personal stories, and expert advice on the hottest viral buys.