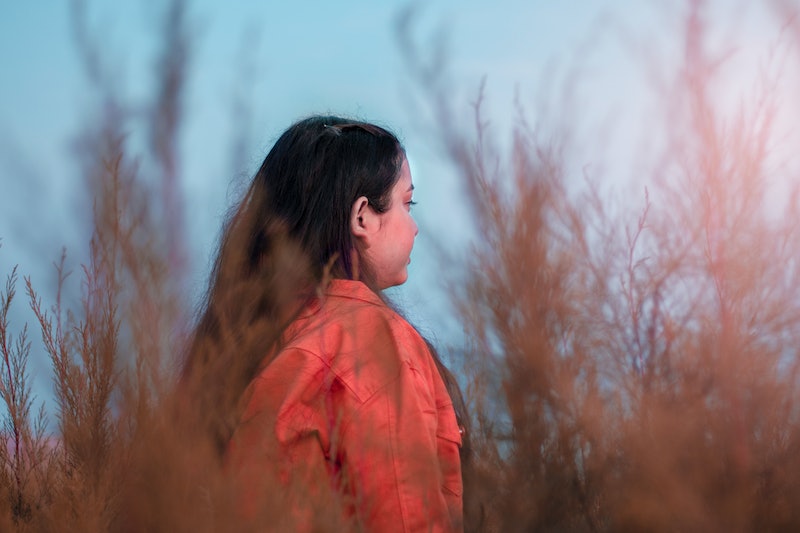 If you've got a friend in Europe who's able to take vacations again while you're stuck in the U.S. watching people refuse to wear masks, you're likely seething with envy right now. Being jealous or envious can take up a lot of time and emotional space, particularly in a world of people whose Instagram presence suggests they've never had a bad day in their lives. Feeling bad about someone else's success is very common, and looking at what happens in your brain when you experience envy gives us clues as to why it's so painful.

A lot of people use the words interchangeably, but jealousy and envy are technically different emotions. We feel jealous or possessive of the things we already have, usually when they're threatened by other people. We feel envious of others when they have stuff we don't. The two emotions light up different parts of the brain, and that reflects how they play out in your conscious life.

What Jealousy Does To Your Brain

"Jealousy is an emotional response to the perceived threat of losing a meaningful relationship to a third party," Dr. Sanam Hafeez Psy.D., a neuropsychologist, tells Bustle. "While jealousy is commonly associated with romantic relationships, it is a feeling that can arise in any form of relationship such as family, friendships, and even work as we become jealous of a new arrival in the office." She says it's hard to replicate it in a lab because it's so dependent on context — you can't just sit a couple down and tell one half to start feeling jealous.

Scientists have shed some light on jealousy and the brain, though, suggesting that it affects your frontal lobe. This part of the brain plays a crucial role in our emotional regulation and social functioning. A study published in Emotion in 2015 found that people experienced stronger feelings of jealousy if their left frontal cortex was stimulated.

Dr. Hafeez says that the lateral septum of the brain has also been linked to jealousy, because it processes "social pain," or the experience of feeling slighted or hurt by others in social situations. She notes that jealousy also stresses us out, and can trigger the brain to release stress hormones that cause a “flight or fight” response. This is why feeling possessive of somebody can make you feel so anxious or hurt.

Feelings of envy don't pop up in any one brain region. When you look at your neighbor's house or learn your coworker's salary, a study published in Human Brain Mapping in 2010 found, a part of the brain called the ventral striatum is activated. "The ventral striatum is part of the limbic system which is involved in decision making and reward-related behaviors," Dr. Clifford Segil D.O., a neurologist at Providence Saint John's Health Center, tells Bustle. If you feel worse after comparing yourself to someone else's success, your ventral striatum is responsible.

Another study published in 2016 in Nature Communications found that the anterior cingulate gyrus is likely involved in envy, because it processes what you learn from observing others. "The anterior cingulate cortex is involved in several complex functions such as empathy, emotion and decision-making," Dr. Segil says. This part of your brain is figuring out what it means that your sister is thriving in her dating escapades and you're still swiping.

Some researchers think this region also controls why envy feels so painful. The dorsal anterior cingulate cortex helps us sort out dissonances and conflicts, and also lights up when we're in pain. If it lights up when we're envious, it may make us feel that irrational, but still annoying anguish.

Can You Train Your Brain Out Of Being Jealous Or Envious?

Can you coach yourself to feel less envious and jealous? Dr. Segil thinks it might be possible. "It is my hope that people can learn from being envious," he says.

Studies support this, too. A study published in Scientific Reports in 2017 found that people were more likely to feel envy all the time (as opposed to occasional bursts) if they had a bigger dorsolateral prefrontal cortex, or DLPFC. The DLPFC plays a key role in higher-level brain functions like memory, focus, and attention. But the study also found that if people with a big DLPFC also had high emotional intelligence, they felt less envious. Your DLPFC might make you more inclined to envy, but if you push yourself to learn about emotions and other people's feelings, you can blunt its effects.

Dr. Hafeez agrees, noting that if you have persistent issues with jealousy, professional guidance might help. "Therapy is a good way to assess and address issues with jealousy or relationship impasses that can be triggering the response," she says. Whether you're constantly worrying about your partner's work wife, or feeling miserable that somebody from high school bought their dream house, a therapist or counselor might help you untangle your emotions, and rewire your brain to react in less painful ways.