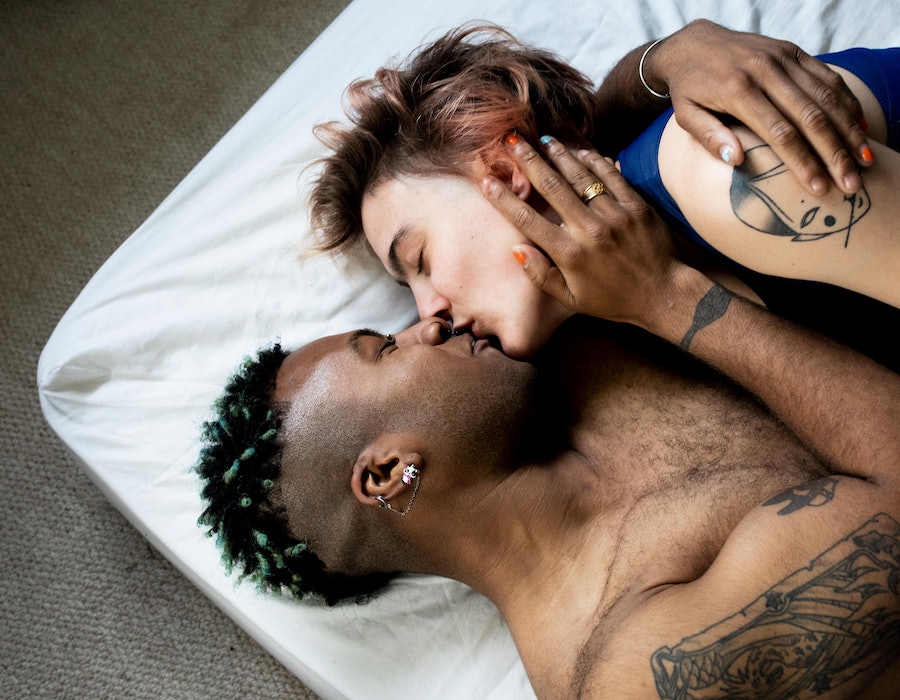 I grew up without any romantic relationships to observe. My grandfather died when I was 11, leaving me in the care of two excellent women – my mum and grandma – but I had no idea how relationships worked. So I began asking questions of almost everyone I met... Do you ever think about cheating? How does your upbringing influence your relationships? How do you know when to walk away?

When interviewing a 95-year-old Argentinian farmer who’d been married for 75 years, I decided to start recording my conversations and turn them into a book. Since then, I’ve interviewed hundreds of strangers between the ages of 8 and 95, across more than 40 countries, and done some serious research into what came up in those conversations; enter We Need To Talk About Love. Here are some of the things I learnt about love in the process…

There are massive advantages to being single

“I’ve been married, I’ve had a fiancé, I’ve had a boyfriend and now I’m alone,” explains Milena from Colombia. “When you’re in a relationship you make sacrifices to make the other person happy. Now that I’m single, I do what I want to do whenever I want and whenever it makes me happy.”

Research suggests that a lot of single people aren’t looking for a partner – the exact numbers vary from country to country, ranging from more than a quarter in Japan, to 55% in the U.S. But whatever the precise percentage, the evidence is clear: plenty of single people are happy on their own. Maybe that’s because, as one UK study found, they enjoy being able to spend their time and money as they like and love not being nagged.

But the downside is stigma

Despite the advantages of being single, the people I interviewed felt pressured to partner up; the assumption being that if you weren’t in a relationship, you had somehow failed or hadn’t been ‘chosen’.

“A lot of my friends in their late 20s or early 30s don’t have a boyfriend or girlfriend… and they are fine,” says Tammy from Chengdu, China. “I feel sorry for them because Chinese culture and Chinese people put them under a lot of pressure… They are called shengnu or shengnan, which means ‘leftover girls’ or ‘leftover boys’.”

Whatever someone chooses to do, ideally it should be exactly that: a choice.

Whatever someone chooses to do, ideally it should be exactly that: a choice. Preferably a conscious, positive, and considered choice, rather than one based on fear of intimacy or commitment, or, conversely, of being alone.

Love is built, not found

When sociologists analysed all the general audience films that made $100 million or more between 1990 and 2005, they found that in 75% of films, heterosexual romance was a main or significant plot point. Finding love was usually a magical solution that transformed not only the couple in question, but the world around them. Meanwhile, none of the films featured much, if anything at all, about how relationships are actually maintained. The message is clear: meet the right person and everything else will be banquets, ballrooms, and butterflies.

But love isn’t found, it’s built. “Love is a decision, not a feeling,” explains Liv in Italy. “I don’t think the decision is, ‘I’m going to fall in love,’ as attraction and falling in love are animal instincts. The decision comes after that... once you have fallen in love. You can stop it if it’s not right, for example, or you can choose to commit for better or for worse. If you choose to commit, it is a decision to love your partner when they’re disappointing you.”

Who you choose changes who you become

Researchers in the Seattle Longitudinal Study – which followed people for up to 35 years – found that couples became more similar over time. More specifically, the become more similar in their intellectual ability, vocabulary, and happiness.

“I guess when you meet someone you get on with, you’re like two cogs working together,” explains Paul, a teacher in Shanghai. “You may not necessarily fit together, but over time you shape each other. My boyfriend has made me a bit more self-aware, a bit more confident in knowing who I am.”

Love is a decision, not a feeling

The idea that your partner might change you is something philosophers have long recognised. Aristotle believed that things are often easier when you do them with someone else (be that eating healthily or exercising), and that choosing the wrong person (best friend or partner) could thwart your attempts in becoming “a good person.” So far, so logical.

Existential philosophers would argue it’s not only who you date that changes you, but the very act of choosing what to look for in the first place. By making the decision to look for kindness instead of cash, for example, Sartre would argue that you’re not just choosing the partner you want, or the life you want to lead. You’re choosing who you will become.

It’s a daunting prospect. But it can also be liberating because every decision becomes a fresh opportunity to shape yourself in a different way. So perhaps instead of thinking about what to look for in a romantic partner, the real question is: who do you want to become?