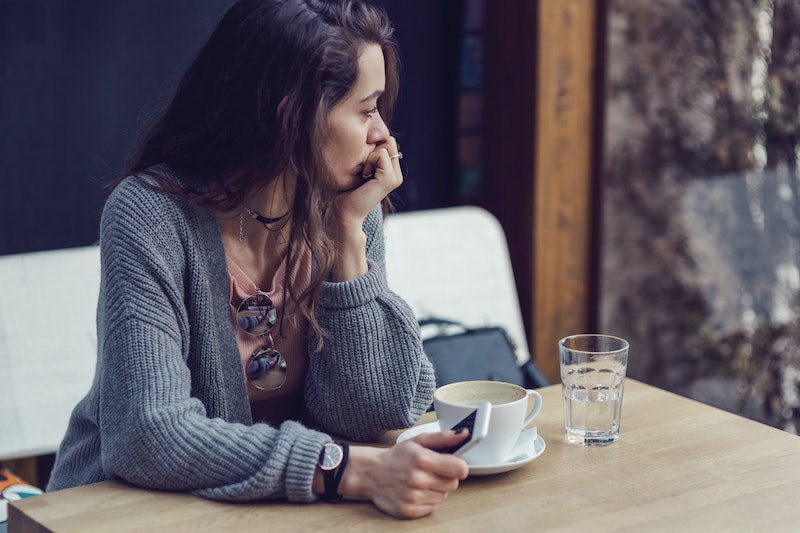 Andrew Kaczynski used to be a private person. As a CNN journalist who covers the alt-right, keeping his family and personal life offline was a safety issue. He’s been on the receiving end of hate mail and death threats for his coverage, so when his daughter, Francesca, was born in early 2020, he wasn’t exactly an “Instagram dad.” That changed on a September night, when Kaczynski rushed his infant to the emergency room for uncontrolled vomiting. Soon after, Francesca was diagnosed with the brain tumor that would ultimately take her life. Kaczynski tweeted the whole thing.

“That first post about Francesca was basically an act of desperation,” Kaczynski tells Bustle. “It was Saturday and we had gotten the pathology report back on Friday, and I just put that out there because we didn’t know what to do.”

Kaczynski’s inbox filled with messages. Parents of children fighting similar battles offered support and advice. Strangers told him they’d be praying for Francesca. “The outpouring of support we got was just beyond anything I would have ever expected,” he says. Suddenly, Kaczynski and his wife, Wall Street Journal reporter Rachel Louise Ensign, were no longer alone. Thousands of digital strangers were on their team.

Francesca’s death came at the apex of COVID-19, which has upended taboos about death and grieving. Had Kaczynski’s extremely public response come in 2019, it may have been harder for Twitter followers to digest. But America’s COVID-19 death toll is now well over half a million. One in three Americans know someone who has died from the virus.

As death announcements became virtual, grieving did as well. Hospital restrictions meant that many only saw their loved ones virtually before they passed. Funerals and memorials have gone largely online, and virtual support groups for mourners have sprung up on Facebook. The pandemic, it seems, has accelerated a shift toward a relatively nascent phenomenon: the highly intimate practice of sharing grief in live time.

“Part of the reason I chose to tell our story publicly [and] grieve publicly,” Kaczynski says, was that “it was therapeutic for me to not feel like I had to hide this and be silent about it.”

Bearing witness to the death of a loved one is an essential part of grieving, says Azadeh Aalai, Ph.D., an adjunct professor at New York University and an assistant professor at Queensborough Community College in New York. As our lives went increasingly digital, she says, it’s no surprise that grief did, too.

In a July 2020 study in Proceedings of the National Academy of Sciences, researchers found that for every COVID-19 death, an average of nine close family members were left behind to grieve, and isolation bred loneliness. “These people who are grieving are left to do it in a way that's more lonely than we've ever grieved in all of human history,” says co-author Rachel Margolis, a sociologist at the University of Western Ontario.

Adds co-author Emily Smith-Greenaway, “What's so fascinating and devastating about a mass mortality event like COVID-19 is that we're experiencing grief in this really collective way, and that grief and pain really traverses personal loss, and it becomes something that kind of connects strangers.”

Kaye Steinsapir, a California lawyer, began documenting her daughter’s weekslong journey from the back of the ambulance. Her daughter, Molly, had gotten into a bike accident that resulted in a traumatic brain injury. Like Kaczynski, Steinsapir tweeted because she needed to do something. “I was so helpless,” she told The New York Times in February. “I just wanted to broadcast to anyone who could lift Molly up in prayer and could lift me up in prayer, too.” She tweeted long threads about Molly and continues to do so after her death. (Molly passed away in February.)

On Instagram, too, COVID-19 carved out new space for mourning with an audience. In April 2020, fitness influencer Amanda Kloots posted a call for prayers for her husband, actor Nick Cordero, who’d been put on a ventilator for then-undiagnosed coronavirus. Kloots frequently posted candid updates on his condition, coining hashtags like #WakeUpNick and #OffTheVent. When he passed away in July 2020, she wrote a long caption to her followers. “I cannot begin to thank everyone enough for the outpour of love, support and help we’ve received these last 95 days,” she wrote.

It’s tempting to assume that posting about grief triggers some sort of positive neurochemical or happiness hormone. Studies have shown that our brains do get a jolt of dopamine — a chemical that makes us feel happy — when we use social media. And while that quick dopamine rush might extend to people like Kaczynski, Steinsapir, and Kloots, grief is more complex and manifests in biochemical, physiological, and psychological ways.

“It is reductionistic to presume that the difficulty associated with the process of grieving can be explained merely by chemical processes in the brain,” Aalai says. In fact, a 2016 study published in the Journal of the American Medical Association found that chemical antidepressants alone can’t alleviate grief. “The healing benefits that come from sharing one's grief are related to how community-building and social support is important in the face of any stressor or life transition,” Aalai says.

I ask Kaczynski about he and his wife’s grieving process. “How are we coping?” he says. “I don't know that we are.”