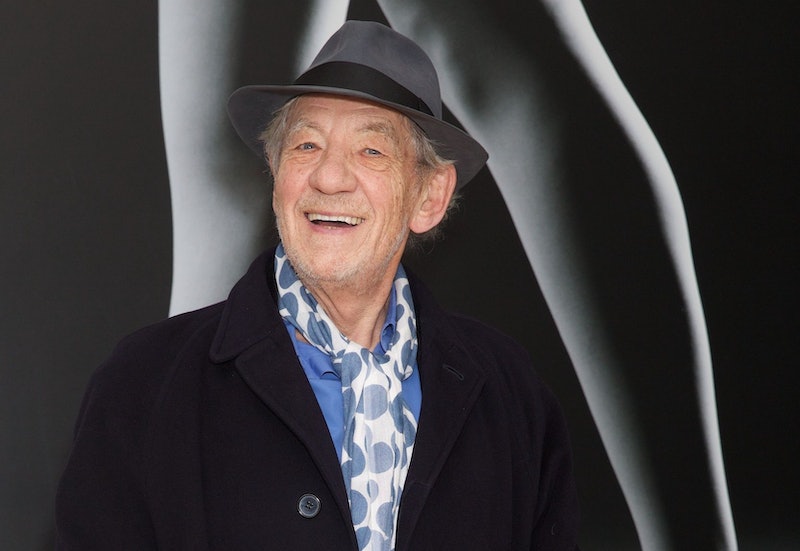 Sir Ian McKellen is the latest star to get the COVID vaccine, joining the likes of other famous faces including Prue Leith and Marty Wilde, both of whom have also been vaccinated this week. The 81-year-old actor had his jab administered at Queen Mary's University Hospital in London and was at the front of the queue for the vaccine due to his age. Along with care home residents and NHS workers, the elderly are being granted access to the injection first.

McKellen revealed that, following his jab, he felt "euphoric" and would recommend the vaccine to anyone and everyone.

"It's a very special day, I feel euphoric," he began. "Anyone who has lived as long as I have is alive because they have had previous vaccinations, the take up amongst the older generation will be 100% – it ought to be – because you're having it not just for yourself but for people who you are close to - you're doing your bit for society."

He added: "Of course, it's painless ... it's convenient, and getting in touch and meeting NHS staff and saying thank you to them for how hard they've been working is a bonus."

He later tweeted, "I feel very lucky to have had the vaccine. I would have no hesitation in recommending it to anyone."

The star was photographed having his jab while dressed in a blue t-shirt and bright rainbow scarf. That's how you do it, guys.

As mentioned, the first doses of the Pfizer-BioNTech are currently being rolled out to those over the age of 80. It is administered in two doses; an initial jab and a follow up one three weeks later.