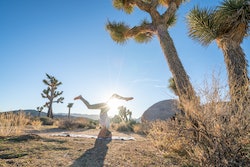 If you've ever had déjà vu — that feeling that what you're currently doing has already happened — then you know it can feel like being in the twilight zone. However, there are things your brain is trying to tell you when you experience déjà vu. While déjà vu, which is French for "already seen," can make you feel like you've known someone or been somewhere before, it's likely all in your head, according to science. Scientific American reported in 2014 that small seizures in the brain responsible for memory formation and retrieval could be the reason something suddenly feels familiar, despite your having never experienced it before.

Cognitive scientists actually know exactly what happens in your brain when you experience déjà vu, neuropsychologist Sanam Hafeez, Psy.D. tells Bustle. "One section of the hippocampus, a small curved part of the brain, activates two different neural circuits which concurrently absorb your present experience while the second circuit assesses memories," she says. "This occurrence gives us the sense that we have seen or experienced something before." This misfiring is often nothing to worry about; a 2003 study published in The Journal of nervous and mental disease found that over 70% of people experience it. If you're wondering what your brain is trying to tell you, though, this is what déjà vu might communicate.

1. You're Not Paying Attention

Apparently, the more distracted you are, the more likely you are to experience déjà vu. This is called the split-perception theory; if you're looking at your phone or distracted by something else, and only glance around quickly, your perception might be split into two parts rather than one, and makes your hippocampus slightly confused. Look at things more closely, though, and the feeling will likely dissipate.

Sometimes when you have déjà vu it might not actually be déjà vu at all. The feeling of familiarity could be happening because you've actually had the same experience in the past but simply don't remember it. A study published in Current Directions In Psychological Science in 2008 found that déjà vu can often be related to things you've seen and done, even if you don't remember it. Interestingly, research published in Consciousness & Cognition in 2018 discovered that space matters when it comes to déjà vu; if a place is laid out in the same way as another location, you might experience déjà vu, even if the two places look nothing alike.

While you might think of your eyes as pair with each eye being equal, most people have a dominant eye, which could contribute to feelings of déjà vu, Dr. Michael Roizen and Dr. Mehmet Oz explained in the Cleveland Plain Dealer. "If that stronger eye sends information to the subconscious before both eyes focus and register the input as a conscious experience, your brain will tell you, 'I've seen that before.' And you have — but it was just a nanosecond ago." There's no scientific evidence to back up this theory right now, though.

If you've been skimping on sleep and are having more experiences of déjà vu than is normal for you, your brain is likely telling you to get more shut eye. Stress, exhaustion, and traveling a lot can all trigger more frequent experiences of déjà vu, according to Penn Medicine. It's not known why fatigue or stress might make you experience déjà vu more often, but it's possible that the strain might make the brain more likely to misfire or make mistakes.

5. Your Memory Is Correcting Itself

One of the reasons people experience déjà vu is due to something called memory mismatch, according to a study published in Frontiers in Neuroscience in 2013. The researchers note that brain regions associated with memory conflict might be behind déjà vu, and describe memory conflict as the conscious awareness of a discrepancy in memory signals being corrected. The hippocampus, according to this theory, produces déjà vu because you're remembering something slightly incorrectly.

While a little déjà vu now and then is very common, getting it a lot can be a signal that something's awry. "Déjà vu is commonly reported by patients with epilepsy," Hafeez tells Bustle. For people with the disorder, déjà vu can be caused by focal seizures, which occur in small parts of the brain and can induce disorienting feelings and experiences, like tasting something that isn't in your mouth. "If it happens increasingly or is accompanied by other symptoms such as abnormal visual experiences, or problems with your vision, or motor operations like mouth or facial movements you can inquire about your experience with your doctor," Hafeez says.

7. The Déjà Vu Happened In A Past Life

If you do believe in past lives, Dr. Judith Orloff, author of Second Sight: An Intuitive Psychiatrist Tells Her Story and Shows You How to Tap Your Own Inner Wisdom, wrote on her blog that déjà vu can occur when you experience something now that has already happened to you in a past life. She uses an example of woman who met someone and knew right away that she was going to marry that person. The couple both felt as if they had known each other their entire lives.

"There are situations that are glitches in time, when the rules bend and the mystery takes hold. Enchanted moments that sparkle. These are déjà-vus. They can take place anywhere, at any time and with anyone," Orloff explained. "Your real estate agent might show you a house that feels so familiar and right, you instantly know it is yours. Or perhaps you are in a restaurant and sense an inexplicable kinship with a woman sitting in the back corner booth. Don’t let these possibilities pass you by. Take notice; investigate."

It's worth noting that a study of déjà vu in Psychological Science in 2018 revealed that while people who experienced it felt very strongly that they were able to predict future events based on it, the feeling seemed to be illusory. It's common to feel that your experience with déjà vu is supernatural, this study says, but it's hard to prove.

8. You're On The Right Path In Life

Life is basically throwing a bunch of stuff at a wall and seeing what sticks, and you might not always be sure you're on the right path. According to a blog by Radhika Mehrotra on Speaking Tree, déjà vu might be your brain's way of telling you that you're heading in the right direction. It's basically a message from your higher self telling you to keep going. Again, there's no scientific evidence for this, but it's a nice thought if you want some reassurance.

9. You're Experiencing The "Tuning Fork" Phenomenon

If you're like Fox Mulder on the X-Files, and you believe in the existence of more than one universe, you may want to consider that your déjà vu is a result of something called the tuning fork phenomenon. "The tuning fork phenomenon relates to when the frequencies of a person’s mind temporarily match the frequencies of minds of other living people or subtle bodies in the afterlife," the Spiritual Research Foundation noted.

Whatever the reason is for your eerie experiences, it's usually totally normal and you're going to be just fine. If your experience of déjà vu is worrying you, though, it might be reassuring to chat to your doctor or a neurologist.

More like this
14 Easy Ways To Find Joy During The Holidays
By Carolyn Steber
9 Balance Training Exercises That'll Improve Your Mind-Body Connection
By Carolyn Steber
6 Unexpected Causes Of Post-Workout Fatigue
By Carolyn Steber
I Visited Remedy Place, The Social Club Transforming The Wellness Industry
By Rachel Lapidos
Get Even More From Bustle — Sign Up For The Newsletter

This article was originally published on Feb. 27, 2018