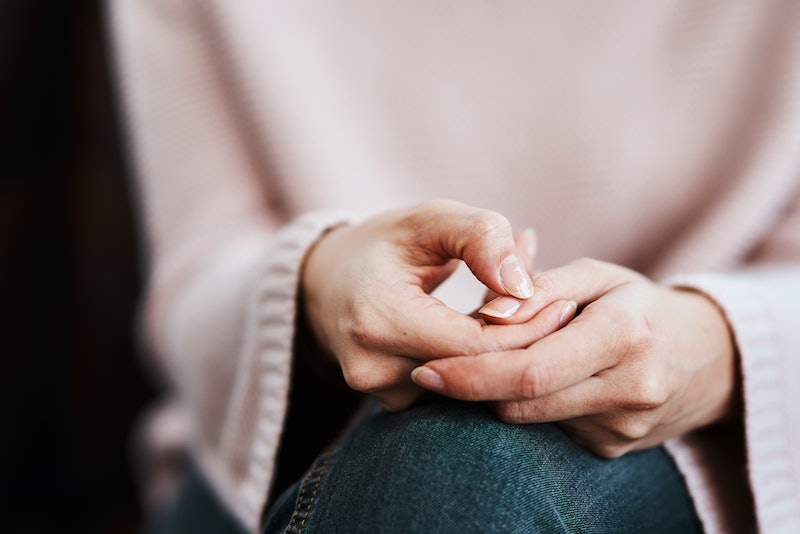 When Melania Geymonat and partner Chris were attacked on a London bus last year the incident stunned the country. In the homophobic assault, the couple was beaten up and robbed by a gang of young men after refusing to kiss. The photo of their bloodied faces circled social media, opening up a necessary conversation about the nature of hate crimes in the UK. Months after the horrific attack, they are supporting an ongoing campaign by Citizen UK to make misogyny a hate crime.

“We were beaten up by a group of young men, who demanded that we kiss. It started off with aggressive harassment and quickly escalated into assault and robbery,” they said in a statement, per The Guardian. “In the wake of being subjected to a homophobic hate crime we have been looking to find ways to ensure that we prevent other, more vulnerable people, from having to go through the horrors we did.”

The 'Make Misogyny A Hate Crime' campaign was first launched in 2014 in Nottingham following a large study of the experiences of hate crime in the city by an alliance of citizen groups. According to Citizens UK "an overwhelming majority of young women (85%) and nearly half (45%) of all women have been sexually harassed in public places." Yet, while women continually face harassment more men "only one in ten receives help after these incidents," per Pink News, as victims have no way to report misogyny under the current UK hate crime laws.

The campaign, backed by former police chiefs and MPs, saw Nottinghamshire Police become the "first police in the country to allow women and girls to report cases of misogyny." Retired police chief constable, Sue Fish, who introduced the reporting of misogyny as a hate crime in Nottinghamshire in 2016, says the move has helped women walk "with their heads held high."

Per The Guardian, she said: “Making misogyny a hate crime was one of the simplest tasks I’ve ever done working in the police – and yet the results that we saw were incredible,” “Some of the feedback we had was that women, for the first time, described themselves as walking taller and with their ‘heads held high’.”

Following Nottinghamshire's success, there's continued pressure to make misogyny a hate crime nationwide such as Manchester's student-led crusade 'Misogyny is Hate'. Fish believes that the changes to law not only help protect women but also change attitudes within the police force. “Their idea of what a victim was like suddenly became very different,” she said. “It also became a mechanism to challenge unprofessional behaviour and to have a different conversation, not just about sexism, but about the impact of behaviour and language in general.”

More like this
Gen Z Are Twice As Likely To Identify As Queer, According To New Data
By Sam Ramsden
90 Epic Truth Or Drink Questions To Play 'Say It Or Shot It' With
By Bustle UK
Storm Reid Is A Morning Routine Girlie
By Carolyn Steber
The Crab Walk Exercise Improves Your Posture & Overall Strength
By Carolyn Steber
Get The Very Best Of Bustle/UK
Sign up for Bustle UK's twice-weekly newsletter, featuring the latest must-watch TV, moving personal stories, and expert advice on the hottest viral buys.