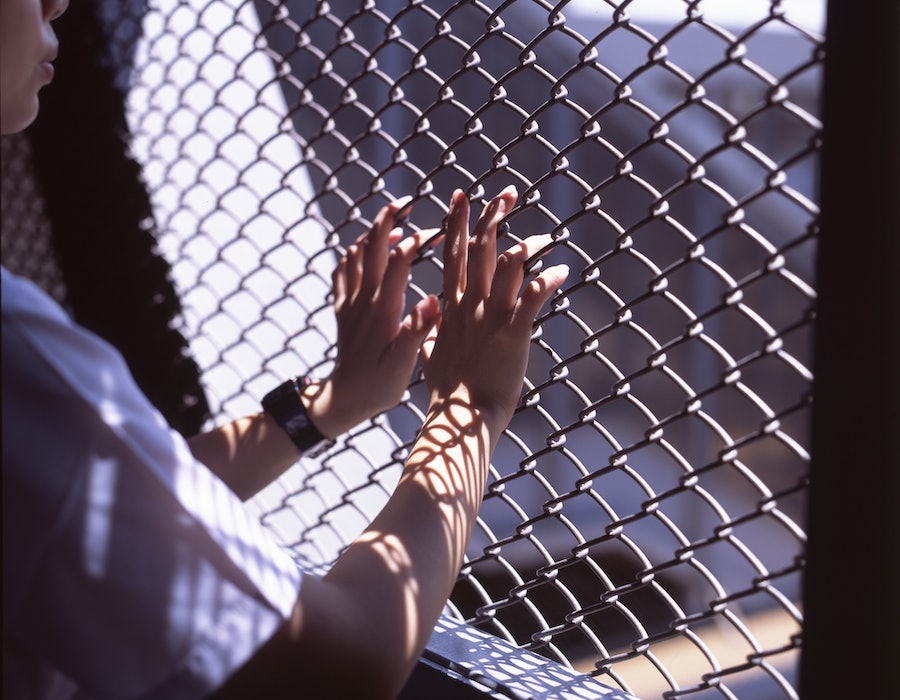 Changes in law that look to benefit women are often applauded. Whether that be legislation that sets targets for more convictions for domestic abuse crimes, or the law that was passed in 2019 to make upskirting illegal. But how effective is this approach? There is a term – carceral feminism – that is used to describe the type of action that pushes for increased policing, prosecution and imprisonment. But as author and abolitionist activist Victoria Law argues in her essay for Jacobin, it’s something we need to carefully consider rather than automatically support. Carceral feminism, Law argues, “ignores the ways in which race, class, gender identity, and immigration status leave certain women more vulnerable to violence, and that greater criminalization often places these same women at risk of state violence.”

What this branch of feminism often fails to recognise is the need for a reform of the whole system. The prison-industrial complex – described as the overlapping interests of government and industry, using surveillance, policing, and imprisonment as solutions to economic, social and political problems – completely decimates lives and families, fueling the social factors that lead many to reoffend. It’s clear, therefore, that the current conversation around police and prison abolition is intrinsically a women’s issue.

Calls to reform the police have switched in mainstream media, with an emphasis on abolition, following the death of George Floyd in May this year, and again with the shooting of Jacob Blake in Kenosha, Wisconsin. But, this approach would never be sufficient, as it essentially aims to prop up a flawed system and expand its capacity; subsequently increasing the potential harm caused by the police. So what is abolition and what does it provide that reform simply doesn’t? Firstly, let’s take a look at what this idea actually means. Writer and abolitionist Imani Robinson describes it as “dismantling and disinvesting from policing, prisons, surveillance, and from the carceral system that makes us believe that punishment is the only way to respond to harm.”

While it might seem like there have been prisons for as long as there has been society, this is not the case – prisons and police, as institutions to deliver justice and reform, are in fact only 200 years old. We are told the system exists to keep us safe, yet there seems to be little consistent correlation between levels of incarceration and a fall in crime. “I think one of the fallacies about prison is that it is used to protect the public from individuals that pose the threat of violence,” Kate Paradine, CEO of Women In Prisons tells me. “If you take a close look at who's in prison, in terms of mental ill health, substance issues, poverty, and race, you can see that failing to address issues in the community is what brings people into the criminal justice system.”

Our current criminal justice system is set up to maintain the victim-perpetrator scenario. However, women in punitive custody are five times more likely to have mental ill health than those in the general population, and 70% of women in prison are survivors of domestic abuse. “There's no such thing as a ‘good’ and a ‘bad’ person, but the punitive justice system requires us to believe that there is,” says Robinson.

These moral ideals are used to further demonise other marginalised groups. We see this in the way the police act as immigration enforcement in situations of domestic violence, rather than protecting victims. Despite previous challenges, the Metropolitan Police recently revived their push to report victims of crime to the Home Office, per The Guardian.

Though the number of police-recorded rape offences has doubled over the last six years, the number of prosecutions is at the lowest level since annual recording began. Speaking about the shocking figures, Dame Vera Baird QC, the victims’ commissioner for England and Wales, told the Guardian that rape was effectively being decriminalised, creating more victims and offenders in the process. If that weren’t enough of a failure, there is the added abuse and/or neglect women are subjected to, be they victims or criminals, at every level of engagement with the criminal justice system. A study conducted by the Commission on Sex in Prison in 2014 found that women in prison or in detention centres are often subjected to sexual coercion or harassed by officers. “The vast majority of abuse goes unnoticed let alone unpunished,” Paradine tells me. “To start from the place that people are held accountable for their acts is wrong, it’s just not happening. And even if you were to bring all those individuals that commit these offences to account, that still doesn't address the fundamental issue of inequality.”

Shouldn’t justice be preventative, rather than a catalyst for more harm?

Prison takes the already precarious states of women and exacerbates them. The very nature of prison – as an institution designed to punish – means it is impossible for deeper issues to be properly addressed, says Paradine. “Offending very often is to do with mental health, substance abuse, poverty, and domestic abuse,” she explains. “If women aren't homeless before they get to prison they often are afterwards, and even if you get a short sentence – 80% of women are sent to prison for nonviolent offences, like theft and shoplifting – it is enough to lose your home, children, and your job.”

The ways in which the current justice system fails women – denying them of justice as victims, or rehabilitation when convicted of crimes – is clear to see. But it is the same systems that feminists seek to fortify through campaigns that promote criminalisation. The result only further endangers women.

It begs the question: what should justice actually look like? There is no universal answer to that, but broadly speaking, justice must be transformative and restorative, rather than punitive. This means that it must be led by the community and centered around the needs of victims, without relying on the state to intervene and punish individuals under the guise of justice. Abolition forces us to challenge everything we understand as the norm in society and reimagine how we respond to interpersonal violence. Shouldn’t justice be preventative, rather than a catalyst for more harm?