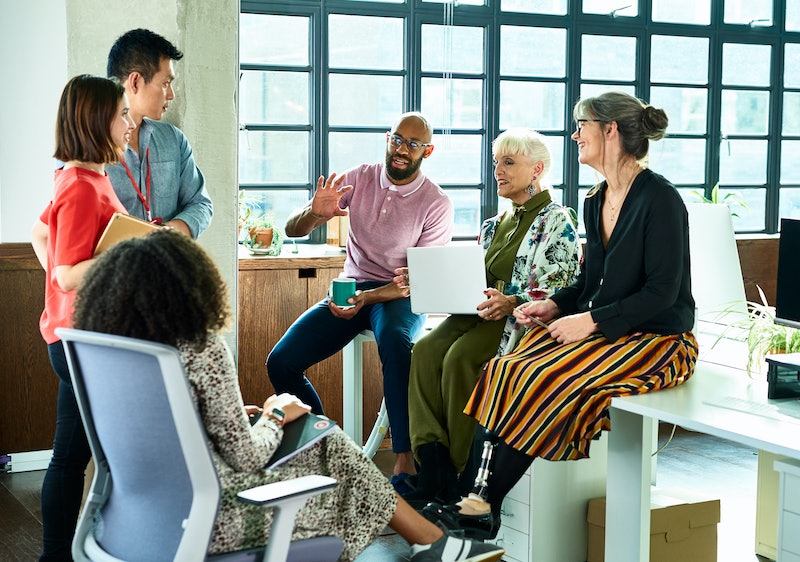 A new parliamentary inquiry has been launched by the Women and Equalities Committee to examine if current laws do enough to prevent workplace discrimination against people experiencing the menopause.

The inquiry is currently accepting submissions in its call for evidence, which will be open until September 17, 2021. Within it, the Women and Equalities Committee are asking questions such as:

According to a survey conducted by BUPA and the Chartered Institute for Personnel and Development (CIPD) in 2019, three in five menopausal people between the age of 45 and 55 have had a negative experience in the workplace. The same survey found that almost 900,000 people had left their jobs because of menopausal symptoms.

Speaking about these findings, the Women and Equalities Committee said people in this age group “are likely to be eligible for senior management roles, and so their exit can lessen diversity at executive levels. It can also contribute to the gender pay-gap and feed into a disparity in pensions.” According to Bloomberg, people in this age group account for 11% of the workforce in the G7 Industrialised Nations.

Committee Chair Carolyn Noakes told the Guardian that “[e]xcluding menopausal women from the workplace is detrimental to our economy, our society and our place on the world stage.”

Noakes added, “Despite the fact that hundreds of thousands of women in the UK are currently going through the menopause – a process that can be both physically and mentally draining – it is ignored in legislation. It is time to uncover and address this huge issue, which has been left near-invisible for far too long.”

Currently, under the Equality Act 2010, menopause discrimination falls under three protected characteristics: age, sex, and disability discrimination. Safe working is also protected under the Health and Safety at Work Act 1974.

However, MPs have called for further protection, demanding a specific menopause workplace policy. In 2019, Labour politician Carolyn Harris said, “You wouldn’t dream of having a workplace where people weren’t entitled to certain things because they were pregnant, and it’s exactly the same for women with the menopause.”