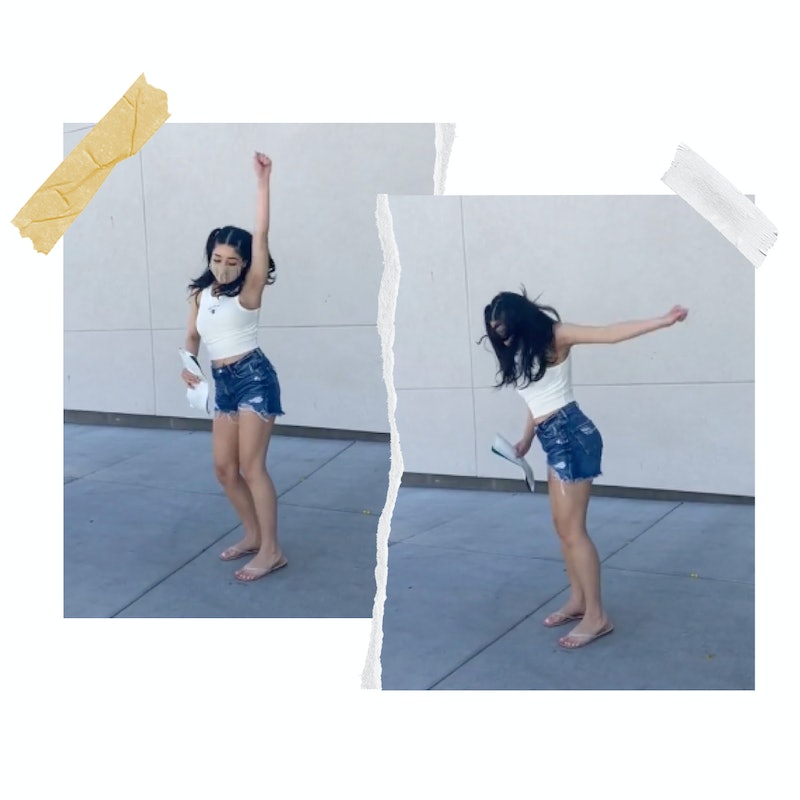 The minimum age for getting a COVID jab is continuing to lower in the UK and abroad and you know what that means: vaccine TikToks. And if you’re an avid user of the video-sharing platform, you may have already come across one vaccine trend that’s going viral. “The windmill” is a post-vaccine trick that some users having been trying out but what exactly is the thinking behind it?

“The windmill” is a pretty basic trend to get your head around: TikTok users are posting videos of themselves post-jab swinging their arm around in a bid to try to avoid any pain in the days following.

In the caption for one, the poster wrote, “this sh*t better work so my arm doesn’t hurt tomorrow fr #vaccinated #vaccine #pfizergang #vaccinequeen #fyp #foryou.” Another said, “Tik-Tok said human windmill, I said bet ##vaccine##pfizer##AerieREAL.” A third shared the video of herself swinging her arms around and laughing, captioning the clip, “fully vaccinated.”

Most of the poster are having fun with the unusual new trend, setting “Too Player” by Vinny West as the soundtrack to their windmill.

Sadly, although the windmill trend makes for some hilarious content, medical experts have confirmed to the Guardian that it won’t actually have any impact on the soreness of your arm beyond a placebo effect.

“It’s harmless, looks very silly, and won’t do anything. The sore arm does not actually happen immediately as the immune response has not yet happened, and not everyone gets it either,” Beate Kampmann, professor of paediatric infection and immunity and director of the Vaccine Centre at the London School of Hygiene and Tropical Medicine told the Guardian.

A spokesperson for AstraZeneca said they were “loth to rule anything out” when it comes to helping with post-vaccine aches but they were “certainly not aware of it being helpful.” Pfizer and Johnson & Johnson both told the Guardian that there was not sufficient scientific evidence for them to be able to comment.

Elsewhere, Azeem Majeed, a professor of primary care and public health and head of the Department of Primary Care & Public Health at Imperial College London, looked on the positive side, saying “If it raises awareness of the jab and makes it seem like a joyful, playful thing, then that’s a very good outcome to the dance.”

More like this
Here’s What TikTok's "Mascara” Trend Is *Really* About
By El Hunt
Bonnie Milligan's Wellness Routine, From Daily Journaling To Drugstore Teas
By Jessica Derschowitz
18 Hinge Prompt Answers To Try If You’re Looking For Something Casual
By Lexi Inks
Why Being “Too Sensitive” In Relationships Is A Good Thing
By Lexi Inks
Get The Very Best Of Bustle/UK
Sign up for Bustle UK's twice-weekly newsletter, featuring the latest must-watch TV, moving personal stories, and expert advice on the hottest viral buys.